The right policy for Oregon at the right time

by Kristen Sheeran on May 28, 2015
Oregon has come a long way to address its carbon footprint. Our state can boast innovative land-use policies alongside significant investments in energy efficiency, mass transit, and protecting public lands. The environmental ethic runs strong here, and all across the state, families, communities, and businesses are taking their actions to minimize their own impacts on Oregon’s environment.
That’s why it’s so frustrating that Oregon’s biggest climate polluters can still pollute for free.
Hopefully, that’s about to change.
An exciting bill making its ways through the legislature would hold major polluters accountable for their contributions to global warming, require Oregon to achieve its legislatively adopted climate goals, and level the playing field for clean energy development in our state. It is called The Climate Stability and Justice Act, or House Bill 3470, and it’s the vital next step in Oregon’s transition to clean energy.
In 2007, the Oregon Legislature adopted strong, science-based carbon reduction targets of 10% below 1990 levels by 2020 and 75% below 1990 levels by 2050. The problem is, Oregon is failing to meet these obligations—and it is missing out on important economic development opportunities as a result.
The Climate Stability and Justice Act would simply require the state to achieve its legislatively adopted climate goals. It would consolidate and expand Oregon’s climate policies into a comprehensive framework that could be carefully monitored and enforced. The framework itself would be flexible and market-friendly. It would encourage adoption of the best available technologies and cost-effective pollution reduction strategies. It would also give Oregon the opportunity to link to market-based systems in other states or regions.
The program would have the potential to generate carbon revenues which could be reinvested into creating good-paying, clean economy jobs and economic opportunities across Oregon. By design, it would take care to ensure that low income communities, rural communities, and communities of color are not disproportionately impacted. It would also direct pollution reduction investments toward benefitting these communities.
By establishing firm limits on carbon pollution, the program would provide Oregon businesses with the certainty they need for long term planning and investment and position those businesses on the leading edge of innovation. Forward looking businesses want to be ahead of the curve, making business decisions that account for the true cost of carbon pollution. Years of worldwide experience, and recent modeling by Portland State University, show that we can meet our pollution reduction goals while continuing to grow our economy and jobs.
Oregon is already paying the cost of climate impacts, while polluting remains free and its clean energy jobs under-developed. As we head into a summer of major droughts and anticipating record-setting forest fires, Oregonians will become even more keenly aware of how global warming is harming them. Delaying action will only make addressing global warming vastly more difficult.
The Climate Stability and Justice Act is the right policy for Oregon at the right time. 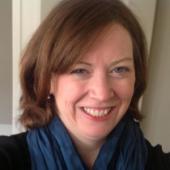