It was a glorious sunny evening outside this past Tuesday, but that didn’t stop about 160 community members from coming inside to the oil train forum "Coastal Washington—The Oil Industry Sacrifice Zone" in Grays Harbor. Communities around Grays Harbor and the Washington coast find themselves on the front lines of a struggle, as fossil fuel companies are proposing new oil-by-rail projects which would send huge quantities of volatile Bakken crude by rail through the area.

At this week's forum, fishermen, faith leaders, indigenous people, all stood on stage with a strong message: the people can work together to ensure that we don’t allow Grays Harbor to become a sacrifice zone to the fossil fuel titans.

Fawn Sharp, President of the Quinault Indian Nation, welcomed everyone to the forum, offering eloquent, impassioned remarks about her people and their relationship to the land and waters. She detailed what is at stake if we continue down a path of fossil fuel dependency, and concluded, “we are facing a global crisis because of climate change.  She said that Governor Inslee had called her in March to say, “We’re going to declare a state of drought in three regions, and yours is one of them.”

Larry Thevik is a 45-year veteran commercial fisherman, and president of the Washington Dungeness Crab Fisherman Association. In an informative presentation, he showed that 31% of the workforce in Grays Harbor County are dependent on marine resources--resources that are particularly vulnerable to environmental threats from oil spills and contamination. Thevik noted that 19 years after the Exxon Valdez oil spill in Alaska, appeals for relief were still tied up in the courts. Today. 25 years after the disaster, Exxon still owes $92 million to those affected. Cleaning up after at-sea spills turns out to be neither an art nor a science--"recovery" efforts typically results in just 10-15% actual recovery of spilled contaminants.

Ocean Shores Mayor Crystal Dingler also focused on the environmental and economic threat of oil spills, projecting onscreen a slide reading “Beach, Birds, Clams and Oil.” She asked the audience rhetorically, “Which one doesn’t belong?” She told the audience that she lives in the most beautiful place on the Earth, and that it meant a lot to the folks of Ocean Shores, that so many people were joining them in solidarity to halt oil-by-rail in Grays Harbor.

Another powerful speaker, Jessie Dye of Earth Ministry, described the birth of her organization as the result of the 1988 Nestucca oil spill near the mouth of Grays Harbor. A group of faith leaders from the Northwest volunteered at the Ocean Shores Conference Center after the spill to help clean oiled shorebirds. While facing the terrible consequences of that (relatively small) barge accident,  they realized the need to put their faith into action by protecting the natural world. In the years since, Earth Ministry has become the leading statewide voice of the religious community advocating for clean energy and opposing fossil fuels projects that would endanger local ecosystems, fisheries, and human communities. A strong group of faith leaders in the waterside communities of Aberdeen and Hoquiam are also saying no to oil-by-rail proposals. Dye described them as part of a much larger religious community across the state, region and the whole country who profess together that all God’s children can do better than putting money into toxic fossil fuel projects. Dye also announced that Pope Francis will be releasing an important official statement on climate change next week.  The papal encyclical is expected to highlight the urgent need to choose good, green jobs over dirty and dangerous oil and coal.

Eric de Place at Sightline Institute was a perfect moderator for the forum. He painted a stark picture of the threats this part of the Northwest will be facing, with fossil fuel industry proposals on the horizon which would create a massive influx of both oil and coal coming through the area by rail, threatening local communities' health and economic stability as well as our climate. De Place was quick to add, however, that these horrors are still only proposals. We can stop them, he argued, by clearly drawing a powerful, thin green line denying the fossil fuel giants the permits they need. Facing powerful opponents, the attendees of this forum still seemed energized and ready to fight for a healthy and prosperous future!

Many thanks are due to the Citizens for a Clean Harbor for the organizing they are doing in Grays Harbor, as well as to the many other organizations that helped make this forum a success: Climate Solutions, Earth Ministry and Washington Interfaith Power & Light, Friends of Grays Harbor, Grays Harbor Audubon, Grays Harbor Coalition for Infrastructure, Sightline Institute, WA Dungeness Crab Fisherman Assoc., Washington Environmental Council and Washington Physicians for Social Responsibility

Please stay engaged with the struggle to stop oil trains from threatening our coastal communities: please sign up to receive action alerts! 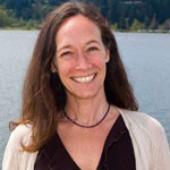