A Little Something for Everyone to Hate

On June 23, Spokane community members gathered to speak out against a proposed crude oil terminal in Grays Harbor and Vancouver, WA, as well as coal export proposals in Longview and Bellingham, WA. Why would people in Spokane worry about terminals hundreds of miles away? Because giant trains would thunder through the city every day, carrying, dirty coal and explosive shale oil from the Bakken fields and heavy tar sands oil from Alberta to Vancouver, WA.

Concerns about coal and oil trains range from negative impacts on the local economy, public safety from train derailment (which often results in deadly explosions), delayed emergency response time from blocked roads, and damaging environmental impacts near and far. As Eric de Place at Sightline Institute observed during the forum, “There’s a little something for everyone to hate.”

The forum featured four speakers, one of whom was Twa-le Abrahamson, the Spokane Tribal Air Quality Coordinator, who stated her tribe opposes the Vancouver crude oil terminal, because of its “effects on human health and water quality.” (The Spokane Tribe is one of five tribes in the nation to use the Clean Air Act to re-designate their reservation as a Class 1 Air Shed, which prevented the construction of a proposed coal fire power plant in 1983.)

Jen Wallis, a member of the International Steering Committee for Railroad Workers United, recalled the Skykomish River oil spill cleanup from nearly a century ago.

“That whole story started back in 1920,” she said. “That’s when the residents of Skykomish, WA started complaining about the oil.” It took more than 70 years for Burlington Northern Santa Fe (BNSF), the railroad that owned and operated the tracks, where an oil train had derailed and spilled its contents into the Skykomish, to consider the complaints about the damages, and 13 more years to take action in 2004, ultimately removing three railcars worth of oil from the river.

“They had to move houses and dredge the river,” Wallis explained. “It was this horrible, horrible process.”

The Washington & Oregon Physicians for Social Responsibility chapters offered a Position Statement on Crude Oil Transport and Storage, which states: “[K]nown risks associated with oil-by-rail transport, oil tank storage, and oil export by vessel pose an unacceptable threat to human health and safety. As concerned Washington and Oregon health care professionals, we are deeply troubled by the public health and safety impacts of these proposals.”

The physicians’ concerns include the delay of emergency vehicles; increased air pollution (exacerbating a whole host of health risks); increased water pollution; contributions to climate change-induced injury and disease; and spills, fires, derailments, and explosions all along the tracks. Similar health professional statements have been made opposing coal exports.

Spokane City Council President Ben Stuckart offered a passionate argument against increasing oil-by-rail through Spokane based on economics. Stuckart noted that seven Eastern Washington counties export $1.7 billion in agricultural products every year, much of which travels through Spokane by rail.

“We have already hit our capacity of 78 trains a day through Spokane because of agricultural product during peak agriculture season,” Stuckart explained. “If we allow those 57 trains [of oil a day] to come through, it will destroy Eastern Washington’s economy because we do not have the capacity at all to handle it.”

Fossil fuel companies are intent upon shipping fuel through the Pacific Northwest and overseas to Asia. The combined climate impacts of coal, oil, and gas projects proposed in this region would be astronomical; 822 million tons of carbon released every year, more than five and a half times the carbon footprint of the Keystone XL. Fortunately, the effort to stop these proposals is significant.

“In Washington, we have permit authority over all of these sites. So we can actually deny [the oil and coal industries] the permission to locate their terminals here,” said Eric de Place, Policy Director at Sightline Institute. “The oil and coal industries really are very, very worried that they can’t get their products to their intended destinations in Asia because the public is turning on them so fast in the Northwest.”

Already coordinated campaigns have blocked two propane terminals on the Columbia River, and four coal export projects throughout the region. “Fundamentally, the Northwest is in the driver’s seat on all of the proposals,” de Place added.

Look for information on upcoming hearings and comment periods for the oil and coal proposals so that you can make your voice heard saying NO to big oil and coal and YES to a clean energy economy.”

Please stay engaged with the struggle to stop oil and coal trains from threatening our communities: please sign up to receive action alerts from the Power Past Coal and Stand Up to Oil campaigns as well real solutions from Climate Solutions. 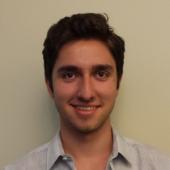 Erik interned with Climate Solutions’ Strategic Innovation Program in summer 2015, studying environmental politics and policies at Oberlin College. He has many interests surrounding sustainability, ranging from preservation of migration corridors for the megafauna of the West to electrification of the automobile industry. He plans to attend the United Nations Climate Conference in Paris this December, and to incorporate his studies there into his capstone project.

Erik has done a variety of things to contribute to the environmental movement. He worked as a volunteer, pulling invasive mustard weed from the otherwise pristine Anza-Borrego Desert State Park. He created a series of six educational podcasts under the persona of EcoKid for California State Parks, which were shown across the state to middle school audiences to educate urban children about the wilderness. He has also been a part of the city of Oberlin’s Sustainable Transportation Working Group, which helped improve accessibility for pedestrians, bikers, and senior citizens in the city.

In his spare time, Erik writes young adult fantasy adventure novels and enjoys drawing and illustrating. In particular, he likes to blues dance, and has been an Oswing board member for two years, hosting weekly social blues dances for college students.