This is Part 2 of a series on the Climate Workgroup in Washington. View Part 1 - Part 3 - Part 4.

Right now, Governor Jay Inslee is coordinating the Climate Legislative and Executive Workgroup, a group of legislators who are figuring out the best ways for Washington reduce carbon pollution and create jobs (Learn more and go to a hearing!).

The Climate Workgroup is tasked with crafting a roadmap for Washington to reduce global warming pollution to meet limits adopted by the state legislature in 2008. While these elected leaders review a whole slate of policies, they need to hear from you about the need for big, ambitious climate action.

As you write to the Governor, keep in mind that this isn’t the first time that Washington has embarked on bold clean energy action. Back in 2006 the good voters of Washington approved Initiative 937, called the Energy Independence Act. I-937 builds off our state’s hydroelectricity base to ensure a more diverse energy mix of renewable electricity, including wind and solar power. The law requires utilities to do everything that is cost-effective to help people conserve energy. Thanks to the foresight of Washington voters, the state committed to building a sustainable, clean energy future.

So how did that all turn out?

I-937: an unequivocal economic success.

By 2012, nearly $8 billion had been invested in renewable resources creating thousands of jobs and generating valuable revenue for local governments. Between 2010-11 the state’s largest utilities conserved 230 average megawatts of energy, the equivalent of a year’s power for 160,000 homes – that’s the number of households in Spokane and Tacoma combined! All in all, 937 has been great for the environment and the economy. Pretty cool, right? But what if we dreamt even bigger?

The CA case study: an economic boom through clean energy

California already has many of the bold policies that Governor Inslee’s workgroup is currently considering, so how is that working for them? Take all the good stuff that happened in WA with I-937, and let your mind run wild. By setting a cap on carbon pollution, instituting a Clean Fuels Standard and setting a big goal for renewable energy, California is experiencing a clean energy boom. There are over 1,500 companies working on solar alone. In 2011 alone, $2 billion was invested just for residential solar and in southern California the largest solar thermal plant in the world – large enough to double the amount of existing commercial solar thermal capacity in the US – is all set to connect to the grid next year. Clearly, our West Coast partners to the south have the upper hand in clean energy game.

What it means for Washington

So the question before the Climate Workgroup has to be: how do we get a piece of that massive clean energy investment, and job creation? California has shown us a way that prices carbon pollution, incentivizes better alternatives and creates markets for locally produced clean energy. Every thing we do here in Washington syncs up with California, Oregon and British Columbia (another carbon pricing leader) to build a powerful West Coast market of clean economy leadership, innovation and jobs.

It’s all there for the making. Tell Governor Inslee and the Climate Workgroup that we need to create jobs by pricing carbon and instituting a Clean Fuels Standard. Let’s re-up on the clean economy success we have enjoyed from I-937.  It’s time to go bigger. 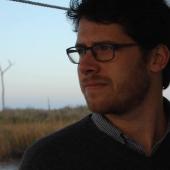