by Elizabeth Willmott on October 7, 2015 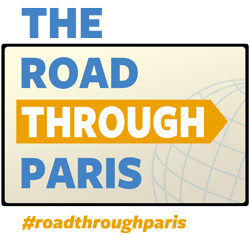 This article is part of The Road through Paris, a series leading up to the COP21 international climate talks in December. It is also the second in an eight-week blog series from New Energy Cities detailing the state of the low-carbon city movement.

Since then, leading urban governments have set more aggressive goals, with many now committing to carbon neutrality or 80% reduction by 2050 (80x50), and others committing to source 100% of their energy with renewables by specific target dates. These are not empty pledges, but achievable goals that local officials are already implementing.

In March 2015, the Urban Sustainability Directors Network launched the Carbon Neutral Cities Alliance, comprised of 16 cities that had adopted carbon neutrality targets. Seattle, Copenhagen, and Fort Collins, CO are among the leading examples of communities that have mapped out how to achieve ambitious goals:

In the past year, an increasing number of communities have also committed to using 100% renewable energy. Numerous entities worldwide have embraced this target—as highlighted in the efforts of Global 100% RE, Go 100% (which maintains a summary of entities that set targets and how they are planning to achieve them), and Renewables 100 initiatives, as well as a World Future Council handbook.

Aspen, Colo. (pop. 6,700), Greensburg, Kan. (pop. 785), and Burlington, Vt. (pop. 42,000) have already met that goal. In 2004, Aspen adopted a 100% renewable electricity goal as part of its Canary Initiative climate agenda, and sought advice from the U.S. Department of Energy’s National Renewable Energy Laboratory on how to get there. It achieved the goal in August 2015 with the approval of new power purchase contracts for wind and landfill gas.

In 2007, after a tornado devastated the small farming town of Greensburg, Kan., a community organization mobilized the town to rebuild green, relying on deep efficiency in buildings (many exceeding 50% savings) and a local 12.5 MW wind farm. In 2014, Burlington, Vt., achieved 100% carbon-neutral electricity, using wind, biomass, and hydropower—including a 7.4-MW hydropower project near the city.

These aggressive goals are not without challenges. Seattle will face a tough road on reducing fossil gas use in buildings and oil in transportation. Environmentalists have criticized Copenhagen’s plan for relying heavily on biomass, which has potentially negative social and environmental effects. Burlington is sourcing much of its energy from large-scale dams in Canada that have drawn the ire of social and environmental activists.

But as urban climate plans have evolved, so have public reporting and accountability, as well as understanding of the most effective ways to achieve ambitious goals. In 2015, 162 cities worldwide voluntarily reported to the Carbon Disclosure Project (CDP) on their sources of electricity, and CDP is using its findings to help influence future urban infrastructure investments. Registries such as CDP and carbonn Climate Registry and pledges such as the Compact of Mayors, which now spans six continents, are leading the way to greater transparency and learning. Meanwhile, the Carbon Neutral Cities Alliance is funding groups of peer cities worldwide to learn together how to overcome their biggest barriers, including transitioning off of fossil gas for heating.

A decade after the urban climate movement began, local leaders and their partners are implementing ambitious carbon reduction strategies. The road to becoming a low-carbon city is not easy, but Greensburg, Georgetown, and other leading cities are showing the way.