Seeing that cities can lead the way in the fight against climate change, Portland passed three new policies this week to accelerate clean energy growth and support a healthy climate.

On Wednesday, Portland unanimously banned new bulk fossil fuel infrastructure in the city. This groundbreaking action supports the transition from dirty, dangerous fossil fuels to ‪clean, ‪renewable ‪energy, while protecting the people and environment in and around Portland from the dangers of fossil fuel transport.

The city passed a first-of-its-kind resolution opposing the expansion of fossil fuel infrastructure last year, and this week’s action makes changes to the zoning code, giving legal backing to enforce the city policy. The city’s action not only demonstrates a strong commitment to climate action, but also provides a blueprint for cities across the Northwest and the country who want to stand up to fossil fuel companies and protect their communities.

When people know how much energy their home uses, they’re better able to make informed decisions about energy efficiency improvements that can save them money and reduce their carbon footprint. Last year, Portland passed a requirement for commercial buildings to develop energy performance scores. This week, Portland extended the rule to homes, so sellers will now include home energy scores to potential buyers as part of home sales.

This new rule provides vital information to home buyers about energy use and costs. It creates an incentive for homeowners to upgrade their homes through energy efficiency investments that also increase the home’s value. A home energy performance report typically costs around $200, and the policy includes an exemption for low income sellers.

Electrifying our transportation system cuts air pollution, lowers vehicle operating costs, and of course is a key strategy for moving beyond oil.  In its third climate action of the week, the city updated its electric vehicle strategy, first created in 2010.  This wide-ranging strategy focuses on electrifying public transit, shared vehicles, and private cars in Portland.  Combined, these efforts aim to replace at least 10,000 gas- and diesel-powered vehicles with EVs in Multnomah County.

Steps forward include doubling the city’s fast charging stations and transitioning up to 30% of the city’s car fleet to electric vehicles by 2020. The city is also prioritizing access to electric transportation options for low income populations and communities of color, helping improve air quality in these communities and saving people money as EVs become more affordable.

For even more inspiration, check out this video about Portland.  Portland Mayor Hales recently received an international award from C40 Cities for having the world’s strongest and most innovative local Climate Action Plan, and this video by C40 Cities shares some of Portland’s great work. 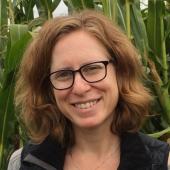