Will we always (or ever) have Paris?

In? or out? Last June President Trump dramatically announced his intention to withdraw the United States from the Paris climate agreement – ignoring the advice of scientists, business leaders and his own national security team – as well the preference of most Americans. Reactions to the news were swift, often critical, and nearly entirely gave the impression that, with Trump’s announcement, the US had actually dropped out of the Paris agreement. But backing out of an international agreement may turn out to be more complicated than the wave of a leader’s hand. Let’s look at some of the expected  – and unexpected – reactions to the June announcement.

Trump's statement "withdrawing" from Paris had no legal effect whatsoever.

First, other leading governments – the European Union, China, Japan, Canada, India, vulnerable island nations and others – immediately mobilized to vocally affirm their commitment to Paris, even if the US chose to abdicate its responsibilities. This response from other countries came much more quickly and vehemently than expected – demonstrating how deeply most countries of the world understand climate change as a real threat to our collective future. Just as quickly, a large swath of US states and cities stepped up to affirm their intention to do their part to meet the Paris goals, many of them joining the new U S Climate Alliance.  In Oregon, Portland and Multnomah County both adopted 100% Clean Energy resolutions on the same day that Trump made his announcement, explicitly citing the Paris Agreement and criticizing the ongoing rollbacks of federal climate policy.

Even before Trump’s move, major businesses had been mobilizing to persuade Trump to stay in Paris, with full page ads in the New York Times and Wall Street Journal. These companies argued that cost-effective and innovative solutions could create jobs, boost competitiveness, and allow the U.S. economy to be more energy efficient and powered by low-carbon clean energy. Following Trump’s announcement, though, even more businesses, over 1,700 in total, representing over $6.2 trillion of the US economy, responded by joining with cities and states to form the “We Are Still In” coalition in support of the Paris Agreement. Some business leaders, including Tesla’s Elon Musk, resigned from the President’s business advisory commissions in protest.

This response was incredibly promising. It showed that, despite Trump’s protective actions on behalf of the coal industry, leading American companies aren’t turning back to the polluting energy systems of the past. Indeed, the only view the finance industry has of coal is in its rear-view mirror, and it’s disappearing quickly. Smart companies understand that responsible carbon management has to be part of effective business models going forward, both for their prudent risk management and for the economic opportunities the low-carbon economy holds.

Which brings us to an important point, not always well understood: Trump’s announcement did not actually withdraw the US from the Paris Agreement. Far from it. The Paris Agreement is a remarkably resilient document, as we will continue to learn in the coming years. Thanks to far-sighted decisions by negotiators, the Agreement requires a lengthy process to trigger the withdrawal of any given country. This was designed, in part, to stabilize the global accord against the volatility of electoral politics in any given country. The Agreement provides that countries must wait at least three years from its entry into force before they can notify of intention to withdraw, and even then, they must wait another year for the withdrawal to take effect. So the President’s statement in June had no legal effect whatsoever. In fact, for the United States, withdrawal cannot take effect before November 4, 2020 – the day after the next presidential election. Suffice to say that climate change will be a big issue in the 2020 campaign season.

There is and will be plenty of time for clearer-thinking US officials to reconsider Trump’s stated intention to withdraw. Indeed, since June, Administration officials have issued a series of mixed messages about the U.S. intent. Secretary of State Tillerson and National Security Adviser McMaster in September both indicated the U.S. would be willing to re-engage if it could negotiate terms for favorable to the current administration (and, one presumes, their fossil fuel patrons), and that the U.S. delegation would continue to participate in the talks. Some federal agencies are quietly exploring under what means the U.S. could re-engage. In the meantime, however, Scott Pruitt’s EPA and other agencies have forwarded Trump administration moves to dismantle federal climate change policies with shocking swiftness. Just this past weekend, as the US delegation was setting out for the climate talksn Bonn, Germany, the White House announced they would be promoting coal and nuclear power there  – as if to poke a stick in the eye of those assembling to promote a clean energy future.

The US delegation in Bonn, then, finds itself in a distinctly compromised position. Their President has announced his intention to withdraw from the Paris Agreement itself, and is promoting coal over clean energy. On the other hand, the US delegation is still a Party to that agreement, and will try to assert its views and interests. Under these circumstances, the US negotiating hand will be greatly weakened, and it would be surprising if other countries are at all inclined to listen. If they do so, it may be difficult to hide the smirks on their faces. Lost will be the U.S. influence and technical and operational expertise that have always been important ingredients in the UN climate process.

In other rooms of the sprawling conference, though, another striking dynamic will be taking place: US states, cities and companies will be demonstrating their leadership in the void left by the Trump administration. Governor Jay Inslee of Washington and Governor Kate Brown of Oregon will be among those leaders; Governor Brown is bringing with her newly enacted executive orders to reduce Oregon emissions, and Governor Inslee is again lining up progressive climate legislation for next year in Washington. Microsoft and other leading companies will be in Bonn pushing a strong climate action agenda. Despite the lack of responsible leadership at the federal level, American citizens’ and companies’ demand for real action on climate change is palpable and growing.

Which of these will be the best long-term indicator of US positioning? President Trump and his team’s radically irresponsible actions to favor a narrow band of fossil fuel interests over the world’s foremost cooperative effort to combat the climate challenge? Or the public and corporate leaders who are positioning their states, cities and companies to lead on the way to the low-carbon, prosperous clean energy economy of the 21st century? 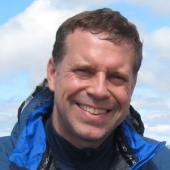 As Senior Fellow with Climate Solutions, Duncan helped develop our efforts to shift the Northwest to 100% clean energy. He was previously Director of International Climate Policy with The Nature Conservancy, where he coordinated international policy work on issues such as reducing emissions from deforestation, adaptation and climate finance. He led TNC's engagement in international forums such as the UN Framework Convention on Climate Change and the Forest Carbon Partnership Facility.  He is a former US climate change negotiator, serving the US State Department from 1997 to 2001. He worked on the Kyoto protocol, the predecessor to the Paris climate agreement.