photo by Oregon Department of Transportation

Legislative preview: The year for bold climate action in Oregon

The second week of Oregon’s legislative session is just beginning, and the Legislature has the opportunity to act on a wide range of critical issues for our state this year.

With your help, we’ll ensure that they take bold action for a healthy climate.

As we all know, the effects of climate change are here. We’re seeing record wildfires and other climate disruption in the Northwest. Recent science underscores the need to act now and get our emissions under control to avoid the worst climate impacts. The studies also show there is still a window of time to curb the climate crisis if we act swiftly to accelerate solutions. A range of strategies are urgently needed to stem the climate crisis.

We’re still assessing all the potential policies in play, but already know that this year’s legislative session provides several important opportunities for action. Of course we will also be watching out for attempts to roll back progress.

Our top priority is to finally pass the Clean Energy Jobs bill to reduce carbon emissions economy-wide and accelerate clean energy solutions. The Clean Energy Jobs bill would be the most ambitious climate program in Oregon history, and would finally move Oregon to meet the state’s climate goals. It has been a multi-year effort, and this will be the year we will get it over the finish line.

Governor Brown, and House and Senate Leadership have made passing Clean Energy Jobs a priority. However, opponents are already trying to weaken the legislation before it is even introduced. Your voice is needed to keep it strong.

Please join us to rally on the Capitol steps and lobby your legislators on February 6 in Salem.  What makes for a strong Clean Energy Jobs bill?

We hope you can join us for lobby day to ensure a strong Clean Energy Jobs bill!

Multiple proposals will be considered to elevate climate action and coordination in state government, offering the potential to transform and strengthen how the state addresses climate change.

Oregon Climate Authority: The Legislature will be considering the Governor’s bold proposal to create a new state agency that focuses exclusively on addressing climate change and the transition to clean energy. The Oregon Climate Authority would be the first of its kind in the country. Designed well, it would elevate the importance of climate in state government and provide better coordination among state agencies to address the climate crisis.

Another proposal would bolster the stature of the Oregon Global Warming Commission by providing funds to hire staff (SB 598). It’s not yet clear if or how these proposals will interact, but it’s sure to be an exciting session for the state’s climate governance.

Rooftop solar: Over the past five years, the legislature has phased out the tax credit program supporting rooftop solar installation on Oregon homes and businesses.  With no state based financial incentives in place, solar installations have dropped dramatically and solar installers have begun reducing staff. House Bill 2618 would create a solar rooftop grant program to reduce the cost of solar system installations for homes and businesses. The grant program would help Oregon’s rooftop solar industry begin to grow again, while reducing carbon emissions, expanding clean energy jobs, and saving consumers money on electricity bills.

Renewable gas: Under current law, utilities that provide gas to our homes and businesses are not allowed to purchase renewable gas if it costs even slightly more than dirty fossil fuel gas. Senate Bill 98 would loosen this requirement and encourage gas utilities to invest in renewable gas from appropriate sources such as dairy digesters and wastewater treatment plants. Renewable gas can significantly reduce emissions associated with fossil fuels, and this legislation would make Oregon the first state to move in this important direction.

The science is clear: We simply cannot continue to extract fossil fuels from the ground and ocean and maintain a health climate. Fossil fuels are also dangerous and harm the health of communities where they are extracted, transported, and burned.

Oil train safety: The Legislature failed to pass protections for our communities from oil train hazards in previous sessions. Transporting oil by rail through our communities is inherently unsafe and bad for the climate and a clear reminder we need to transition away from fossil fuels. While that transport continues, we support legislation (HB 2064 and SB 99) to improve safety standards for oil spills, including requiring railroads to improve contingency plans, carry adequate insurance, and support an emergency response fund.

Fracking and offshore drilling bans: We support legislation that would ban both fracked gas drilling within our state (HB 2623) as well as extending the moratorium on offshore drilling for fossil fuels off the Oregon coast (SB 256). Oregon would be the first state west of the Mississippi to ban fracking, leading the way for other states and continuing its leadership with coastal states to ban offshore drilling.

Climate change disproportionately impacts communities of color, native peoples, immigrant and other front line communities, and solutions should address the needs identified by these underserved communities.

Equity in utility planning: Following a deep dive by stakeholders working with the Oregon Public Utility Commission (PUC) on the future of utilities, the need for utility planning to consider the needs of low income customers arose as a top priority, along with more authority to combat climate change. House Bill 2242 would add equity as a consideration for PUC actions, authorize financial assistance to groups representing low income and environmental justice communities to participate in PUC proceedings, and create a new environmental justice advocate position at the PUC.

Home weatherization incentives: With the elimination of Oregon’s Residential Energy Tax Credit program, the number of homeowners and apartment building owners investing in energy efficiency upgrades like home weatherization has declined dramatically. Proposed legislation would create a new incentive to contractors and building owners to make upgrades to low and moderate income homes.

With your help this session, we’ll advance policies that create a healthier, more resilient economy, powered by clean energy – including passing a strong Clean Energy Jobs bill. We hope to see you at lobby day on February 6! 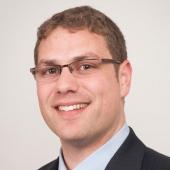