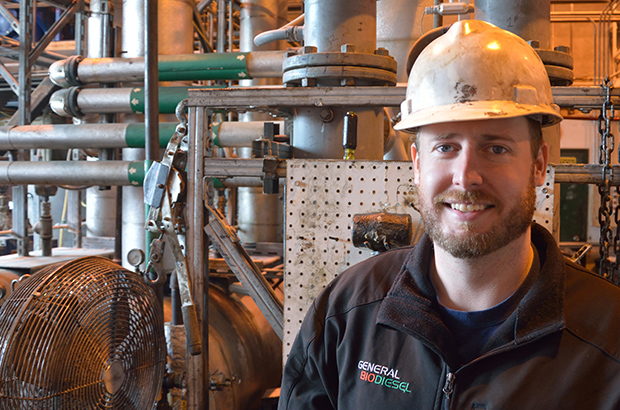 What does a former Texas oilman have in common with a public health advocate?

They’re both standing up to Big Oil, fighting for clean air and homegrown jobs in Oregon and Washington.

Transportation is the largest contributor to Oregon’s carbon emissions, producing nearly 40% of the state’s climate pollution. In Washington, it’s nearly 50%.

Renée Klein and Jeff Haas are working to change that. They are members of a fast-growing coalition of businesses and public health professionals in support of a Clean Fuels standard in the Northwest.

“I spent part of my career in petroleum,” says Jeff Haas, CEO of General Biodiesel. “I lived in the Midland-Odessa area of Texas which is in the middle of the Permian Basin – what they call the oil patch – and I got a firsthand look at the oil industry because I was a part of it. And the longer I was in it, the dirtier it seemed and the more it started to look into and be attracted to renewable energy as an alternative to petroleum.” 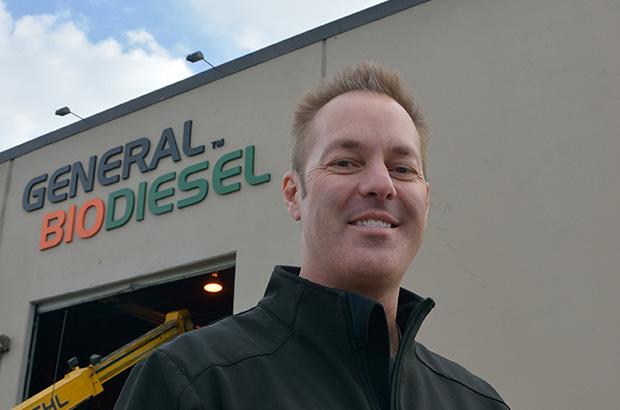 “Diesel is the predominant commercial transportation engine in the world,” says Jeff. “So if you’re moving people or products over land, sea or air; it’s a diesel fuel. We don’t need the diesel industry to grow – it’s out there now – we’re just supplanting diesel with biodiesel to help cut carbon and clean up the environment.”

Yale and Laura Wong founded General Biodiesel in 2006 with a mission to produce high quality biodiesel fuel from sustainable sources, provide strong returns to stakeholders, customers and employees, and contribute to local economies throughout Washington.

Biodiesel is a renewable fuel that can be used as an alternative to petroleum diesel. General Biodiesel’s RCB100 is refined from recycled cooking oil and other sustainable feedstocks. By recycling used cooking oil, producing biodiesel locally, and selling to local fleets, their fuel is stays local compared to the thousands of miles most petroleum travels.

Today, small towns and cities throughout the Northwest – their restaurants, their buses, businesses and local governments – are benefiting from biodiesel and other clean fuels. General Biodiesel serves over 2,000 business clients in communities throughout the region and count restaurants like Ivar’s Seafood Restaurants and Ezell’s Famous Chicken among their proud partners.

In addition to being clean-burning, biodegradable, and non-toxic, fuels from General Biodiesel and others in the region are among the lowest carbon footprint fuels on the market. In an era of climate consequences, a homegrown clean fuels industry is the kind economic opportunity that Oregon and Washington should be taking advantage of. 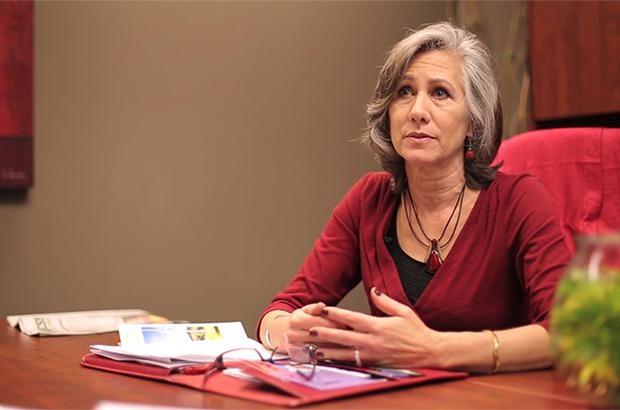 “The oil industry claims it is too expensive to clean up their act. My response is that we can’t afford not to: cleaner fuels are essential for public health and healthy lungs.” – Renée Klein, American Lung Association of the Mountain Pacific

Global warming presents an elevated threat to air quality that is already damaged by our current transportation system. Rising temperatures mean more smog, more ground level ozone pollution, more asthma attacks and other health problems. Certain groups of people are more vulnerable to the range of impacts, including children, the elderly, those in poverty and those who are already in ill-health. Our families, our friends and our local communities will take on even more risk.

That’s why Renée Klein and the American Lung Association support the creation of standards in Oregon and Washington to equal the playing field for local producers of climate-friendly alternatives to petroleum-based fuels. “Our communities and economy simply cannot afford another generation of dirty fuel, traffic pollution, health emergencies and other harms caused by petroleum addiction,” says Renée Klein. “A clean fuels standard will go a long way to saving the lives of our family and neighbors suffering from asthma and other lung and heart diseases.”

A clean fuels standard in Oregon and Washington increases the number of clean, low-carbon fuels sold. Each state’s standard requires fuel distributors to gradually lower the carbon intensity of their fuels over time, creating a fair market for clean transportation fuels. A clean fuels standard is technology neutral, allowing fuels to compete solely on their environmental benefits. By gradually adding homegrown clean fuels like sustainable biofuels and renewable electricity into the transportation mix, Oregon and Washington can support the local economy, create new jobs, cut carbon pollution and lessen dependence on oil.

It’s already working in California and British Columbia, with businesses along the supply chain seeing real gains as a direct result of their clean fuels standards. Companies like General Biodiesel need Clean Fuels Standards to level the playing field with oil companies and provide motorists with healthier energy options.

Learn more about a Clean Fuels Standard: in Washington - in Oregon

The American Lung Association is the oldest voluntary health organization founded to fight tuberculosis. Today the focus is expanded to all lung diseases including asthma, tobacco control and environmental issues that threaten the air we breathe. The ALA of the Mountain Pacific serves the people of Washington, Oregon, Alaska, Idaho, Montana, Wyoming and Idaho.

General Biodiesel generates positive energy and strives to be a world leader in renewable and sustainable energy. General Biodiesel products and services measurably lower the carbon footprint of its GreenPartners and fuel RCB100 customers.