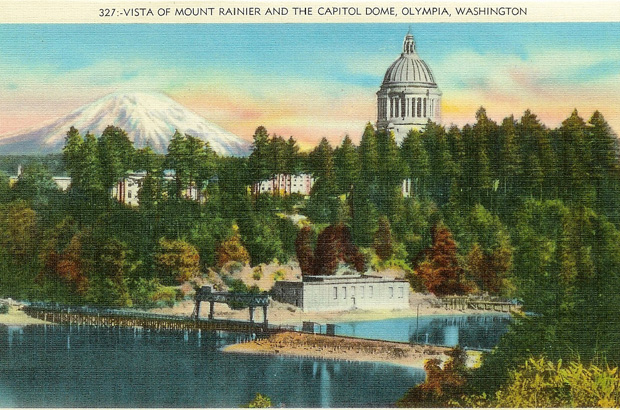 Climate change—and climate action—top the list of big issues before the Washington state Legislature in this year's session, which kicks off today. Jobs and education also top the list of priorities for 2015; it will be an important, and likely exciting, few months in Olympia. For one thing, this is a biennial "full session" in which lawmakers adopt a budget, often after debating late into the spring. Climate-related bills on deck this year include a proposal to clean up our air and water by charging top polluters, and a whole slate of measures related to clean energy and jobs.

Climate Solutions is working with community groups, business leaders, labor unions, public health experts and climate advocates across the state to support an ambitious legislative agenda to cut carbon pollution, create clean energy jobs, and clean our air. Here are some of the issues we’ll be watching in Olympia this year.

The centerpiece of Governor Inslee’s climate initiative, the Carbon Pollution Accountability Act is a straightforward measure to hold Washington’s largest polluters accountable for their global warming pollution. Unlike average Washingtonians who follow burn bans and other pollution laws, oil companies and other major polluters haven’t had any responsibility for their waste -- and it’s costing all of us. A charge on global warming pollution does this, while positioning the Washington economy to thrive.

The revenues collected from the pollution charge can be reinvested in our communities to create a better future for our children. The proposal set forth by Gov. Inslee invests in state budget priorities like education, transportation and the Working Families Tax Credit to support communities most affected by climate change. Climate Solutions is committed to science-based pollution limits that are legally enforceable and socially equitable. The Carbon Pollution Accountability Act achieves all three. Learn more from our friends at the Sightline Institute about why the Carbon Pollution Accountability Act is “a big, awesome deal.”

Transportation fuels cause nearly half of Washington’s carbon pollution and two-thirds of Puget Sound’s air quality problems. A clean fuels standard (CFS) offers consumers more choices at the pump while cleaning up our air by incorporating a greater proportion of clean fuels into our transportation mix. Using more clean alternatives to petroleum like electricity, renewable natural gas and sustainable biofuels, we can clean up our air and water while growing investment in Washington’s economy. An independent analysis this summer found that a CFS would create thousands of jobs and generate millions in additional economic value over the next ten years.

The Department of Ecology has the ability to implement a CFS to improve the health and economy of Washington right away and Gov. Inslee has directed the agency to begin drafting a rule. No doubt this will incite the oil companies to promote legislation that would prohibit Ecology from acting in the interest of Washingtonians. We will vigilantly defend Ecology’s ability to protect our air, water and economy from dirty oil while urging Gov. Inslee to commence a formal rulemaking on a CFS.

One of the best ways for Washington to lead on climate is to invest in the next generation of clean energy technologies and businesses. The Clean Energy Fund has already proven to be a successful vehicle for bringing promising technologies to scale. The first iteration of the fund used $40 million in state funding to leverage $200 million in private capital to create jobs in energy efficiency, smart grid modernization and innovative energy storage technologies. Given the proven success of the initial fund, we will be advocating for an increased budget allocation as well renewed funding for other energy efficiency programs that have created jobs, saved money and reduced pollution across the state.

This is one of the most exciting legislative sessions in recent memory. The policies being brought forward by climate champions in the Legislature are impressive not only in their ambition but also their quality. But legislators cannot do this alone. We need to match these unprecedented efforts with renewed advocacy engagement. If there was ever a session to double your activism, this is it. Join a phone bank, talk to your friends and family, attend a town hall and above all, make sure your stance is known in Olympia. Now is the time to act on climate, let’s get to work!

Of course, if you have any questions about the session, please feel free to let us know.