We need your help to stop the largest proposed crude oil-by-rail terminal in North America. Tesoro-Savage wants to ship a staggering 360,000 barrels of oil per day through its proposed terminal in Vancouver, WA. This means dangerous oil trains carrying explosive crude oil through communities across the West and oil tankers transporting oil down the Columbia River, threatening our air, water, health, and climate. Governor Inslee will make a yes or no decision on the Tesoro-Savage terminal.

We can stop this – send in comments today.

The Washington energy council recently released its draft environmental impact statement (DEIS), which shows the problems and risks posed by the Tesoro-Savage terminal. Even with its flaws, the DEIS describes the significant and unavoidable impacts that this terminal and its dangerous oil trains and tankers ships would cause.

For example, if the Tesoro-Savage terminal is built, an oil train derailment is expected once every two years! The DEIS exposes the risks of oil spills into the Columbia River, the dangers of building such a terminal in an earthquake zone, traffic impacts from train crossings, public health concerns, and the massive amount of climate change pollution – significant on a global scale – that this terminal would cause.

The harms and risks to our water, air, and health are simply too great - submit a comment today opposing this terminal!

Tesoro-Savage’s unprecedented and reckless proposal is drawing enormous opposition. Already, Columbia River tribes have come out in opposition, along with local longshoremen, firefighters, business leaders, health professionals, climate activists, neighborhood associations, faith leaders, the City of Spokane, the City of Portland, the City of Vancouver, and a clear majority of the local community.

Add your voice to the opposition: tell Governor Inslee’s energy council, called the Energy Facility Site Evaluation Council (EFSEC), that this project is simply too risky; Tesoro-Savage is not the future we envision for Washington.

Together, we can stand up to Big Oil and protect our communities, rivers, and climate. 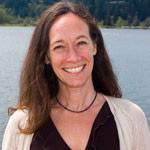 Oregon and California lead on climate with clean fuels. What about Washington?
We ♥ clean fuels and local climate leadership!
Please vote NO on I-976 and YES on Referendum 88
Like clean air? Then let's bring clean fuels to the Puget Sound region.