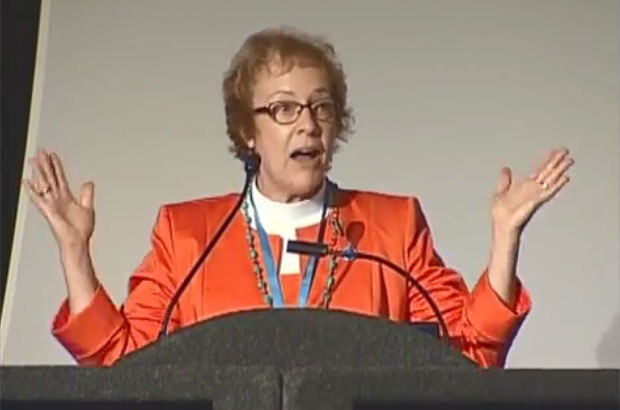 The space beyond denial, before despair
Bobby Hayden
May 22, 2014

In our collective present there exists a growing space, beyond climate denial but before the dead end of despair, cynicism and apathy. Climate Solutions strives to elevate the opportunities that live there. And though we carry the name with a capital C and S, we remain constantly humbled by all of the partners and players working toward shared solutions of tackling our climate challenge and building a prosperous clean energy future.

Nowhere was this truer than Monday at our Annual Breakfast fundraiser in Seattle. Joined by over 900 allies and leaders from around the region and around the country, we heard from heroes who are using their respective fields as platforms for real climate leadership. We also took some selfies.

Our program featured an engaging conversation with Governor Jay Inslee, and David Gelber, the Creator/Executive Producer of Showtime’s Years of Living Dangerously, facilitated by Climate Solutions’ KC Golden. They have passion and drive and are pushing forward on action to the climate crisis by moving the policies, partnerships, and messages needed to realize solutions at scale. Take a look at several of the clips below.

Before the Governor's conversation with David and KC, Rev. Kathleen Patton took the stage and arguably stole the show:

She has been a leader in her community of Longview in fighting the proposed coal export terminal. If built, it would be the largest coal export terminal in North America. She spoke of how she first felt angry and having despair when she heard about the plans. And now: “I learned that the antidote to despair is action, and the antidote to isolation is connection, and Climate Solutions provides powerful tools for people who are ready to act and to connect. So now, I am still angry, but I don’t feel hopeless. I don’t feel helpless. I now believe that Big Coal and Big Oil have brought the struggle to exactly the right place.”

With Rev. Patton’s impassioned pitch, we well exceeded our goal and raised over $378,000 dedicated to bold action on climate and clean energy.

Minutes of videos of talking Years of Living Dangerously

From climate communications to business engagement, to the Beach Boys, Jimi Hendrix and Nirvana, Monday’s conversation Governor Jay Inslee, and David Gelber, the Creator/Executive Producer of Showtime’s Years of Living Dangerously covered a lot of ground. Take a look at the clips below: Governor Jay Inslee responds to climate deniers and discusses Washington's role in climate solutions:

Governor Inslee and David Gelber on climate leadership from the business community:

Governor Inslee takes his turn during an open discussion on climate change in the media and public sphere:

In addition to Governor Inslee, David Gelber and Rev. Patton, we would also like to thank the climate leaders who made this event a success: