Facebook remains the dominant social media platform (only surpassed by YouTube) among adults in the US. 2019 data from Pew Research shows that approximately 7 of 10 adults report using the platform at least once a day, and Facebook users spend a considerable amount of time on the site—nearly an hour a day, on average. While many of us may use the platform to share positive stories, connect with friends and family, and inspire our networks to act; we also know that Facebook is a ready source of false and misleading information about many topics… including climate change.

Climate Solutions is already participating in the #StopHateForProfit campaign targeting Facebook’s reluctance to curb hate speech on its platform, but we’re also taking this moment to highlight Facebook’s role in allowing climate denial to masquerade as quality journalism.

Please click to add your voice and tell Facebook: Stop letting the fossil fuel industry overrule your "independent" fact-checkers. Climate disinformation is hazardous to our health!

We are writing to urge Facebook to commit to stop protecting climate disinformation from the scrutiny and judgement of its appointed fact-checkers. Once it has ended this wildly irresponsible practice,  Facebook should notify its users that it has done so.

In recent years, public criticism of Facebook has led the company to take greater responsibility for the content its users share. The company acknowledged that hate speech can cause violence against vulnerable people and communities, and made efforts to restrict such content. Facebook also acknowledged that bad actors have abused its platform to distribute deceptive political advertising, effectively anonymously; and took steps to prevent this abuse.

Facebook has also begun responding to another widespread problem: the use of the site to broadcast disinformation disguised as reliable news content. The company enlisted Independent, third-party fact-checking organizations to review shared news content for its truth value. Unfortunately, the “independence” of this system has recently been called into question with regard to climate disinformation. In the last few weeks, journalists have revealed multiple instances of Facebook overruling the judgement of its own fact-checkers, under pressure from government and business allies of the fossil fuel industry. We find, for example:

In these instances of Facebook allowing powerful voices to demand that climate disinformation be exempted from fact-checking, the company has given the excuse that the offending articles were merely “opinion” pieces, not hard news. But this is a feeble dodge for articles (including self-described “news” articles) published by media outlets presenting themselves as reliable and journalistic. Moreover, the circumstances suggest that Facebook overruled its fact-checkers not through factual analysis, but in deference to Facebook’s own’ economic or political considerations. All this makes a mockery of the company’s supposed commitment to distinguishing reliable from misleading information.

Until recently, Facebook has sometimes cited the “newsworthiness” of hateful speech by powerful voices as a reason to exempt such speech from content guidelines. Such exceptions are unjustified because they encourage abuse of the platform and undermine policies intended to protect vulnerable communities. Just so, exempting so-called “opinion” news articles peddling climate lies is unjustified because it allows Facebook to be weaponized in service of industries that are actively threatening our climate and well-being.

Facebook has offered a further justification for giving climate disinformation a pass. A company spokesperson told the New York Times that Facebook is “most concerned with flagging or removing content that poses an immediate threat to human health and safety,” and that climate change content “does not fall within that category.”

As an organization dedicated to understanding and responding to the threat of climate change, we must inform you that climate change is indeed an urgent problem that poses immediate threats to human health and safety—it is hardly controversial to say so. This conclusion is shared by the most prominent gathering of expertise on the subject, the United Nations International Panel on Climate Change, as well as by countless scientists, policymakers, and both public and private institutions, not to mention the millions of people living in vulnerable communities, in the US and elsewhere, who are already experiencing the harmful effects of climate change.

None of this looks good for Facebook. Your company’s current position effectively grants an imprimatur to fossil fuel industry apologists distributing harmful climate disinformation, and does a major disservice to your users. Please reverse course. 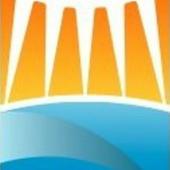