Granger School District, located in rural eastern Washington, had an aging HVAC system that was taxing the district with excess costs and uncomfortable classrooms. Due to the hard water in the area, the aging system, especially the chiller, had been over-worn and was not functioning reliably or to its full capacity. As a result, the school’s facilities department was running the heating and cooling systems simultaneously year round and playing a daily guessing game to keep the temperature balanced at a learning conducive and comfortable level, wasting energy and running up costs.

In 2012, the District partnered with Schneider Electric to apply for State funding to plan the necessary upgrades. After receiving a $1,000,000 OSPI Energy Grant, the District hired Schneider to replace the chiller, flush out the current system and replace the aging parts. When the district’s new HVAC system went live, the facilities department immediately saw drastic savings.

The new system monitors the temperature through a computer program that allows corrections to each individual room and area remotely. Not only does this save time – it saves the facilities director a lot of gas money from not commuting 30 miles in whenever there is a problem! More importantly, with the new efficient system, Granger School District is seeing savings of around $60,000 a year – the equivalent of a teacher’s salary!

Schneider Electric, Energy Retrofit Partner for Granger School District - Schneider Electric, a global leader in energy management, has contributed to the transformation of industries with an innovative, international, and responsible mindset. Operating in over 100 countries and with more than 130,000 employees, the company’s mission is to help people make the most of their energy. 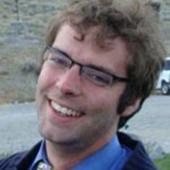