(1) The Governor instructed the Department of Environmental Quality to move forward on Phase 2 of the Clean Fuels Standard, which when fully implemented would reduce pollution and carbon emissions from the transportation sector in Oregon, spurring local investment and growing Oregon jobs.

(2) He also announced the convening of a Clean Fuels Business Advisory Committee, comprised of major business leaders from around the state (see full list below).

Check out his full press conference:

Governor Kitzhaber: "Right now there is a monopoly, a fossil fuel monopoly that is freezing out Oregon companies, Oregon producers, Oregon agriculture and Oregon jobs. And we do that by sending billions of dollars out of the state to buy a product that we can produce right here in the state. That doesn't make any sense to me. If we believe in the free market which I believe the opponents would say they do, we are creating a free market that allows people to compete on the basis of quality and cost and access." View his full press release. 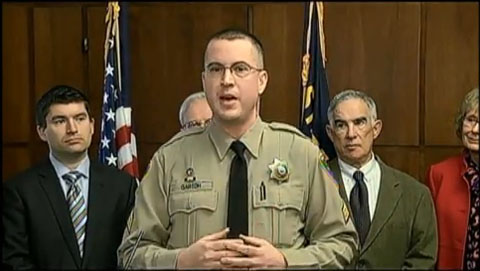 Mark Garton from the Polk County Sheriff's office spoke about the benefits of clean fuels for their department: "The bottom line for us is that we are going to save $35,000." 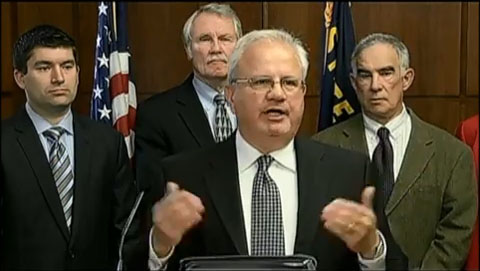 Robert Carrick from Daimler North America spoke to how clean fuels investments will enhance their company here in Oregon.

Governor Kitzhaber: “We have the opportunity to spark a homegrown clean fuels industry right here in Oregon – an industry with a big impact in communities urban and rural alike. I’m committed to using every tool at my disposal to sut 21st century industries and innovation, and to attract investment and new jobs to our state… The potential is real. We can build on our successes to date — from the Port of Morrow, where eastern Oregon farmers are helping supply the next generation of renewable fuels, to the Polk County Sheriff’s office, which is saving money and reducing pollution by switching its fleet to propane, to Daimler, a company here in Oregon with 50 percent of the market share manufacturing natural gas long-haul trucks."

The Governor reiterated his commitment to removing the 2015 sunset date attached to the program. Businesses from all sectors are encouraged to play a leadership role by signing the endorsement form and contacting elected officials at the State level.

Endorse: Add your business or organization