With the fossil fuel industry and climate deniers gaining deep influence at the federal level, the way forward in today’s landscape will have to be about aggressive action at the state and local levels. The actions we take here can have a major climate impact, and can inspire further action beyond Oregon and the Northwest.

Building on our Success at the State Level

We had a major win earlier this year, doubling Oregon’s wind and solar electricity to 50% and making Oregon the first state in the country to pass legislation to get rid of coal-fired power. This legislation puts Oregon on the path to nearly 80% renewable power, including hydropower. Nationally this was one of the most significant climate and energy successes of 2016. Climate Solutions worked with fellow advocacy organizations and community groups as well as the state’s two largest utilities to pass the legislation.

In 2017, we will continue to push a range of strategies to ensure that we meet our climate goals and transition to an economy based on clean energy. Putting a price on pollution is a major priority, but since we know it’s not enough by itself, we’re also continuing to advocate for a range of strategies and solutions.

We’re also continuing to broaden our outreach. We work with the Renew Oregon coalition to build a broad base of support, particularly from the communities that will be most impacted by climate change, and we will continue to make sure those communities and all Oregonians benefit from climate policy and investments.

Polluter Accountability: In 2017, we will work with legislative leaders to put a price on carbon pollution. Limiting pollution is essential for meeting Oregon’s climate goals and leverage action beyond our borders, and our strategy would use the funds raised from polluters to invest in clean energy solutions and prioritize investments in the communities most impacted by climate change.

Improving energy efficiency in buildings: The cheapest, cleanest energy of all is the energy we don’t use, and we have an opportunity to greatly reduce energy use in new buildings. Oregon has a proud legacy as a national and international leader in green building, but we’ve fallen behind. We’re advocating for net zero energy buildings, which means that the buildings produce as much energy as they consume.

Getting on the path to zero energy buildings saves residents and businesses money, improves air quality, and reduces climate pollution. The climate benefit is major: making new buildings net zero will reduce climate pollution nearly as much as our recently passed law that increases renewable power to 50%.

Modernizing Oregon’s transportation system: Transportation is the biggest source of climate pollution in Oregon, and transportation funding is a bipartisan priority this upcoming legislative session. With our partners, we want to make this transportation package the greenest in our state history, investing significantly in public transit and vehicle electrification. We will also be vigilant in protecting Clean Fuels from fossil fuel industry attacks.

Continuing to fight against new coal, oil, and gas infrastructure: We need to stop making it worse so we’re not locked in to dangerous, climate-polluting investments for decades. Most of the proposed facilities have been rejected, and we’re a central part of the Power Past Coal and Stand Up to Oil coalitions working to stop two of the last coal and oil projects, which are right on the Columbia River in Vancouver and Longview, WA. We’re also working with partners to stop PGE from developing a new gas plant in Boardman, as we know we can make the transition to clean energy without expanding fossil fuel infrastructure.

We also work with local jurisdictions, and Portland earned some big climate victories last week. The city banned new fossil fuel infrastructure, the most expansive policy in the nation. In addition, Portland passed a requirement for energy scores on home listings, building on its existing policy for commercial buildings, so people can know energy performance and costs before they buy. Portland Mayor Hales also recently received an international award from C40 Cities for having the world’s strongest and most innovative local Climate Action Plan.

Oregon can be a shining light of success, and we’re going to help make it happen. I am excited about what is ahead for Oregon and hope you have a good end to 2016. It’s been quite a year. 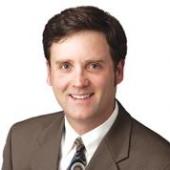