Why would 220 people come out on a rainy February night to Seattle’s Town Hall to discuss the well-known power of plants to absorb carbon?  And, more intriguing, how did this topic so engage the crowd that dozens of index card questions overwhelmed the moderator’s hands when Q&A time arrived – far more than could be answered that night?

Seattle’s The Stranger newspaper provided a possible motivation in its calendar blurb, “If you're suffering night sweats over global warming, the Northwest Biocarbon Initiative might just cool you down.” Even if the metaphor was slightly off-kilter, I believe they weren’t far off the mark. The people at the Feb. 27 event were worried and wanted to know about opportunities and positive steps being taken locally to deal with climate change. Plant growth plays a key role.

The event, Enlisting Nature to Stem Climate Change, was the first major public event for the Northwest Biocarbon Initiative, an effort which seeks to demonstrate the essential role that plants and soils play in reducing atmospheric carbon dioxide to levels that ensure long-term climate stability. The seminar was organized by Sustainable Path Foundation in partnership with Climate Solutions. According to Heidi Dexter, Sustainable Path’s Director of Development, "Sustainable Path Foundation is delighted to see the avid interest in this cutting edge work in our region and honored to be among the initial supporters of the biocarbon initiative."

An overview by Climate Solution’s Research Director Patrick Mazza laid out the biocarbon imperative. Science clearly indicates we need to reduce dangerous atmospheric carbon concentrations to stabilize the climate.  Dramatic cuts in fossil fuel use are crucial but alone won’t get us out of our current predicament. We also need the second solution of biocarbon, harnessing natural systems to capture carbon and put it in in soils and living organisms.

Patrick then introduced Nancy Rottle, director of the University of Washington's Green Futures Research and Design Lab.  Nancy spoke about urban planning and building design opportunities to increase the urban landscape’s ability to absorb carbon while increasing resiliency of infrastructure and reducing emissions. Biocarbon has the potential to meet some of the greatest urban needs: storm water filtration and reduction, urban cooling, flood protection, recreation and healthy food.  The best green infrastructure projects combine density and amenities along with environmental benefits. They create places people want to be.  Nancy brought many great photographs of green infrastructure in cities that amplified her talk.

Chad Kruger, director of Washington State University’s Center for Sustaining Agriculture & Natural Resources, presented agricultural opportunities to absorb and store carbon. His presentation included an example where organic wastes from urban King County are composted and returned to the Eastern Washington farm fields where food is grown. This cycling of what was formerly a waste stream builds soil carbon on farms and reduces greenhouse gas emissions in King County – a double play.

The keynotes were followed by a series of short talks by biocarbon Innovation Partners demonstrating that biocarbon-connected projects are an on-the-ground reality.  We heard from Keeley O’Connell of Earth Corps, Matt Burlin of City of Portland Bureau of Environmental Services, David McDonald Of City of Seattle, Kate Kurtz of King County Solid Waste, and Rowan Schmidt of Earth Economics - everything from soil amendments made of biosolids, to green infrastructure saving millions in public dollars, to estuary restoration as a carbon sink, to new accounting that allows water utilities to capitalize forest assets.

Steve Whitney of the Bullitt Foundation, who helped steer the formation of the Northwest Biocarbon Initiative, summed the event this way: “The take home for me was: ‘Yes, climate change is scary and complicated, but you don't need a Ph.D. in physics to do something about it’."

NBI aims to focus the use of biological carbon storage—biocarbon—to reduce climate disruption caused by human carbon emissions while providing many other values to our economy and environment.  The Town Hall seminar drove home that message. Focusing on nature’s power to absorb carbon creates rich opportunities to remove carbon from the sky where it is heating the planet and put it into the ground where it will generate multiple benefits. These opportunities reach far beyond our cities to the forests, rangelands, farm fields, and shorelines of our region. 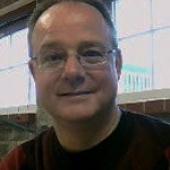