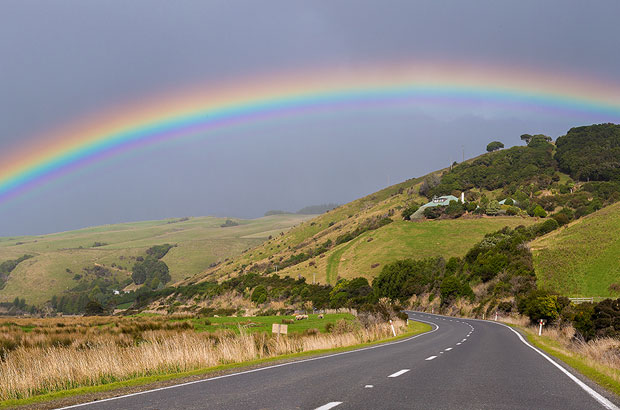 A joint statement from Audubon Washington and Climate Solutions

In the same week that Governor Inslee called on the Washington Legislature to take action on climate this session, a newly released poll shows strong public support for climate policy that will set Washington state on a path toward 100 percent clean electricity and greater use of clean fuels. It also reveals strong constituent support for legislators who vote for policies to address global warming. Poll results, conducted late last year by Fairbank, Maslin, Maullin, Metz & Associates, show:

● 66 percent of likely voters support a policy that would require electrical utilities to phase out coal-generated electricity by 2030, and phase in electricity generation from solar, wind, hydroelectric and other clean and renewable resources, to reach 100 percent by 2045. This would .

○ Furthermore, 46 percent of respondents said they would be more likely to support their state legislator if they voted for this measure in the 2018 legislative session. On Tuesday, this policy was introduced to the Legislature as Senate Bill (SB) 6253.

● 65 percent of likely voters back a potential ballot measure that would create a Clean Fuel Standard, requiring oil refineries and distributors to reduce the carbon pollution in Washington fuels by 10 percent by 2025, and protect existing funding for public transit and trails.

○ In addition, 45 percent say that they would be more likely to support a state legislator that backed the creation of a Clean Fuel Standard. This bill has been introduced as House Bill (HB) 2338.

For Washington state’s economy to reach reductions of 80 percent below 1990 levels by 2050, as recommended by the University of Washington’s Climate Impacts Group, our electricity sector must achieve even deeper reductions.  We need to transition to 100% clean electricity, account for the cost of carbon pollution, and we must accelerate the transition to clean fuels to power our transportation, the leading source of carbon emissions in our state.

“Climate change is the number one threat to birds today with nearly half of North American bird species at risk,” said Gail Gatton, Executive Director of Audubon Washington. “Our support for 100 percent clean electricity builds on our longstanding commitment to support policies that protect birds and people from the growing threat of climate change. These poll results demonstrate there is a strong and viable path forward with public support for the legislature to take bold action and pass effective climate policy this session.”

“With the climate crisis escalating, states must lead the way toward a clean energy transition,” said Vlad Gutman-Britten, Washington State Director, Climate Solutions. “Time is of the essence, as there is still a window for us to stop making it worse. Our state is one of the best positioned to demonstrate that the transition to a fossil free electricity is technically possible, economically viable, and a key driver for new jobs and economic growth now and for the future. Backed by strong public support, we are calling on our state elected officials to pass policy that will put Washington on a path toward a 100 percent clean future.”

Clean energy and energy efficient technologies are rapidly improving and becoming less expensive, making them more broadly accessible. To reach full-scale adoption, we need to transform the way we produce and consume energy. That starts with a commitment to a steady shift to 100 percent clean energy. SB 6253 would require all new resources acquired by a utility, including power purchase agreements, to be clean, setting us on a path to zero-carbon electricity over the course of the next generation.

Initial research shows that this policy would achieve an approximately 70 percent reduction in electricity-sector carbon emissions by 2035, and full decarbonization of Washington’s electricity sector, the second largest source of state emissions, by the 2040s.

Understanding that a mix of effective policy solutions is required to achieve meaningful carbon pollution reductions and have maximum impact, Audubon Washington, Climate Solutions, and a growing coalition of environmental, public health, clean energy, and conservation organizations also supports passage of complementary climate policies put forth to the legislature this session, including:

Summaries of the policies are here for reference.

Established in 1981, Audubon Washington works statewide with its 25 independent chapters and 35,000 members on the conservation of the sagebrush shrub steppe ecosystem in Eastern Washington, protection of coastal estuaries, and actions that address climate change, the number one threat to birds today. Through the Seward Park Audubon Center, we provide science, nature and environmental education programs for youth and families. Learn more at http://wa.audubon.org

Climate Solutions is a Northwest-based clean energy economy nonprofit accelerating clean energy solutions to the climate crisis.  Our vision is a thriving, equitable Northwest, powered by clean energy, inspiring the transition to sustainable prosperity across the nation and beyond.

Hey, kids, fracked gas is good for you