Global Divestment Day, February 13th and 14th, marks a pivotal moment in the effort to call a halt to climate change in this pivotal year moving up to the Paris climate talks. Citizens from nations as varied as Norway and South Africa are raising their voices to demand divestment from fossil fuels.  In Seattle, this innovative Climate Solutions blog recently posted a stirring piece by KC Golden on the topic.

While divestment is not an obvious strategy to everyone, it rests on two powerful pillars. The first is its power to influence pubic discourse and create conditions that will move decision makers towards the carbon-responsible policies we need. The second is a recognition that reserves-owning fossil fuel companies are at the core of the issue and that as alternatives grow and new polices emerge, the reserves of these companies will become stranded and the companies themselves will lose value.

At Fossil Free Indexes (FFI) we maintain The Carbon Underground 200TM, the list of top coal, oil, and gas companies globally who hold the largest potential carbon dioxide (CO2) emissions embedded in their reported reserves. We publish the list annually, along with a report. Our 2015 report, issued on Divestment Day, shows that fossil fuel reserves are increasing, even as the reasonable expectations that they will all be used are shrinking.

Our report, The Carbon Underground 2015: The World’s Top 200 Public Companies Ranked by the Carbon Content of their Fossil Fuel Reserves, finds that the potential carbon dioxide (CO2) emissions from the reported reserves of the top 200 public coal, oil, and gas companies have increased to 555 gigatons (Gt), from 546 Gt last year and 504 Gt in 2010.

However, according to the Intergovernmental Panel on Climate Change (IPCC), we must adhere to a carbon budget, which for these 200 companies means burning only 115 Gt of reserves through the year 2050 to have an 80% chance of limiting global temperatures from rising 2° C compared to pre-industrial times; these are the thresholds most likely to prevent the most dangerous impacts of climate change.  And yet, two years into the divestment campaign, reserves are growing and the carbon budget is tightening, making divestment along with the full range of strategies and tactics to get to a low carbon future all the more imperative.

In the last two decades, the S&P 500 index, a list of 500 companies designed to represent the entire large cap market, has become a very popular investment.  As of December of last year, there were $1.9 trillion invested in S&P 500 instruments. Over any ten-year window, it is a minority of all stocks, or mutual funds that beat the S&P 500’s performance, leading to the steady growth in popularity of S&P 500 index investments.

We came up with the idea of removing all Carbon Underground 200 companies from the S&P 500 to create the Fossil Free Indexes US (FFIUS). (At the time of writing, 25 Carbon Underground companies are in the S&P 500). Contrary to the expectations of those arguing against divestment, when we removed these companies from the index, almost nothing changed.  Investment advisor NEPC recently wrote that in a 10-year historical window, FFIUS was 30 basis points ahead of the standard S&P 500.  In 2014 alone, FFIUS finished the year 1.5% ahead of the S&P 500 index.  To remove fossil fuel companies from a financial goliath such as the S&P 500 with no hit to returns is a noteworthy event.

As noted in a recent blog by FFI advisor Barry Schachter, we can infer from this year’s price volatility that future policy moves to reduce demand for fossil fuels can induce a dramatic reduction in the value of underground reserves.  The take-away from the 2014 outperformance by the FFIUS is not that it will be expected to outperform the S&P 500 every year. It won’t. The take-away is that the potential cost of ignoring stranded asset risk has been demonstrated to be substantial.

A persistent misconception around divestment is that it helps the planet but hurts the bottom line.  That is factually untrue.  In fact, more and more, the data shows that it is possible to divest and still reap returns that are indistinguishable from those of fossil-fuel-laden investments.

Think of Kodak in the year 2000.  Despite nearly $14 billion in sales, digital cameras were beginning to explode in popularity.  And yet, many held onto Kodak stock because it had performed strongly for decades. We are at a similar point today with fossil fuels. Renewable power exploding, climate change quickening, carbon pricing coming, and many more factors all point to a similar fate for fossil fuel producers that befell film manufacturers. 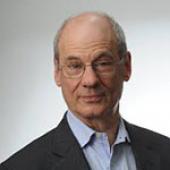 Stuart Braman is the Founder and CEO of Fossil Free Indexes. Working as an Adjunct Associate Research Scientist at Columbia University’s Lamont-Doherty Earth Observatory on climate change adaptation, arsenic in drinking water and water conservation issue, he heard Bill McKibben speak in November 2012 about fossil fuel divestment. As index investors, he and his wife went home to find some fossil free indexes to invest in. Two months later they were still looking and Fossil Free Indexes was born.

Stuart’s financial services career spans 24+ years at Standard & Poor’s, DRI/McGraw-Hill and Mediant Communications. With assignments primarily in marketing, new product development, business development and strategic partnerships, Stuart retired from Standard & Poor’s as a Managing Director in the Risk Solutions Group. In his most recent financial services position with Mediant Communications he served as the Director of Investment Company Services. Stuart earned his bachelor’s degree from the University of Chicago and his M.A. and Ph.D. degrees in Geography (now Earth and Environmental Sciences) from Columbia University.