Teaching the Duck to Fly

This is what electric utilities do:  match and deliver power supply to demand, instantaneously and exactly, under variable conditions.   The Boeing wind tunnel can add 10% to Seattle City Light’s power load with the flip of a switch.  Large, conventional power plants malfunction instantly, taking a billion watts out of production, sometimes for months.  But supply has to equal demand at all times.

The introduction of large quantities of intermittent solar and wind power adds a new source of variability.  These renewables generally peak near mid-day, while demand on many power systems peaks later, as people arrive at home.  This diurnal pattern of renewable production with respect to demand, illustrated below, is known as the “duck curve,” for obvious reasons. 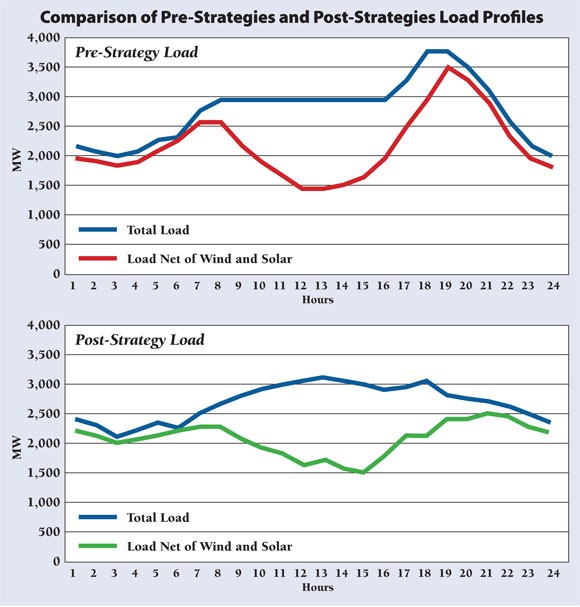 The first graph is a sitting duck. The second is much more streamlined and elongated, like a duck in flight.  A growing array of commercially available and proven strategies is now available for “teaching the duck to fly” -- managing diurnal availability of wind and solar to more closely follow daily load shapes.  Lazar describes ten of them, showing how each one contributes to getting the duck aloft:

These strategies exemplify a changing power system landscape – a more distributed, diversified grid, with more ways to manage power sources and demand to maintain reliability, minimize costs, and decarbonize the system.  Rapidly deploying renewable resources and these strategies results in more efficient system overall, with improved load factor and reduced ramping requirements.  The clean energy revolution won’t happen to an immutable electric utility system – it will fundamentally change that system, for the better.