Editor's note: this story has been updated. It previously suggested that fire suppression efforts in Mosier drained local aquifers. The Oregonian reported at the time that sewers and local aquifers were impacted by the train derailment, but does not connect that fact to firefighting activity.

The Pacific Northwest is no stranger to major environmental dangers: earthquakes, volcanic eruptions, mudslides, windstorms, and even the occasional tornado are facts of life in the upper left. However, over the last few years a new and unfamiliar threat has emerged in the region, and it comes by rail.

Oil-by-rail has increased by 4000% since 2008, as fossil fuel companies have used new drilling technologies to tap previously inaccessible oil deposits in the Bakken Shale formation of North Dakota. Every week, roughly 60 million gallons of Bakken crude oil are transported across the country to the Pacific Northwest. Unlike other crude oil, Bakken crude contains high concentrations of volatile gas, and can ignite at temperatures as low as 73° F. These mile-long trains pass directly through heavily populated areas, like Seattle and Portland, traveling at highway speeds, often while being equipped with civil-war era safety features.

Earlier this month residents of Mosier, Oregon experienced firsthand the alarming consequences of this threat when 16 tanker cars carrying Bakken crude oil derailed, burst into flames, and spilled 42,000 gallons of oil along the Columbia River. The spill forced a nearby school to evacuate, closed Interstate 84 for hours, and contaminated the town's water treatment facility. Residents were prevented from using their toilets, showers, and drinking water for several days.

And yet the spill in Mosier was widely considered to be the best-case scenario: the cars were the newest, safest model, the tracks were the high-quality, Class 1 track, inspected twice a week, and the oil inside the cars had been “degasified.” Yet 4 of the 16 derailed cars still ruptured and burned.

According to Mosier Fire Chief Jim Appleton, the only reason the disaster wasn’t catastrophically worse is because the 35 mile per hour wind that was blowing a day earlier had died down, preventing the fire from spreading to more cars. Appleton also said that his emergency response team has struggled to be adequately prepared for a disaster of this caliber; for the first 10 hours the burning train cars were too hot for their special type of suppressant foam to work. Firefighters relied on 40 water tenders, brought together under the terms of mutual aid agreements, to pump water from a slough and shuttle it a mile to the accident site.

In the aftermath of the disaster, local residents and state leaders were stunned by how eager Union Pacific, the company responsible for the cars, was to resume running oil trains before an official investigation had determined the cause of the crash. “Restarting trains before the high-risk carnage of their last accident is even cleared from the tracks is telling Mosier they are going to play a second round of Russian roulette with our town,” said Arlene Burns, Mayor of Mosier. “It’s totally unacceptable.”

On June 23rd, federal investigators found that broken bolts connecting the rails to the rail ties had caused the train to derail. The investigation also cited Union Pacific’s failure to maintain its track and track equipment as the underlying reason for the derailment – leaving the region’s residents with little faith in the company’s ability to operate safely.

Meanwhile, a proposed oil-by-rail terminal in Vancouver, Washington, could double the amount of oil moving through the region: sending four 120-car trains through two major population centers, Spokane and Pasco, daily. Independent calculations estimate that under the current levels of oil transport, an incident at the scale of Mosier would happen about once every 30 months along the Columbia River Gorge. If the Vancouver terminal were approved, it would shorten to once every 18 months. In fact, the likelihood of a spill increases even more when other states are factored in; somewhere along the route from North Dakota, we should expect a spill occurring once every 45 days.

According to estimates in the industry’s risk analysis for the proposed terminal, a derailment and spill like the one in Mosier is likely to occur in the Pacific Northwest about once every 12 years. Over the past three and half years a staggering 35 oil train derailments involving a spill took place across North America. The most catastrophic of these occurred in 2013, when an inferno ripped through Lac-Mégantic, Quebec, killing 47 people and costing more than $3 billion in damages.

Who pays? Railroad companies — who are legally liable for any damages —are chronically and severely underinsured. The company responsible for the Lac-Mégantic disaster, MM&A, carried a scant $25 million in insurance and went into bankruptcy immediately, forcing Canadian taxpayers to pay for the more than $2 billion difference. Lac-Mégantic is only a small town of 2,000; imagine if the same disaster happened in the mile-long train tunnel running under downtown Seattle?

Sightline has extensively documented this relatively benign, yet open, secret of the industry. They found that even major railroads, like Union Pacific and BNSF, don’t carry enough insurance to cover the costs of a truly catastrophic disaster. And it's not entirely their fault. The reason: no insurance company can provide that much coverage.

Last year, Governor Inslee signed a bill designed to increase oil train safety in the state of Washington. As a result of the bill, the Department of Ecology adopted new rules that, along with other safety provisions, requires any railroad transporting crude oil in the state to include financial information in their annual reports to the UTC to show that the company could cover any damages caused by a “reasonable worst case spill.”

Sightline did the calculations and found that the cost of cleaning up a "reasonable worst case spill" would be just under 700 million, not accounting for loss of human life, property damage, or other factors.

As for the Mosier derailment, Union Pacific stated it would cover cost of cleanup, and this time it’s likely that it can. The damage was relatively minor and luckily no one was hurt or killed. However, had the same spill ocurred in a major urban area like Seattle, there’s no telling the cost — to public utilities, to property, and to human lives.

The disaster in Mosier hit too close to home for a lot of Pacific Northwesterners, and for many the threat is now all too real. Mosier’s Fire Chief used to reassure his community that Union Pacific Railroad has a great safety record and that rail accidents are rare. Now, after the town's close call, he considers oil-by-rail to be "insane." 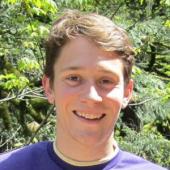