Over the coming several years, more than half of Washington’s emissions will come from the transportation sector. If we don’t act now, Puget Sound’s booming population will mean more people will clog our roads—cars will spend more time idling in traffic, dirtying our air not just with dangerous greenhouse gases but also other pollutants that contribute to asthma and other lung disease.

Tackling climate change is about so much more than cleaner cars and efficient lightbulbs. We must identify different ways of moving people around. Our ballots are beginning to arrive in the mail. Supporting Sound Transit Proposition 1 is an important vote Puget Sound residents can cast to fight climate change.

If it passes, it will stand alongside Los Angeles as among the most ambitious and comprehensive mass transit packages in the country. It means that commuters from Everett to Tacoma can choose a fast and reliable light rail system with zero tailpipe emissions over crawling on I-5. It means a more connected Seattle, so that trips to West Seattle and Ballard no longer mean hopping into a more expensive and higher polluting rideshare vehicle. Taken together, it will cut over 360 million vehicle miles per year, and the entire Sound Transit system will save 800,000 tons of annual carbon emissions—equal to burning 89 million gallons of gas.

Solving for climate change requires solutions at the scale of the problem. So rather than seeking merely to expand transit options, Sound Transit  Proposition 1 thinks bigger. As we develop greater rail and bus access, Sound Transit will also facilitate expansion of affordable and market-rate housing in areas adjacent to the growing system. This will be a game changer for how busy working families, people with disabilities, and seniors experience the system and afford our region. Studies show that families in auto-dependent areas spend 25% of their household income on transportation. In places with robust transit systems, that total falls to just 9%.

This kind of transit-oriented development doesn’t just reduce vehicle miles traveled, it can help eliminate the need for a car entirely. The American Public Transportation Association estimates that families that rely on transit, only possible with a comprehensive system, will save over $10,000 a year in fuel and other costs. This is a clear win for our climate, and it ensures that low-income communities can thrive in the heart of our region.

Environmental advocates often argue that the transition to a clean economy will contribute to broadly shared prosperity, supporting more jobs than our fossil fuel economy does. Investments in public transit are a centerpiece of that transition—Sound Transit Proposition 1 will create nearly 80,000 direct jobs  and contribute an additional 144,000 indirect ones. For comparison, the fossil fuel sector in Washington employs less than 12,000 people.

This article was first published at Seattle Transit Blog. 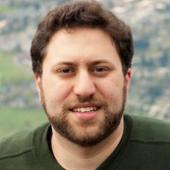