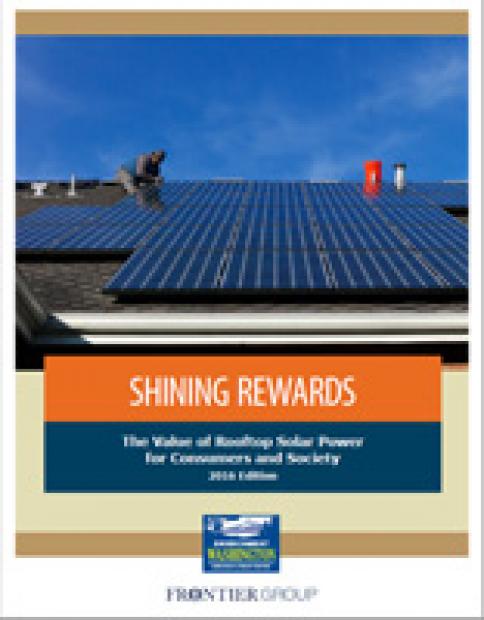 Environment Washington released its Shining Rewards report in October 2016 to examine the rapid growth of solar energy in the United States and the policies the country put in place to expand local renewable energy and address global warming, in particular net energy metering, which is in effect 44 states and has played a significant role in enabling solar for homes and businesses.

With net metering, solar panel owners are compensated for providing solar power to the energy grid. They receive a credit on their electric utility bills for the power their home or business produced offsetting what they are charged for their consumption. Net metering is under attack from several fronts as a subsidy to solar users so Environment Washington set out to review 11 analyses of the benefits of net metering and to make the case to policy-makers to preserve and expand access to net metering.

Shining Rewards asserts that the benefits solar homeowners provide to the grid are "often worth more than the benefits they receive through net metering,” finding of the 11 analyses rooftop solar energy’s median value of was 16.90 cents per kWh, compared with an average U.S. residential retail electricity rate of 11.88 cents per kWh in 2012. 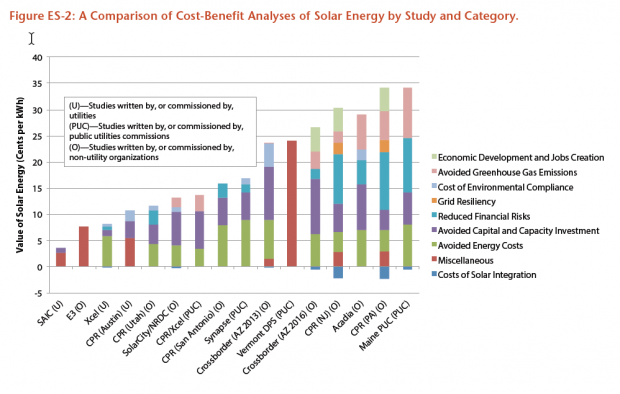 Environment Washington concludes Shining Rewards with a ringing endorsement for continuing net metering policies, which would mean, among other tasks, lifting caps that limit the availability of net metering; including societal and environmental benefits when considering net metering’s costs and benefits; rejecting net metering alternatives that do not offer fair compensation to residential and business customers who provide solar power to the grid; and developing virtual net metering programs that can be used for multi-family homes and homes that do not have sunny roofs from which they could create their own power.