“Northwest communities and leaders agree:  coal exports are not in the best interest of the region. Throughout Oregon and the Northwest, thousands of business owners, elected officials, doctors, faith leaders and others have demanded that Governor Kitzhaber and the State of Oregon protect Oregon families and frontline communities from the dangers of coal exports. Today, those calls were answered,” said Arlene Burns, city council president of Mosier, Ore.

The denial comes on the heels of Ambre Energy’s repeated failures to provide information to the department about the project’s scope and impacts. Each year, Ambre Energy would bring more than eight million tons of coal by rail from the Powder River Basin to the Port of Morrow where Columbia River barge traffic would double to accommodate carrying the product through the Columbia River Gorge National Scenic Area.

“From this decision to news that China’s coal consumption levels are expected to decline, the writing on the wall is clear: Coal exports are going nowhere fast,” Devin Martin, Associate Organizing Representative with Sierra Club's Beyond Coal Campaign in Louisiana. “This decision will only catalyze local movements against coal exports throughout North America. From British Columbia to Washington State to the Gulf of Mexico, communities are saying no to coal exports.”

Over the past several months, more than 20,000 citizens have contacted Governor Kitzhaber requesting a denial of the permit. In May, 86 elected officials from Oregon, Montana, Idaho and Washington urged Governor Kitzhaber and the DSL to protect frontline communities throughout the Northwest by rejecting the permit. Close to 600 Northwest businesses and business leaders have also either expressed concern or outright opposition to coal export.

“Coal exports would devastate my business and jeopardize many other family operations and industries that depend on a healthy, clean Columbia River,” Mike Seely, of Seely Family Farms, said. “Today’s decision shows that Oregon communities and leaders agree: The threats of coal exports are far too risky for our economies and natural resources.”

More than 3,000 medical professionals and public health advocates have requested a denial of the Morrow Pacific project permit. Coal contains lead, arsenic and other toxins that harm human health. In addition to dangerous diesel exhaust from trains, barges and ships, toxic coal dust will threaten air quality and worsen asthma, respiratory illness, and other health problems. One hundred sixty-five Oregon physicians voiced their concerns directly to Governor Kitzhaber in the Position Statement on Coal Exports from Concerned Oregon Physicians to Governor Kitzhaber.

"We applaud today's decision of the Department of State Lands. While protecting salmon and environmental justice communities, this action also benefits the health and safety of thousands of individuals and hundreds of communities throughout our region," said Dr. Martin Donohoe, Oregon Physicians for Social Responsibility.

Ambre Energy has been plagued by financial questions and has made little progress in obtaining state or federal permits for either the Port of Morrow proposal or their larger proposed facility in Longview, Wash, under subsidiary Millennium Bulk Terminals. Just days before the DSL decision, the Oregon Federal District Court ordered the US Army Corps of Engineers to release more than 300 pages of internal agency emails and documents relating to Morrow Pacific’s environmental review.

“Time and time again, Ambre Energy has shown a disregard to the public and to the requests of state agencies for more information about the impacts of their dangerous coal export proposal. The Morrow Pacific coal export proposal was touted as the gateway for the development of coal exports in the Northwest. Today’s decision shows that Big Coal’s window is fading fast,” Cesia Kearns of the Power Past Coal coalition said.

Earlier this year, the Oregon Department of Environmental Quality announced that the Port of Morrow requires an additional water quality permit, known as a 401 Water Quality Certification. To date, the agency has received a record-breaking 16,500 public comments on Ambre’s proposal. Farther north, opposition to Washington state coal export projects also remains strong; this month, faith leaders and the Lummi tribe will hold a cross-country journey to consolidate opposition among key groups that can influence the trajectory of the proposed coal export facility at Cherry Point in Bellingham, Wash.

Since 2010, coal companies have pushed for a total of six coal export terminals for the Pacific Northwest. Three of these have already been pulled off the table. Three proposals remain: the Port of Morrow and two in Washington state at Longview and Cherry Point. Combined, the three terminals would be capable of exporting more than 100 million metric tons of coal each year. In response, the public has submitted more than 400,000 comments, and nearly 15,000 people have attended public hearings for the facilities.

Opposition is being further fueled by a proliferation of proposals for oil terminals and new oil-by-rail to existing refineries. Together, coal and oil projects place an extreme strain on regional rail systems; rail-line communities could see up to 30 loaded coal and oil trains per day and 212 loaded oil and coal trains every week. 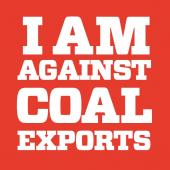 Power Past Coal is a growing coalition of organizations and community leaders sharing a common interest to prevent the West Coast from becoming a high volume coal corridor.