When you think of low carbon vehicles, are you more likely to envision a sporty Tesla than a delivery truck? If so, it may surprise you to know that the big rigs on the road—government and commercial fleets of trucks, buses, and even tractor trailers—are leading the charge toward clean, low carbon transportation.

Fleet vehicles comprise just under 12 million vehicles nationwide, not even 10 percent of the roughly 128 million passenger cars. However, nearly half of those are fuel-guzzling heavy-duty vehicles that account for approximately 20 percent of vehicle GHG emissions nationwide. So fleet manager purchasing decisions can make a big difference in carbon emissions.

The Greening of Fleets

If not already, in the near future your neighborhood garbage truck may run on compressed natural gas (CNG), your child’s school bus on propane, and your grocer’s produce delivery truck on biodiesel. Local buses are looking beyond hybrid to all-electric vehicles; municipal services departments are trading in gas vehicles for electric; and some police departments are considering propane to power pursuit cars.

Although this transformation from dirty to clean fuel sources is widespread, and gaining traction around the U.S. and the world, it is happening under the radar:

What is driving this trend? Cost control primarily: Fuel is the biggest expense for fleets and managers want predictable prices, even if they are higher at times. Fleet managers are also converting to lower carbon fuels in response to carbon reduction goals.

Clean Fuels On The Job

On April 21-22 Portland, Oregon hosted the two-day Green Transportation Summit & Expo, bringing fleet managers, regulators, equipment manufacturers, and fuel distributors together for in-depth learning and networking, and the enticing opportunity to test-drive a variety of clean fuel vehicles on the Portland International Raceway.

Fleet managers came to learn, and to share their success stories. Notable highlights include:

Waste Management. Prompted by the need for lower, predictable fuel costs and in response to customer demand for a lighter environmental footprint, Waste Management (WM) has been evolving from a disposal company to a materials management and renewable energy company. The company has converted much of its fleet to natural gas vehicles, even opening compressed natural gas (CNG) stations across the country (including Oregon and Washington) that not only to serve its trucks but are also open to the public.

With its shift to cleaner fuel, WM was able to meet its 2020 goal of 15 percent carbon reduction eight years early, in 2012, while savings of 350 million gallons of fuel. The company is continuing to convert its 18,000 collection trucks and expects that 90 percent will be natural gas-powered by 2020.

But that’s not all. WM is using its landfills as fuel sources, turning landfill gas into natural gas for its refuse trucks at facilities in California, Ohio, and Illinois. This pipeline-ready renewable natural gas is 90 percent lower in GHG emissions than diesel, which makes it one of the cleanest advanced fuels available. The company is turning to cleaner fuel for other equipment, and now boasts the largest fleet of hybrid bulldozers of any waste company, a move that has cut fuel consumption for this equipment by 50 percent.

Organically Grown Company. Organically Grown Company (OGC) is the largest distributor of organic produce in the Northwest. As a mission-driven company with sustainability woven into every aspect of its business, OCG is committed to reducing carbon emissions from its fleet. OCG has a diverse fleet of vehicles from tractors to trailers to box trucks.

The company focuses on having the right equipment for each job and incorporating efficiency equipment and practices to reduce fuel consumption. It blends biodiesel made from used cooking oil in concentrations from 20 percent to 99 percent depending on the season. Nearly 40 percent of its fuel is biodiesel from Northwest-based Sequential Pacific Biodiesel, a local partnership that keeps money in state and builds the local economy.

Eugene Water and Electric Board. In response to local carbon reduction goals the Eugene Water and Electric Board (EWEB) utility explored cleaner fuels that would effectively power its fleet of line trucks and passenger cars. For passenger cars, the utility turned to electric vehicles. Rather than choosing one fuel type for its larger vehicles, EWEB developed a purchasing contract that includes different fuel blends.

Now, depending on the type and the season, vehicles in the fleet may run on 30 percent diesel, 85 percent ethanol, or another blend. Today, 34 percent of its fuel is lower carbon, a reduction in carbon emissions of more than 250 million metric tons, with a negligible difference in price.

Throughout the two-day Summit attendees repeatedly voiced strong support for state clean fuels standards, like California’s Low Carbon Fuel Standard and similar policies in British Columbia and Oregon. (Washington is ready to move forward with a policy if the State Legislature backs down from a threat to block its adoption).

These policies, which require a reduction in the carbon intensity of transportation fuels over time, help to create a market for fuel producers:

Fleet managers know that gas prices won’t stay low for long, so converting to biodiesel, natural gas, propane, or electric will save money on fuel in the future. As an added bonus, fleet managers have discovered that alternatives to petroleum fuels have a number of unexpected benefits in addition to stable and lower cost.

Most notably, cleaner fuels are better for a car’s engine, which means less vehicle maintenance and a longer-lasting engine—yielding additional cost savings. Perhaps most important of all, drivers like these new fuels and vehicles because they are quieter and pollute less, making their jobs easier and more enjoyable.

The Summit’s take-away message: Low carbon fuels and new technologies have a substantial and growing role in government and industry fleets, with numerous advantages over petroleum. These big transportation players are out front on the road to a new energy future. 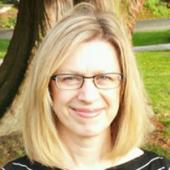