As the Washington State Legislature is struggling to balance its budget, tax exemptions are rightfully receiving scrutiny. But here’s one that pays for itself and thus should be a no-brainer:  the electric vehicle tax sales exemption. Why?  It's worth $68 million to the state’s economy over the next 16 years.

An economic analysis released last week by Securing America’s Future Energy and the Electrification Coalition shows that the existing sales tax exemption for electric vehicles provides an enormous benefit to Washington's economy, and should be extended. The report was authored by Dr. Robert Wescott, President of Keybridge Research, and former Chief Economist on the President's Council of Economic Advisors.

Applying conventional principles of economics and using widely accepted data and models, the report shows that if the tax exemption is not extended, the state’s economy will lose $25 million over the next five years and $68 million through 2030.  This conclusion is consistent with earlier findings on the economic benefits of electric vehicles in Oregon and California.

While this conclusion may initially seem puzzling, it actually makes perfect sense.  Washington produces no oil; petroleum is an import here. A basic principle of macroeconomics holds that imports have a negative impact on GDP. With more electric vehicles in our state, we import less oil—and replacing that energy source with locally produced electricity is thus a net benefit to Washington’s economy.

In addition, the lower operating costs of electric vehicles positively impact the economy. Conventional (internal combustion engine) car owners spend an average of $2,500 per year on gasoline. But electricity—especially in Washington, which has some of the cheapest power in the country—costs a fraction of that.  For the most part, consumers spend that savings locally—another net benefit to the state’s economy.

So why is a sales tax exemption important?

Any "infant industry" has difficulty competing with established industries that have entrenched infrastructure and market share. Governments routinely provide a range of supports for new industries until they are established and can compete on their own. Absent a sales tax incentive, people tend to stick to what they know and far fewer will switch to electric vehicles.

Indeed, other analyses have shown that states with purchase incentives have substantially higher electric vehicle sales. The Keybridge report estimates that without the sales tax exemption in place through 2019, purchases of new electric vehicles in Washington will drop by 63%. Extending the tax incentive would cost the state roughly $5-8 million per year in revenue, little more than a rounding error in the overall budget of roughly $35 billion.

Clearly, evaluating tax incentives to ensure they have clear benefits to the state is critical. But in this case, the benefits of EV incentives are substantial. We already know that electric vehicles are key to reducing emissions of carbon and other pollutants. Now we know they are also a boon to Washington’s economy. Extending the existing sales tax exemption for this infant industry with broad benefits to our health and economy should be an easy decision for Washington legislators. 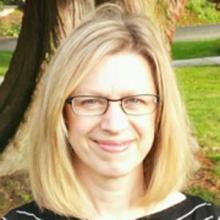 Marlyn brings to her work a wealth of skill and expertise in environmental law and policy, research and analysis, and advocacy campaigns. Before joining Climate Solutions, she worked for several years as a consultant, providing legal and policy advice, issue analysis, and campaign assessments for nonprofit organizations and foundations. Prior to that she directed a Seattle-based foundation, was litigation director for the National Audubon Society, and was a federal court litigator for Earthjustice and Alaska Legal Services.