by Derek Hoshiko and Erika Lundahl on September 7, 2016

“It's a bad dream . . . I think I'm in a bit of a denial state. How can this happen? How can so much happen within the span of three months?”

In the wake of a destructive flood in his home city of oil boomtown Fort McMurray, Alberta, Keith McGrath, a councillor for the Regional Municipality of Wood Buffalo, was left stupefied. It’s not hard to see why. His community was rocked by massive wildfire destruction in May, with forced evacuations and $3.6B in damages—and now, a scant three months later—flooding.

The thing is, we are all experiencing McGrath’s “bad dream” on a global scale. While writing this article over just a few weeks, we have been trying to track flooding domestically and abroad. The headlines have been daunting to track (there were just so many), and each individual story is heavy with the emotional weight of lives and communities forever changed. Take the case of Ellicott City, Maryland: On July 31st, a flash flood destroyed the majority of their historic downtown business district. News of the flood on a national scale was barely a blip on the media radar.

From across the country, many of us watched Titanic-reminiscent footage taken on a shaky camera of guests at a hotel restaurant crowding at second-floor windows in amazement—and even amusement—as water covers the street below. “We just came here to play Pokemon and have dinner,” one patron jokes off-camera.

Soon their bemusement turns to shock, then horror, as waters rise. A trash can floats down the street in the rising flood, followed by cars—and people. Near the end of the video, patrons are in shock. Some scramble to find screwdrivers, in hopes of wrenching the windows open to aid people stuck outside. This flood, regarded as a “thousand-year” event, was the most destructive natural disaster in Ellicott City’s history. The Howard County Department of Fire and Rescue Services reportedly rescued 80 people from their vehicles during the course of the flood. Miraculously, only two people were killed. Not every community is so lucky.

In West Virginia in June, at least 23 were killed and the small mining town of Richwood was devastated. In August, in what the Red Cross has called the worst natural disaster since Hurricane Sandy, the Louisiana flooding, which has claimed 13 lives and damaged upwards of 100,000 homes, has been deemed a “thousand-year storm.” Colorlines’ Yessenia Funes reported that public health officials and social services professionals in Louisiana say that the people arriving at shelters, predominantly people of color, are experiencing the most dramatic changes in quality of life and dangers to health and wellbeing in this crisis. This is characteristic of many climate disasters, where communities of color suffer the strongest impacts.

In the wake of the disaster, the Obama administration issued new guidelines to ensure “that individuals and communities affected by disasters do not face unlawful discrimination on the basis of race, color, or national origin” — which would be in violation of Title XI of the 1964 Civil Rights Act. The guidelines released on the heels of the flooding, refer to many incidents of discrimination of people of color in Hurricane Katrina’s aftermath.

Widen the scope to international events in the last six months and death tolls rise considerably. Flooding from a massive monsoon in Eastern and Central India just last week left 300 dead and hundreds more homeless and evacuated. Nigeria, which saw historic flooding in 2012, is seeing history repeat itself this year with dangerously saturated soils and 5,000 people already displaced.

Since we started writing this piece, flooding in Sudan has gone from bad to worse. From June to late August, 161,000 people have been affected, 14,700 buildings have been destroyed, and 114 people have been killed, according to FloodList. Not enough examples? There has also been epic flooding here, here, here, and here.

It would seem that much of the world is underwater.

It’s easy to think of these flooding events as isolated incidents, and as unfortunate and tragic as they may be, once passed, as troubles to heal from and move on without further reflection. At least for the next thousand years. Media covers the tragedy of each of these events, one after the other: each flood, and each wildfire, each oil spill. Tragic, but each event as separate. But don’t these events point to a larger story? Where in the news are journalists addressing the question that McGrath posed in Fort McMurray: “How can this happen? How can so much happen within three months?”

The reality of climate change is that these catastrophic flooding events aren’t going away, and they have and will continue to be more frequent, more intense, and more deadly until we collectively take some very difficult steps to slow climate change which is exacerbating floods and extreme weather events. We also must call out and accept responsibility for the disproportionate impacts on our communities. So what does that look like?

We must face the chilling reality of this new climate unflinching. We need to challenge white-dominant society to stop—to take a pause and reflect, or else our reactions will not be as pure or powerful as they could be. McGrath’s state of denial is understandable on a personal level of tragedy, but deeply unnerving when understood as reflective of culture’s larger views on climate disasters. We must collectively open our hearts as well as our minds, to reflect on the human drama and tragedy that is occurring in real time, and to grieve the losses as they come. Without acknowledging this grief, we risk perpetuating denial, despair, and nihilism.

We must listen to the people most impacted in every decision we make around climate. When we listen, we are able to confront our privilege, gain awareness and compassion for what people are dealing with, and are able follow their lead to co-create solutions that work for them. Only when we free ourselves from being unwittingly paralyzed by fear, and by reconnecting to our common humanity, can we know what to do, and why it matters.

We must do all we can to calm the battery of storms and halt the worst impacts of global climate change. This means systematically reducing—and ultimately eliminating human-caused greenhouse gas emissions, while also helping communities prepare for future disasters now, not tomorrow, not later. We must do this faster than what may seem “politically feasible.” We must do this because big change is coming; the floods and fires and droughts are upon us. There is no more time. What we do have are communities of people. Communities that can say no to coal or oil trains running through their backyard, and to pipelines anywhere. Communities that can plan for the likely flooding and drought and fires that have already become the norm. Communities that can say yes to alternative energy systems and new ways of structuring society that prioritizes equity, sustainability, and crisis mitigation. 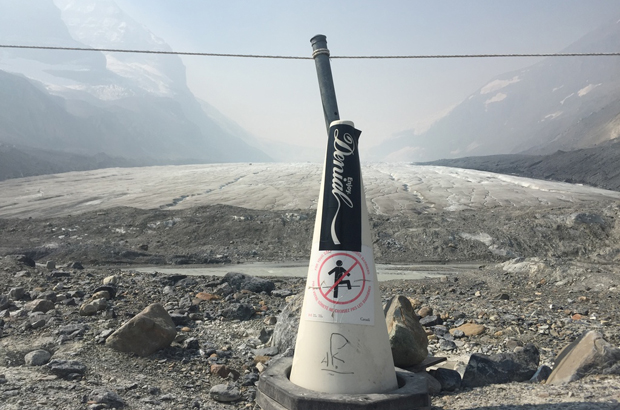 We are celebrating the one-year anniversary of The Road to Athabasca, our pilgrimage by bicycle from Seattle to the tar sands of Northern Alberta—and to Keith McGrath’s hometown, Fort McMurray. We travelled there before the fires and floods that made the news cycle. We went there to see with our own eyes the direct impact that oil infrastructure and fossil fuel extraction has on the land and water. And, from abandoned oil well sites to the toxic tailings ponds on the edge of the Athabasca river, there was plenty to see and feel. It was a powerful lesson in how our dependency on fossil fuels creates sacrifice zones—places that we have collectively decided to abandon to polluters in the name of the continued burning of fossil fuels.

But perhaps even more powerful than seeing the immediate damages to land from oil extraction, is to now witness towns like Fort McMurray wrestle with their fragility in the face of climate change, and to recognize that we all have a stake in each of these floods and fires.

Scientists have been telling us for years that climate change is human-caused. Racial and economic inequality amplifies extreme weather disasters as a result of not listening to or accounting for the needs of the most vulnerable.

These thousand-year storms are what we should be preparing for, but also what we need to be confronting head on at a systemic level. It’s time to join in shifting the dialogue from choruses of disbelief, ‘how could this happen?’ to clear-sighted and collective action—a just transition to a less destructive energy system..

It’s time to acknowledge that Keith McGrath's “bad dream” is our new reality. It’s up to us to decide whether to change things for better or for worse; inaction and denial are decisions in and of themselves.

How shall we spend the next thousand years? 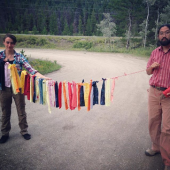