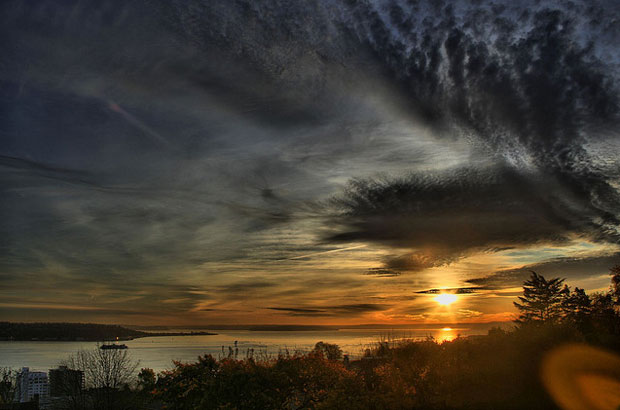 Demand for coal domestically is not what it was—and will never be what it was—so producers have cast their gaze abroad, where they hope Asian markets respond as domestic ones fail. It’s a long shot, though, because there’s too much supply and too little demand, and the strong U.S. dollar continues to keep exports of all kinds less competitive.

The issue is magnified here in the Pacific Northwest, where proponents of big coal-export projects have faltered time and again in their attempts to advance an ambitious if ill-advised agenda.

Six new terminals have been proposed over the past several years in Washington and Oregon, and none have materialized. Three have been cancelled, one is clinging to a thread of construction hope after Oregon officials denied its developers a permit, and two in Washington—Gateway Pacific Terminal in Puget Sound north of Seattle and the Millennial Terminal—are mired in lengthy environmental reviews.

Resistance has been extraordinary. More than 200,000 public comments—the vast majority in opposition—have been submitted on Gateway and Millennium, and the Lummi Nation has asserted its tribal treaty rights to block the Gateway project.

In the face of all these challenges, coal-export proponents have stuck to a single-minded public-relations mantra: “Jobs, jobs, jobs.” The pitch is that port expansion will automatically lift local economies and that everyone will benefit as global coal markets come roaring back and the rising tide (along with the terminals) bring hundreds of millions of dollars of investment to depressed port communities.

It’s a bold plan, but how realistic is this vision, how believable is the ballyhoo, how credible is the hype?

Some of the details in the Millennium proposal yield a few clues, and more than a wisp of desperation:

The bottom line is that Millennium’s project costs are very likely understated. In any case, its backers have a net worth well under half those costs and show no current ability to fund the economic development and jobs they are promising.

They could get lucky: coal prices might magically surge again, defying forecasts from virtually every financial and industry analyst and defying what futures markets are telling us. They might find what investors call a “greater fool,” somebody with deep pockets who will buy them out and fund the project. It’s possible they will persuade the public to pick up a big share of the tab and underwrite the investments, a strategy that is already emerging in Wyoming, where the coal would be mined and where legislators are talking about putting money into out-of-state export facilities.

The harsh realities of the energy markets indicates a different outcome, however, and it’s time now for proponents and investors to move on.

This article is cross-posted with the Institute for Energy Economics and Financial Analysis.