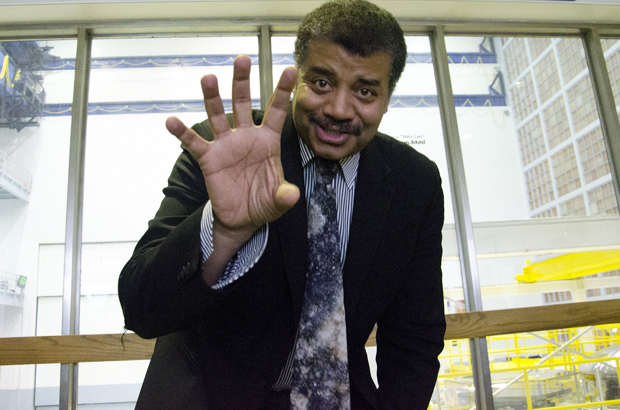 Funding education is a top priority for the Washington State Legislature this year, with the public—and the courts—breathing down lawmakers' necks to make sure that teaching our kids isn't neglected. But this week, it was legislators' own education that came into question. A majority of the State Senate showed that they were struggling just to keep up with basic science when they rejected a bill acknowledging that “human activity significantly contributes to climate change.”

This should be pretty basic stuff at this point, but go figure. The international scientific consensus on climate change is unequivocal: human-produced carbon pollution is causing global warming and disrupting our climate. Internationally, there is even cross-party political consensus on the need to take climate action. In England, all three major parties signed a joint agreement recognizing that climate change “is not just a threat to the environment, but also to our national and global security, to poverty eradication and economic prosperity.”

So how did the Washington State Senate, a legislative body in the most innovative, science-literate state in the country, fail this basic test so badly?

This particular civics lesson started last Friday during debate on Senate Bill 5735, sponsored by Sen. Doug Ericksen, which would hollow out Washington’s most effective clean energy policy, I-937, under the guise of reducing carbon emissions (see here for more about 5375 and other clean energy rollbacks). Considering that Sen. Ericksen’s bill was ostensibly about addressing climate change, Sen. Cyrus Habib offered an amendment that enshrined, as the intent of the bill, that climate change is real and humans are the cause. The amendment seems innocuous, as it is a scientific fact, but Sen. Ericksen asked for the amendment to be thrown out, arguing that climate change was beyond the scope of his “carbon emission reduction” legislation. The Senate quickly adjourned for the weekend, only to pick up the debate on Monday.

"Senator Ericksen has stated that carbon reduction isn't the main goal of his proposed legislation, but
the title of his bill is Providing Incentives for Carbon Reduction Investments. So you can see why his argument is somewhat baffling."
Senator Cyrus Habib

Leading off debate on Monday, Lt. Gov. Brad Owen, whose duties include presiding over the Senate, ruled that Sen. Habib’s amendment was very much within the scope of the bill and that the climate deniers would just have to deal with it. So again, the Republican majority pulled the bill off the floor to avoid having to vote. Only much later in the day did the Senate come back around to the bill, in which time Sen. Ericksen has proposed his own amendment to Sen. Habib’s amendment -- removing the scientific parts. In Sen. Ericksen’s version, humans “may” contribute to climate change, which isn’t actually true (humans do significantly contribute to climate change), but it better fits the ideological party line. The GOP majority pounced on the weaker language, and the whole mealy-mouthed clean energy rollback passed through.

The costs of climate inaction are clear and rising. The damages to our economy and livelihoods are being felt now in crippled fishing hauls, shuttered recreation companies and increasingly destructive wildfires. Unchecked climate change will harm our children’s health and leave them with fewer opportunities. The Washington State Senate should take the time to study the science, listen to their constituents and accept reality: human-caused climate change is happening and threatens our way of life. But we can, and must, address it head-on.

The whole floor debate was an instructive lesson on where state of debate is in the Washington Senate. If there is any positive takeaway from a vote in which most Senators failed Climate Science 101, it is that we have real climate champions in Senators Cyrus Habib, David Frockt, Kevin Ranker and others who stood up for science and clean energy in this debate. A number of senators crossed party lines to stay in the real world and there is strong leadership in the legislature for effective climate policies like the Carbon Pollution Accountability Act. We applaud the Senate’s climate leaders, and hope that the whole Legislature represents Washington well by heeding the overwhelming scientific evidence supporting climate action.

From the Pacific to Paris and back
Clean fuels help kids breathe easier, who’s opposed to that?
Join the fight for an oil-free future
SB 5735: This bad bill is no win for the climate