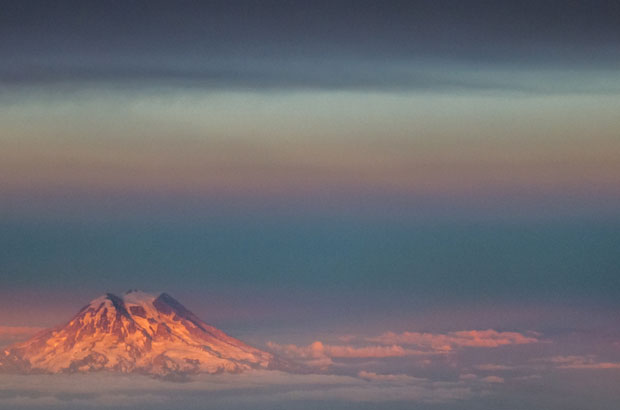 HJL
From the Pacific to Paris and back
Ben Serrurier
December 14, 2015

The Sunday morning headlines across Paris said it all: “Un accord historique où tout reste à faire” (An historic agreement where much remains to be done). On the merits of international climate negotiations, the climate agreement hammered out by 196 countries over the last two weeks at COP21 is a success. Negotiators avoided the discord of previous negotiations (most memorably Copenhagen in 2009) and even embraced greater ambition than anticipated in some areas. The final agreement aspires to limit warming to just 1.5 degree Celsius, recognizes the “loss and damage” caused by the warming already occurred, and sets a goal of $100 billion to help developing nations adapt and decarbonize. The moral case for action (in part inspired by the Lummi Nation’s kayaktivism on the Seine) was palpable throughout the negotiations. While all a bit vague and non-binding, these steps toward climate justice are important and hard won. Years of hard work by countries, businesses, local jurisdictions and citizens have helped create the Paris Agreement, but now we know that, even more must done.

What’s in the agreement:

In the world of international governance, process is everything. The agreement creates a binding, international process for coordinating carbon reduction and a framework for global cooperation in transitioning to a carbon pollution free future. Under the Paris framework, countries are required to pledge carbon reductions (Intended Nationally Determined Contributions, or INDCs) that are reviewed, updated (read: strengthened) and verified every five years. The “review and ratchet” approach will stitch together the INDCs with a regime of accounting and transparency. Unlike previous efforts (notably the Kyoto Protocol) which mandated action only from developed economies, the Paris agreement calls on all countries to contribute solutions. By relying on voluntary national pledges, the agreement respects differences in economic conditions, reduction opportunities and historic responsibility.

The biggest piece missing from the agreement is a strong connection between ambitious climate action and equity. The nods toward climate justice found in the preamble need to be strengthened and made part of the operational text to build towards stronger emission reductions. Actually meeting the agreed warming targets requires more support for clean energy development and impact protection in the global South. Social and economic justice for frontline communities is essential for achieving greater pollution reduction, and because the Paris agreement falls short on equity, it also falls short on ambition. When the agreement sidelined issues of justice, it also gave up on the hope for greater emissions reductions. We can and must do more to achieve a stable climate, and that commitment requires supporting developing countries and impacted communities to lead in solutions.

Individual countries' carbon-reduction pledges are built on a foundation of domestic policy. This mean that the Paris agreement is only as strong as local, state and federal actions that deliver on the national commitments to cut emissions. Climate action at the state and local level filters up to the national pledges, helping to drive international ambition and competition. Every oil terminal abandoned, ton of coal left in ground and solar panel installed directly fuels the international commitment to meet and beat national targets for carbon reduction. What we accomplish here in the Pacific Northwest pushes the ambition of the U.S., Canada, and therefore countries around the world.

After years of climate leadership, the West Coast should take a moment to celebrate helping make the Paris agreement possible. But now the real work begins because the current commitments must be strengthened and Pacific Northwest leadership is critical to making that happen. We are winning the coal and oil transportation fights, fighting for the nation's first regulatory cap on climate pollution through Washington’s Clean Air Rule and building a new kind of climate movement with Renew Oregon and the Alliance for Jobs and Clean Energy—our region has never been so important for the rest of the globe. If the U.S. is to lead the world towards a sustainable climate, the Northwest will need to accelerate our transition to the clean energy economy. Speaking about the vibrant West Coast clean energy economy in front of a packed room at the negotiation center, Governor Jay Inslee called the West Coast an example of “super-national action.” With an agreement in Paris that relies on state and regional leadership to push the agenda, the prospects for a livable climate require we do even more.