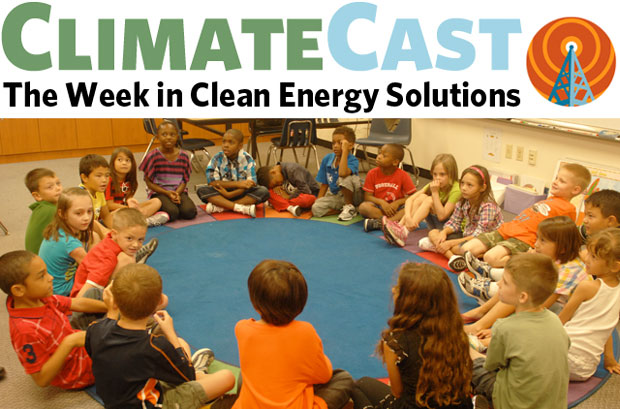 The Supreme Court last week suspended the EPA Clean Power Plan, igniting speculation about the future of President Obama’s signature climate initiative and the stakes for global climate action. The injunction—which freezes the mandate to reduce carbon pollution from the US power grid pending an appeals court ruling, presumably followed by an appeal to the high court—came on a 5-4 vote, just days before Justice Antonin Scalia’s unexpected death roiled the national political climate. Early analysis predicted trouble for the CPP, on grounds that the vote for a stay foreshadowed a majority to overturn the rule entirely, as part of a conservative court’s pushback against Obama’s executive actions. Scalia’s death upended that calculus, with the fight over his successor’s confirmation demonstrating yet again how politics affects the landscape for climate action. Regardless of the court’s decision, a host of other factors provide a tailwind to clean energy, and market forces and political pressure were expected to continue driving coal out of the power mix, a perspective affirmed even by Edison Electric Institute and the Deloitte consultancy. But some states put a hold on their plans to comply with the power rule, and a larger concern is the signal it sends internationally that US climate commitments are on shaky footing.

A UN agency last week set the first-ever limits on climate pollution from commercial aircraft, which will require all new aircraft to meet heightened fuel-economy standards by 2028. At its annual meeting in Montreal, the International Civil Aviation Organization adopted the seventh most stringent of 10 alternatives under consideration. Current versions of the Boeing 737 and Airbus 320 would fall short of the standards, but new versions of those planes already on the drawing boards (737Max) and just debuting (A320neo) will pass muster. Despite the historic nature of the new standards, they earned criticism from environmental groups, who argued that they require less progress from plane manufacturers than market forces would produce anyway.

The Green Climate Fund—the UN’s vehicle to invest in the clean energy transition in the developing world—has faced heightened criticism in recent weeks. Its three largest donor countries have slammed it for lacking a “theory of change” and coherent strategy; a split between industrialized and developing countries has paralyzed the board; and smaller, climate-vulnerable countries complain it is difficult to get accredited as a prospective recipient of GCF funding. The roadblocks make the role of corporate and NGO funding all the more important—a challenge for which a panel convened by The Guardian offers a dozen ideas.

Rooftop solar costs less than utility power in 20 states after accounting for state incentives, according to a GTM report released last week. As a result of this improving competitive posture, the US solar work force grew 20 percent last year to top 200,000, with California and Massachusetts boasting the most jobs, according to a report released last week. The utility empire is striking back, with tactics that include a deceptive and well-funded Florida initiative campaign to buttress the utility monopoly against rooftop solar competition. The teetering regulatory environment in some states has spooked investors, sending solar stock prices sliding. But the jedis won’t go down without a fight, and solar advocates protesting the reversal of Nevada’s net metering law showed up to hearings last week wearing sidearms, taking advantage of their rights under the state’s open-carry law.

Climate commentators grew restless last week at the absence of climate from the primary debates, with Mother Jones pointing out that the debates have included many more “non-substantive questions” than climate questions, and conveniently suggesting what to ask. The interviewers’ focus matches the opinions of a Politico insiders’ panel, which lowballs the significance of climate to swing voters—a view challenged by Grist’s Ben Adler, who said educated suburban swing voters may care about climate even if white blue-collar swing voters don’t. Moderators continued to ignore the issue in Thursday’s Democratic debate, despite significant policy differences between the two Democratic candidates, though Sen. Bernie Sanders did link fossil fuel donations to GOP politicians’ rejection of climate science.

Most US students are taught climate change poorly

Nearly two-thirds of American students receive limited and inaccurate education about climate change from teachers who spend only one to two hours total per academic year explaining the topic, according to a new Nature study. The first nationally representative survey of science teachers focused on climate change education finds that 30 percent of teachers emphasize that natural causes likely create climate change, while only 38 percent of teachers teach the influence of fossil fuels, and 12 percent don’t mention it at all. Conservative values and lack of knowledge hinder teachers from teaching climate change accurately. Atmospheric scientist Michael Mann decries the disservice teachers are doing to today’s students, who will bear the brunt of the climate crisis tomorrow.

Image: Students in a second-grade classroom at a US Army base in Korea. US Army photo by Victoria Choi.