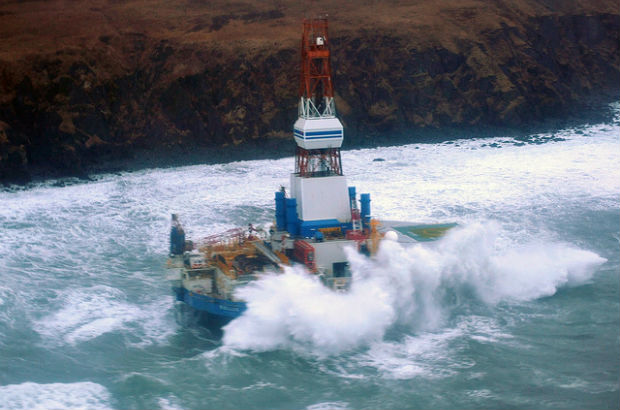 Royal Dutch Shell experienced its latest setback in the hunt for Arctic oil on July 3rd when the company’s 380-foot icebreaker, Fennica, suffered a three-foot gash to its hull after taking a shortcut through shallow waters. This preventable accident follows a long line of mishaps that have troubled the oil company in recent years.

The Fennica, whose very job is to prevent icebergs from colliding with oilrigs, was delivering equipment used for capping a well in the event of an underwater blowout. In addition to the bitter irony, this accident raises yet another red flag about the viability of Shell’s activity in the Arctic: two runaway drilling rigs, a crushed oil-spill containment system, and numerous safety and environmental violations plague the company’s recent track record. How many more red flags must go up until we realize that Shell’s Arctic drilling activity presents a huge environmental threat?

Melting ice caps have opened up new territory for potential oil exploration. While this situation could be considered an opportunity, the inherent risks of Arctic drilling make such an undertaking exceptionally hazardous—especially for the climate. Other oil companies have chosen not to explore the Arctic. Why is Shell pushing forward?

Adding the risk of environmental destruction in the event of a blowout or a rig crashing into the coastline and spilling its toxic cargo, the oil that Shell seeks to unearth from the Arctic must stay where it is for another reason. Scientists agree that the planet cannot handle the additional carbon emissions if we extract currently untapped oil sources

There are two questions that should be asked before Shell commits itself. Isn’t it insane to drill for carbon-polluting oil in a region that is only accessible because of global warming? Is Shell even capable of doing so safely? According to Shell’s recent safety record, the answer to the second question is clearly no.

A Look at the Facts

The Arctic is one of the most unpredictable and unforgiving regions on the planet, characterized by rolling seas, violent storms, hurricane-force winds, and sub-zero temperatures for most of the year, which shorten the window for drilling in the region to only a few short months in the summer.

In addition to the turbulent weather conditions, the very notion of drilling successfully and safely in the Arctic is uncharted territory. No oil company has previously attempted an operation requiring such high safety standards and vigilance to safeguard the environment. Current technology for cleaning up spills is only proven in temperate waters, and is arguably useless in the ice-riddled waters of the Arctic, critics say.

Furthermore, the Chukchi Sea, where Shell would operate, lacks infrastructure for any kind of emergency response; the nearest permanent Coast Guard facility is more than a thousand miles away.

A Series of Mishaps

The Fennica wreck is only the most recent in a series of accidents Shell has suffered in its pursuit of Arctic oil. In late December 2012, Shell narrowly averted an environmental disaster when its 250-foot-tall drilling rig, the Kulluk, broke loose from a towline and drifted out of control during a violent winter storm.

The rig eventually ran aground just off one of the larger islands in Alaska’s Kodiak archipelago, a landscape of forests, glaciers, streams, and diverse wildlife. According to the Coast Guard, the wreck was caused by an “inadequate assessment and management of risk.”

The Kulluk was carrying 150,000 gallons of diesel fuel and lubricants that, fortunately, remained contained during the storm. Had the fuel tanks ruptured, the result would have undoubtedly devastated the ecologically and culturally rich Alaskan coastline. Since the Kulluk incident, Shell has had 30 documented spills, eight for which the Arctic Challenger, was responsible. Ironically again that vessel carried another oil spill containment system.

The Challenger’s containment dome—essentially a giant underwater vacuum cleaner—demonstrated Shell’s capacity to clean up a spill during a controlled test in the summer of 2012. Shell assured federal regulators that the dome would be satisfactory for capping a blowout and diverting the flow of oil to a tanker on the surface.

The test proved otherwise. Originally planned to last a single day, testing was prolonged by equipment problems, On day three, technical and structural failures caused the giant steel dome to blow off its cap; it rocketed to the surface where it "breached like a whale" before sinking to the bottom. After the destroyed dome had been retrieved, an Alaska safety official described it as resembling “a crushed beer can.” Had the same containment dome failed during an actual underwater blowout, the environmental repercussions would have been titanic.

The Arctic represents a multibillion-dollar investment for Shell. Apart from the sheer uncertainty of safe drilling, the additional costs of infrastructure development, investments in technology, and the high potential for financial liabilities push the economics of Arctic drilling to the outer limits of commercial viability.

A serious economic challenge for Shell is that the U.S. is already awash in cheap oil, and in the midst of a natural gas boom. In order to be profitable, Arctic oil must fetch a minimum of $75 a barrel—compared to the current U.S. shale break-even price of $65.

The crude reality is that drilling for oil in the Arctic is neither economically viable nor environmentally safe. Shell’s recent track record speaks for itself.

But the more fundamental question to answer is why we are allowing Shell to explore Arctic drilling in the first place? Scientists estimate that humans can add no more than approximately 565 gigatons of carbon dioxide into the atmosphere by 2050 and still have a chance of keeping global temperatures from rising no more than 2 degrees Celsius, the accepted safe limit.

According to 350.org, at current rates companies like Shell are on track to emit 2,795 gigatons of carbon dioxide from burning the fossil fuels over the coming three decades—blasting past the safe limits, and sending us into an uncertain future of climate chaos. To keep this from happening, we have to stop building new infrastructure for extracting the fossil fuels that are currently in the ground.

The fact that melting ice caps present an economic opportunity to some rather than a grave warning is seriously wrong. The Arctic bioregion, home to some of the rarest and most fragile species on earth, may not survive the environmental impact of even more global warming, much less the direct effects of an oil spill.

The bottom line is that Shell’s plan for drilling in the Chukchi Sea is reckless and involves substantial risks. Even if it were safe to drill, burning any amount of Arctic oil poses a huge threat to the future of our climate. 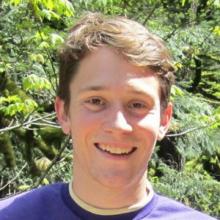