The end is nigh for Northwest coal export

The starkest warnings about the coming apocalypse are coming not from long-haired hippies, but from Wall Street bankers in three-piece suits. This is not another screed from an environmental fanatic predicting the end of the world; this is a discussion about the collapse of the business case for investments in coal export infrastructure.

That message - that end times are upon us for global coal markets - is the gist of  recent reports from Citi, Sanford Bernstein Company (proprietary), Deutsche Bank, Bank of America/Merrill Lynch, and Goldman Sachs.  Citi’s report is the most recent, forecasting “peak coal” in China by the end of the decade. Perhaps the most significant for those following the proposed Northwest coal terminals is Goldman Sach’s recent warning to investors that the window of opportunity for global thermal coal infrastructure is slamming shut.

Their recent report–“Rocks & Ores, The Window for Thermal Coal Investment is Closing”(proprietary research)–predicts dire times for global investors in thermal coal (the kind of coal burned in power plants). The key reasons cited in all these reports: cooling economic growth in China, growing concerns about massive air pollution fueling limits on coal and investments in cleaner alternatives, and significant oversupply from global and Chinese coal producers. And while no one would confuse Greenpeace with a Wall Street bank, the non-profit examined many of these same factors and reached similar conclusions in an excellent report earlier this year, The Myth of China’s Endless Coal Demand. 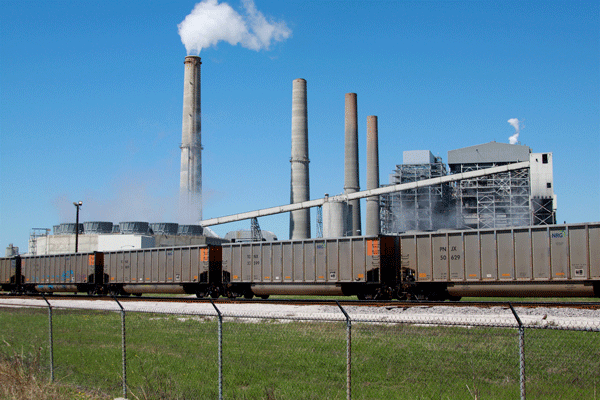 Though Goldman Sachs is far from alone in predicting tough times for investors in thermal coal projects, its warnings may be particularly relevant given its direct involvement in Northwest coal export proposals. A Goldman Sachs infrastructure fund owns 49% of the largest proposed terminal, the Gateway Pacific project, through its investment in the parent company, Carrix.  Essentially, Goldman Sachs is warning against a bet that it has already placed. Before you get too worried about Goldman, though, you might be relieved to know that little of its money is likely at risk.

While it is difficult to get the details, Goldman appears to have marketed its infrastructure investment fund to public, union, and other institutional pension funds and reportedly has little remaining stake in the coal terminal. These institutional investors ironically have been sold infrastructure plays as “safe” and relatively boring places to park their money. The recent market collapse and insider forecasts should make it clear that placing bets on coal export infrastructure is extremely risky and the house is lengthening the odds.

The party is over

Perhaps “the party is over” is a more apt phrase, as a bubble market fueled by hype, hope, hubris and massive public subsidies comes crashing to the ground in Australia, the US and other countries. Global coal prices are hitting lows not seen since the 2008 recession.  Industry publication SNL (sub. req.) reported last month that “publicly traded U.S. coal companies have lost nearly $46.9 billion in market value since the most recent market peak in the spring of 2011, more than the gross domestic product of many nations, including Costa Rica and Tunisia.” Just last month, Moody’s downgraded Peabody Energy, the world’s largest coal company, further into junk territory. Moody’s cited “prolonged weak industry conditions for … coal, with little improvement expected over the next 12-18 months.”

As is often the case, Goldman and others are issuing their warnings after most of the smart money has already rushed to the exits, leaving smaller investors to pick up the tab. Many large, diversified companies have cancelled projects or planned investments in thermal coal in the past year, citing the collapse of global markets. The world’s largest mining company, BHP Billiton, recently announced that it was “finished for a time” with thermal coal investments, joining companies like Glencore-Xstrata, Kiewit and Kinder Morgan who have recently cancelled bets on coal.

There seems to be a theme: the companies that have other places to put their money are no longer driving investments in coal infrastructure. From companies whose only business is coal, however, we are still hearing predictions of a coming “supercycle” in global coal and years of continued growth. As the saying goes: “If the only tool you have is a hammer, everything looks like a nail.

What this means for proposed coal export terminals in the Northwest

All of these terminals were planned and publicly announced during the go-go years of 2009-2011, when Asian coal prices were skyrocketing and industry mouthpieces were predicting years of continued growth. Since 2011, prices have collapsed and three of the six terminals have been cancelled or put on indefinite hold. Clark Williams-Derry at Sightline has an excellent post charting the Northwest coal proposals against the global bubble in coal prices. 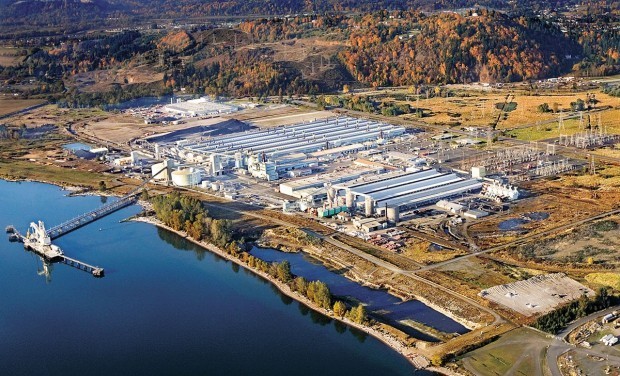 Millennium Bulk Terminals, a subsidiary of Ambre Energy is trying to build the first major U.S. coal export terminal on the West Coast in Longview, WA

The remaining projects will require the proponents to raise huge amounts of capital. For example, the CEO of Ambre Energy, the shaky Australian start-up behind two of the remaining three projects, has stated that they will to raise more than a billion dollars to complete these projects. With current market conditions and growing investor skepticism, it is hard to see where they find that kind of money. Just last month, Ambre was unable to raise the $70 million that it needed to settle a lawsuit with Cloud Peak, over their joint ownership of the Decker Mine.  To quote Deutsche Bank, “rational decision making” will require companies to defer or cancel major infrastructure projects to export thermal coal.

This issue should concern everyone in the Northwest, not just investors in the coal companies and terminal developers. Many local communities and businesses have raised concerns about the severe economic tradeoffs, externalities and hidden subsidies that will result if these projects move forward. The project proponents’ astroturf group, The Northwest Alliance for Jobs and Exports, constantly hypes the promise of jobs and economic benefits as the primary reason to build these terminals. Even a quick glance at the current market turmoil should serve as a wake-up call.