What kids did this summer: prepared for climate strike

A global climate movement is gaining momentum, and youth are leading the way. Last May, students walked out of schools in a widespread climate strike. This weekend, an even bigger Youth Climate Strike is scheduled to take place, with young people and adults alike taking to the streets on Friday, September 20th to demand that global leaders take action on the climate crisis now. Seattle young people have taken action, and are still taking action. They didn’t take the summer off.

A Climate Justice Summit for Youth held this July powerfully displayed the energy, curiosity and optimism of youth. Over the course of two days, presenters offered workshops on civics, storytelling, strategy, organizing, and the history of racial oppression to attendees ranging from high school freshmen to grad school graduates. Many of the presenters were also young people, including Jolie Barga, a high school freshman with Washington Youth Climate Strike, and Marquis Mason, an organizer in his 20s with Oregon League of Conservation Voters.

Many climate-focused gatherings focus on the threats posed by climate change, but the young attendees at this summit arrived well aware of the large-scale dangers. They came wanting to know what they could do about it—especially those too young to vote. Speakers and panel discussion offered a range of answers, from elected officials to direct actions, like those undertaken by the valve turners in 2016. Some speakers implied that no “mainstream” sources, even the UN’s International Panel on Climate Change, could be trusted to provide reliable information; others placed emphasis on working within existing systems to create change. All of them emphasized that a rapid and just transition were critical if we were to avoid the collapse of civilization.

At various points during the summit, participants were asked to collaborate on vision projects. What would they like to see five, ten, or twenty years down the road? National high-speed rail, a complete ban on fossil fuels, green housing and transportation options, urban food forests, social equity, and better education options were recurring themes. While many of these themes are common throughout the progressive movement, only fossil fuel bans, high-speed rail, and green housing and transportation are typically mentioned as goals of the environmental movement. The social element has begun to make its way into the conversation, but are often treated as separate from the whole.

When it came to activism and organizing, however, not all of the ideas mentioned were practical or realistic. There was a general lack of understanding of the existing political system, which hobbled them at the planning stage. Civics is not currently a state graduation requirement in Washington, though that will change starting in the 2020-21 school year, and though the first presentation was on the current system of government, there is only so much that can be covered in 45 minutes. Summit presenters and attendees alike focused on systemic solutions to big-picture problems, and many of their visions were optimistic but good and sensible goals; they are primarily missing the knowledge and experience of long-time organizers and activists.

The voices brought forward at the summit often go unheard and their ideas unshared, and yet they are the ones whose future is being decided. Existing organizations benefit from amplifying youth voices and harnessing youth energy to create large-scale, equitable, sustainable change as we take action on climate change. Ignoring them places the chance at a peaceful retirement at risk.

The July summit was organized by Our Climate, with presenters and sponsors including Fridays for Future Seattle; Washington Youth Climate Strike; Women of Color Speak Out; Youth Ocean Conservation Summit; For The People; Extinction Rebellion Seattle; 350 Seattle; Oregon League of Conservation Voters; Sunrise Movement Tacoma; Puyallup Water Warriors; and No New Youth Jail.  On September 20th, many of the same organizations will be participating in Youth Climate Strike events in Seattle, Olympia, Kirkland, Bellingham, Wenatchee, Spokane, and many other cities around the world.  The young people leading this event ask adults to turn out in solidarity as they send a message: Climate action NOW.

If you can’t leave work, here are five other ways to participate. 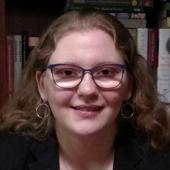