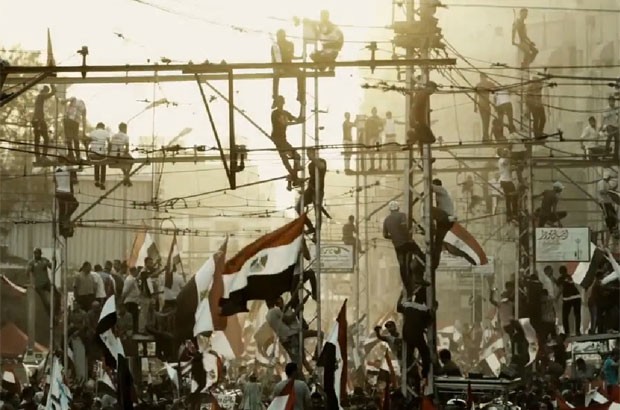 I had intended to review this week’s episode of Years of Living Dangerously through a lens of climate security. The episode featured part two of Thomas Friedman’s investigation of what he calls "Climate Wars," examining the possibility that climate instability catalyzed and ignited the Arab Spring. But as the episode aired, the familiar chants of Egyptian protesters – Bread, Freedom, Social justice - took on a broader meaning. In broad strides, the episode's focus moved from the protests in Tahrir Square and the wheat fields of Russia and Kansas to the campus of Texas Southern University and the hurricane-ravaged community of Far Rockaway, New York. With each setting, I was struck by the perverse inequalities produced as part of our worsening climate crisis; truly, how that crisis is also a crisis of social and economic justice—of environmental justice.

Climate science has long predicted that rising global temperatures would lead to more severe and intense droughts. As this week’s episode explained, global warming is loading the dice—increasing the odds that regions will suffer severe and prolonged droughts and heat waves. Grain shortages caused by severe drought in the American Midwest and deadly heat waves across Russia have caused wheat prices to spike, and produced global shortages of bread. In Egypt, another country afflicted by sustained drought, the population depends on bread for some 30% of caloric intake; food insecurity has contributed to a situation ripe for political instability.

Of course, these problems are not confined to Egypt. So many of the impacts of climate change affect the poorest parts of the globe, and the people least-equipped to adapt to climate impacts. It is an ironic tragedy that wealthy and industrialized nations are those most responsible for the carbon emissions still causing global warming, yet it is the less developed and poorer nations in the global south that face the brunt of the impacts. What special responsibilities do the wealthier nations bear in responding to the global climate crisis?

Click here to view a clip from this episode.

Climate impacts of extreme weather are hitting US shores as well—literally so, in the case of Far Rockaway, New York. In this low-lying seaside community on the margins of New York City, life was already tough enough for many poor residents. But, as correspondent Chris Hayes explains, folks were just making it. Many Far Rockaway families had stitched together just enough of an income to cover expenses and get by, before Hurricane Sandy hit. In a poignant moment of self-reflection, Hayes describes how the storm was worst for the have-nots:

“The storms effects aren’t just a question of science and sealevels; they’re also a matter of wealth and privilege. We often say that the biggest reason to worry about climate change is what it will mean for our kids. When it comes to my own daughter; I know I don’t have to worry as much as some. Because she’s already won the lottery, simply by being born into a family with resources, she’s far better insured against the worst the world has to offer. Many people in Far Rockaway can’t count on good fortune and deep pockets. Sometimes they have to scream out loud just to get anyone to notice that in their neighborhood, the storm isn’t over yet.”

Months after the storm, many residents in Far Rockaway still had no power or heat. Bus service cutbacks were still making it difficult for workers to commute to far-flung jobs. Houses remained unrepaired, even uninhabitable. This is months after the storm. Long after life in the hustle and bustle of Manhattan had returned to normal, only the luckiest residents of Far Rockaway had been able to secure a FEMA-backed hotel room or a subsidized apartment somewhere else in the area. Climate impacts don’t just happen in far-flung corners of the globe. It’s happening here. It’s happening now. It’s all of our responsibility to do something about it.

One group working hard to do just that is the Environmental Defense Fund’s Climate Corps. Each year, EDF enlists recent business school students to spend the summer embedded with major companies across the country to help analyze and solve energy and climate challenges. The Climate Corps program has helped identify innovative savings and solutions equivalent to avoiding annual carbon emissions from 260,000 cars and average savings of $1 million for each participating organization. This is a huge impact and speaks to the opportunities within corporate America to take some responsibility for our own emissions.

Though, as Climate Corps Fellow Jenise Young found out at Texas Southern University, not every path to lower emissions and financial savings is so easy. In Houston, deep in the heart of oil country, Jenise is faced with a campus that keeps the doors to some buildings open while running the air conditioning at full blast and has only one recycling dumpster for the entire campus. Further, the administration at TSU has never even thought about saving money or carbon emissions by looking at their energy use. Even just working on getting folks to think about sustainability, Jenise hits roadblocks. “This isn’t a white school,” she’s told.

The administrator's comment—so complicated to unpack—points out how legacies of institutionalized racism and economic injustice can tangle up the pathways to action on environmental and climate issues. None of us should accept the idea that environmental health and climate security are luxuries for the wealthy and privileged. But a look around the globe shows that there is indeed a terrible correlation between economic security and insulation from harms: from violence, from political instability, from difficult weather. And we live in an unequal society in which personal choices about clean energy—buying an electric car, or installing solar panels on a home—are often more available to the privileged than to others. For all of us, overcoming this reality, and the cynicism that perceives that climate action is for someone else, must include working to overcome histories of economic injustice and racism.

Ultimately, I guess this is a blog post about climate security. Undiminished global warming will continue to increase natural disasters, cause death and cost money, hurting us at home. Food shortages and mass migration will undermine already-volatile countries, causing political instability, hurting us abroad.

There is a path forward, though. We know a lot about what we need to do to solve the climate crisis: advancing bold and principled solutions to limit carbon emissions, clean our transportation fuel mix, end our addictions to coal and oil, and promote clean energy innovation and technology. Strength at home leads to strength abroad.

Wednesday morning, in President Obama’s commencement remarks at West Point, he said, “American influence is always stronger when we lead by example. We cannot exempt ourselves from the rules that apply to everyone else. We can't call on others to make commitments to combat climate change if so many of our political leaders deny that it is taking place…That’s not leadership; that’s retreat.”

We’re not going to retreat. Dian in Far Rockaway, Ahmed in Egypt, and far too many across the globe are dealing with the impacts of climate change every day.

“We shouldn’t have to be going through this. It’s not our fault and there’s no help.”
– Dian Allen

Let’s get to work. 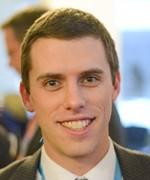 As the Business Partnerships Manager for Climate Solutions, Chris brings program management, communications, and policy support to the organization’s corporate engagement initiatives. In addition to building relationships with the business community, Chris is also responsible for building and maintaining strategic partnerships with other organizations and associations working to move the clean economy forward. Prior to joining Climate Solutions, he worked in a variety of political and government roles for Governor Tim Kaine of Virginia including managing the Governor’s Renew Virginia initiative to support energy efficiency and promote clean energy and sustainability.

Chris received a BA in Political Science from James Madison University in Virginia and a Masters in Public Administration from Seattle University.