2014 is the year for cities to make climate change a top priority. The time is past for aspirational plans. Now the work of choosing and executing strategies that add up to large-scale carbon reduction must begin in earnest. In the Northwest and around the United States, we are seeing early signs that elected officials are responding to this call and starting down the path of hard work.

Local leadership on climate action starts at the top, which is why we at New Energy Cities are so encouraged that King County Executive Dow Constantine has made climate change one of the top two priorities for his second term. In his State of the County remarks on February 10, Constantine acknowledged he was signing up the County for an ambitious agenda but noted that the only choice is to aim for a low-carbon future.

Three days later, thirteen King County cities came together at a summit hosted by Executive Constantine and Mercer Island Mayor Bruce Bassett, to consider a shared carbon reduction work program. Building on the work of the King County—Cities Climate Collaboration, and supported by New Energy Cities, participants heard that 80 percent reduction in carbon emissions by 2050 (“80x2050”) is indeed possible, and learned about options for getting there. We anticipate more action from these forward-looking elected officials soon!

Although few cities have actually begun to make dramatic carbon reductions, the pathways are becoming clear. No better example of that is the work of Innovation Network for Communities (INC) and O-H Community Partners, who co-authored “The Road to 2050: ‘80 by 50’ Strategy Maps for Carbon-Neutral Cities,” offering detailed advice about meeting 80x2050 or carbon neutrality. (Find materials from Innovation Network for Communities here.)

Selecting the most leveraged strategies relies on good analysis, but it does not have to be rocket science. We know that the work must include:

Cities on the move 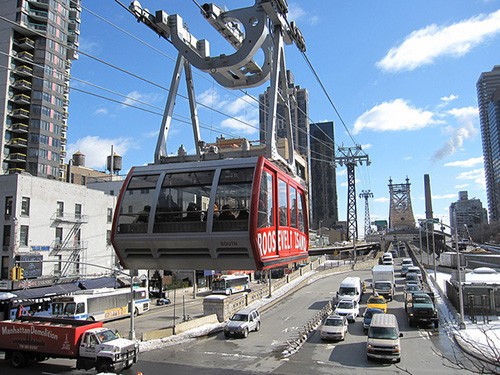 The City of Kirkland, WA and Google co-hosted an advanced transportation symposium earlier this month to explore innovative options for one of the city's high-demand travel corridors. Although no commitments have been made, the City is reportedly considering air gondolas, a mode that has been popular in European cities. Kirkland is among the King County cities that set an 80x2050 community-wide carbon reduction goal.

For the first time, Washington, DC’s Department of General Services published energy and water performance benchmarking data from the District’s largest privately owned commercial and multifamily residential buildings. This information can help building owners, managers, market players, and policymakers identify consumption trends and savings opportunities. A growing number of cities around the country have mandatory energy benchmarking laws for large buildings, but at present only New York City and now DC have publicized their data.