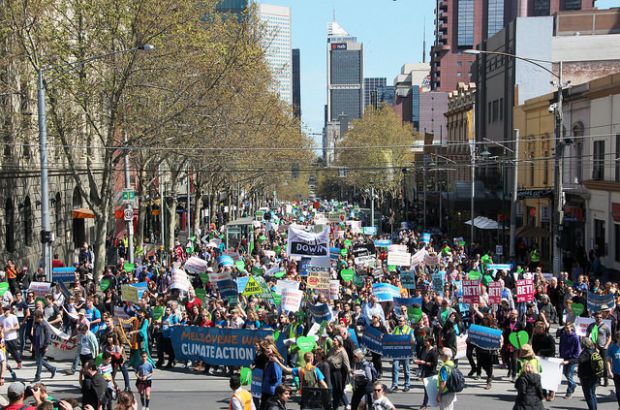 Cities play a unique and critical role in reducing greenhouse gas emissions. Half the world lives in cities and over 80% of Americans do. Cities are responsible for 70% of global carbon emissions. As a result, strategies to reduce urban emissions are essential to solving the climate crisis and cities play a vital role in achieving the carbon reduction targets required to keep the earth at a viable temperature.

Energy Efficiency
Fifteen U.S. cities and one county aim to transform commercial real estate markets by requiring building owners to make their energy use information transparent to the public. As a result of New York City’s law, “building energy use information is playing an increasingly important role in real estate decisions,” according to a U.S. Department of Energy (DOE) evaluation that concluded the program led to 5.7% energy use reduction, 9.9% carbon emissions reduction, and the creation of over 7,000 jobs from 2010 to 2013. The Institute for Market Transformation further found that these policies across the U.S. lead to not only better energy performance and economic benefits, but also occupant health.

Energy upgrades add monetary value, according to a Washington, D.C. study in which high-performance homes had premiums as high as 7.7%, and even more with rooftop solar. Even better news: deep energy efficiency need not be limited to wealthy homeowners, as Habitat for Humanity is proving with its pioneering net-zero energy affordable housing in Wisconsin.

Renewable Energy
In January 2016, Sierra Club challenged 100 U.S. cities to use 100% renewable energy, soon after San Diego became the largest city in the U.S. to commit to that goal. San Diego will clearly benefit from California’s recent continuation of net metering rates—utility payments to residents for generating their own solar—but the city’s primary action will be to adopt community choice aggregation, which allows residents to purchase clean energy from the grid.

How is the electric grid handling increasing amounts of renewable energy? New York is responding with a state directive to turn utilities into “air traffic controllers” of distributed energy resources on the grid, to keep up with emerging technologies—especially renewables—while also serving consumers more effectively.

Meanwhile, city-run Austin Energy is partnering with Seattle-based 1Energy on a project to store solar energy when the sun’s not out, and Eugene, Oregon’s cooperative utility is investing in three microgrid projects connected to solar power that can help the community remain resilient in emergencies.

Transportation
Electrified transportation has a major role to play in this new integrated energy system. Seven of Philadelphia’s transit stations have battery banks that store power from train car braking, and either save that power for trains to use later or sell it to electricity grid operators to regulate overall power flow. The program has saved $40,000 in energy costs per station, and generated $250,000 in annual revenue since its inception in 2012.

The value of electric vehicles (EVs) is not lost on utilities, with San Diego Gas and Electric installing 3,500 new EV charging spots in a pilot, and Spokane, Washington utility Avista marching ahead with plans to install charging stations in 120 single-family homes, 100 workplaces and apartment buildings, and 45 public locations.

Finance
Globally, we need $12.1 trillion in renewable energy investments over the next 25 years to transition to clean energy and stem the worst consequences of climate change, according to Bloomberg New Energy Finance and Ceres; approximately $7 trillion is already in the pipeline. London is one city stepping up to the plate with its own green finance initiative. Green bonds are on the rise worldwide. Refreshingly, in January 2016 Los Angeles Department of Water and Power ratepayers embraced a rate hike, 80% of which will address clean energy and climate change mandates.