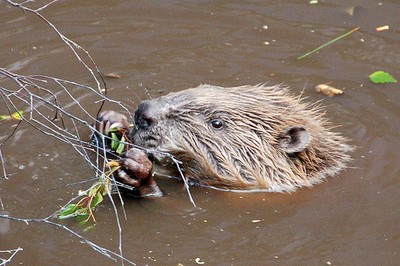 Outside of humans, beavers have more impact on landscapes than virtually any other species. Building dams and changing streams, they well deserve their busy reputation. Now a new study reveals those hardworking animals not only build dams but biocarbon storage as well.

“Beaver dams cause water to breach riverbanks, creating areas of wetland known as beaver meadows, which contain large amounts of sediment and organic material. If the dam breaks the meadows dry out, exposing the material to the air and releasing some of the carbon stored within them.

“Beaver numbers have been declining in the park since the 1940s,” Pope reports. “Wohl says there were once between 60 and 400 million beavers in North America . . . There are now thought to be 6 to 12 million, and the park service is working towards reintroduction.”

Beavers are an important biocarbon ally.  Bring them back!