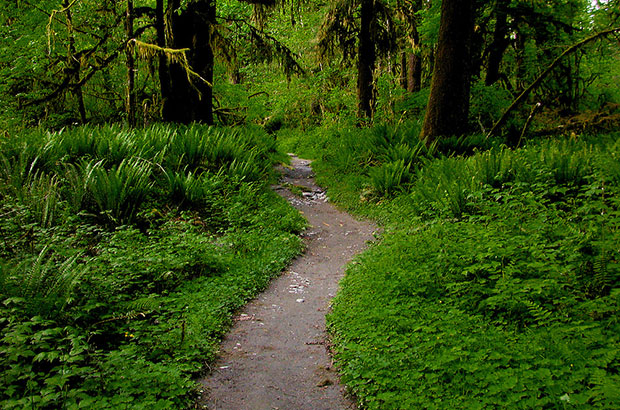 If the Earth’s vegetation were not absorbing tremendous amounts of carbon dioxide from the atmosphere, the climate would be much hotter and have already crossed highly dangerous thresholds.

That is the conclusion of the first modeling study to examine the effect of plant growth on the current climate, released Oct. 15 by the Princeton, NJ-based Geophysical Fluid Dynamics Laboratory.  While a number of studies have looked at the carbon-soaking effects on future climate, “[s]urprisingly no study has completed an analogous assessment for the historic period,” Princeton University researchers noted.

The Princeton study published in the Proceedings of the National Academy of Sciences filled in the gaps with one of the world’s premier climate models, run by the Geophysical Fluid Dynamics Laboratory (GFDL). Titled “Historical warming reduced due to enhanced land carbon uptake,” the study confirms the vital role that plants and soils play in stabilizing the climate. This is also the focus of the Northwest Biocarbon Initiative, a joint effort by Climate Solutions and the land conservation community aimed at improving carbon storage in natural systems.

These effects track to a profoundly important change.  From around 1750, when humans began the mass fossil fuel burning that has added to atmospheric CO2 levels, the land was also a net carbon emitter.  Deforestation, croplands expansion, and other land use changes added an estimated 160 gigatons of carbon (GtC) to the air over that period plus or minus 50 percent, the study says.

But since the 1940s, even as fossil fuel carbon emissions have accelerated, the land has turned into a net carbon sink, soaking more carbon than it releases.  Two factors are at work.  First, the CO2 fertilization effect is kicking in and increasing amounts of CO2 in the air are feeding plant growth.  Second, land use change is decreasing, along with it release of natural carbon stores.

“After the 1940s and 1950s, if you look at the land-use change trajectory, it’s been slowed down in the expansion of agriculture and pastures,” commented lead researcher Elena Shevliakova.  “When you go from extensive agriculture to intensive agriculture you industrialize the production of food, so people now use fertilizers instead of chopping down more forests. A decrease in global deforestation combined with enhanced vegetation growth caused by the rapid increase in carbon dioxide changed the land from a carbon source into a carbon sink.”

If the land had remained a carbon source, it would have generated an additional 65-82 GtC.  Instead, the land soaked in 186-192 GtC.  Put together, that is 251-274 GtC that is held plants and soils rather than floating in the atmosphere capturing solar heat.

While this is encouraging news, the effects of earlier land carbon releases are still with us. Researchers say, “CO2 released from (land use change) in the first part of the 20th century is still contributing to ongoing warming.”

Humanity can accelerate the process of CO2 removal by plants and soils through land management changes in forestry and agriculture advocated by Northwest Biocarbon Initiative.