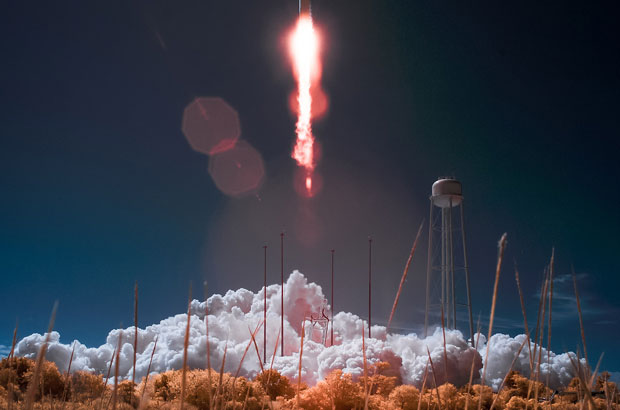 Appoint the former CEO of ExxonMobil to be the nation’s highest-ranking foreign policy official, cutting out the middle man between Petro and State. Put Scott Pruitt at EPA, so there will be no executive check on the renewed ambition of the fossil fuel industry. Buy up a climate-denying Congress to prevent functional dissent from the Legislative branch. And remind them to bring their snowballs to work so they can disprove climate science.

The Trump presidency will prolong the transition from fossil fuels to clean energy. Climate disruption will be more severe, as we decarbonize our economy more slowly. But it’s still going to happen… It’s just a question of how much we lose – people, cities, forests, fish, pretty much everything? – along the way.

Our good friend Angus Duncan explains: “For much of the clean energy and climate agenda, Donald Trump and his gang are too late.”

Following Angus’ lead, President Obama took to the pages of Science (with footnotes and everything!) to elaborate: “[P]utting near-term politics aside, the mounting economic and scientific evidence leave me confident that trends toward a clean-energy economy that have emerged during my presidency will continue. … I believe the trend toward clean energy is irreversible.”

This is the President who, two terms and a lot of grey hair ago, challenged us to end “the tyranny of oil” and “slow the rise of the oceans.” Critics flogged this as exhibit #1 for the “hopey-changey” dossier, because nothing is more dangerous to the ruling oil-garchs than the prospect of escaping fossil fuel dependence. And for a good part of the Obama era, he gave them plenty to work with. By 2012, he seemed to have knuckled under, posing in front of pipeline segments for a speech in which he bragged “We've added enough new oil and gas pipeline to encircle the Earth and then some….We’re drilling all over the place, right now.”

As Obama leaves office, the rise of the oceans is not slowing and the tyrants appear resurgent. T., Rex -- if confirmed -- will be America’s face to the world and our lead climate negotiator. And yet the tyranny itself is showing signs of terminal decline. “King” Coal is still in bankruptcy. (Yes, coal stocks rallied with Trump’s election – from having lost 99.9% of their 2011 value to only 99% now.) President Obama started rejecting pipelines instead of posing in front of them. Electric vehicles are poised to take over vehicle market while the path to 100% carbon-free electricity to run them is clearing; Germany is sunsetting internal combustion engines. And the notion of “unburnable carbon” has gone from obscure scientific journals to Rolling Stone to Davos. With fierce global resistance to further fossil fuel expansion and the growing availability of clean, affordable alternatives, the writing is on the wall for the Fossil Fuel Age. It’s time to start using italics, not quotation marks, for unburnable carbon.

Tillerson, Pruitt, Perry et al will slow us down, pointlessly and painfully. More unnecessary pipelines will be built. Deeper holes will be dug.  Environmental laws will go unenforced. But now that fresh energy is so widely available and affordable, the canned stuff is going to start stacking up on the shelf – in the ground, that is, where it belongs. The fossil fuel empire is running on fumes, flailing to develop more expensive and destructive new supplies, as the world steadily discovers that we can’t and don’t need to burn most of the cheap stuff we’ve already got.

But don’t kick back just yet; it’s not simply going to happen. President Obama attributes the “irreversible momentum” of the clean energy economy to “private sector emission reductions” and “market forces,” at least in part to suggest that the new wrecking crew in DC doesn’t hold all the cards. And it’s true that the clean energy transition is accelerating on its own ample economic merits. But this isn’t just the work of the market’s “invisible hand.”

Clean energy is beginning to win in the marketplace in significant part because we’re choosing it, not just as consumers, but as citizens. We passed renewable energy standards and net metering laws and stronger energy codes and vehicle standards in the states, some of which became federal law.  China and Germany and Denmark have made more aggressive commitments to clean energy transition, bringing down the cost of renewables for all of us. President Obama finally abandoned the senseless “all of the above” energy policy and got serious about reducing fossil fuel dependence and restoring US legitimacy in global climate negotiations.

And not coincidentally, a growing global movement to end the expansion of fossil fuel investment serves as a stake in the ground, clearly marking the only way forward, and blocking the way back. The market is now moving in to the space that people are opening with visible hands: the clever hands of clean energy innovators, the steady hands of state and local governments committed to climate action, the clenched fists of communities and First Nations and a resilient global citizens’ movement for climate justice.

The Fossil Fuel Age’s days are numbered…. but not just any number will do. As much as we’d like to think we’ve launched the transition on its merry and irreversible way, our work just got harder and more important. We don’t have time or energy capital to waste on prolonging the death throes of the fossil fuel industry. The Trump Administration can’t stop this tide, but the clean energy transition is already moving too slow to avoid catastrophic climate disruption.

Dr. King reminds us: The arc of the moral universe bends toward justice… and there’s such a thing as being too late.

But let’s give Bob Marley the last word: “None of them can stop the time.”