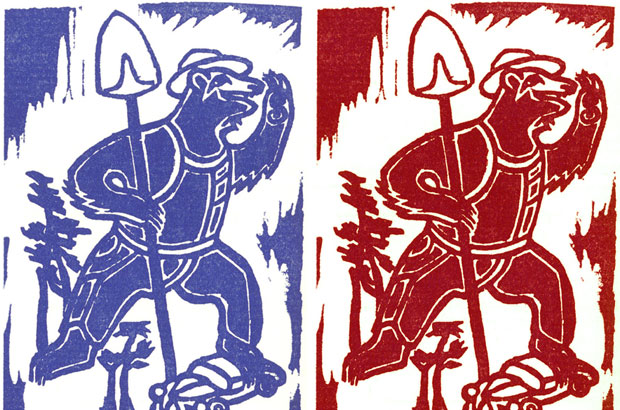 This is not a drill.

We are on fire. The coral reefs are mostly dead or doomed. Arctic ice is melting, forests are incinerating, the ocean is turning to acid. Weather extremes – “the face of climate change” -- are ravaging the globe. People are dying, in roughly inverse relationship to how much they did to cause climate disruption.

And yet the “soothing and baffling expedients” (Churchill’s immortal slam of pre-WWII appeasement) continue. For much of the ruling party of the richest nation ever, the evasion manifests as outright denial of objective reality. For those with some remaining tact or shame, it presents as climate “uncertainty,” a clever form of gaslighting.

Rising Up for climate action

The Global Climate Action Summit in California this September will be a test of our leaders’ will to confront what’s killing us.

New York Times Magazine readers are much too enlightened to settle for simple science denial, or even nuanced “uncertainty.” Yet we too are apparently in the market for a story that relieves us of responsibility for the bold action required to save ourselves now, or so the NYT editors believe. Nathaniel Rich – in his epic and finely crafted wouldacouldashoulda about the chance we missed for climate policy 30 years ago – serves that market primarily with fatalism. He affectionately dismisses any remaining hope for effective action as “irrational optimism” and chalks up the failure to “human nature.” Ah, well, there’s always the Sunday crossword at the end.

Pogo, NYT readers are left to conclude, had the final word in 1971: “We have met the enemy, and he is us.” But we have met the wrong enemy. Repudiating ourselves is a pathetic, guilt-distorted read of the history of (not) climate policy. And if we’re going to save what we still can – some semblance of a decent future on a planet we recognize -- we need to set the record straight. This isn’t about finger-pointing, vindication, or absolving ourselves of responsibility; our lifestyles clearly feed the beast that’s killing us, and we must change them. But we won’t – we can’t do it at the necessary scale and pace – until we clearly identify what’s in our way and remove it. For all the elaborate psychological insights about why we have not yet mobilized to save ourselves, the simple explanation yields the most survival value: the continuing political and economic tyranny of the fossil fuel industry stands squarely athwart the path to climate solutions. Unless we overcome that, we lose…it all. Our individual efforts are futile without collective agency, and the Fossils have cowed and captured the public institutions we need to effectuate that agency.

There’s an obvious, necessary, and immediate next step that goes to the heart of Big Fossil’s economic power: curtailing their ability to expand. We are now abundantly capable of making a rapid transition to a clean energy future, beyond fossil fuels. But we won’t – we won’t even fully believe our own intention to – until we revoke their license to keep dragging us in the other direction.

Let’s treat this like the crisis it is: As everyone who lives in the American west knows, nothing that increases the risk of igniting a wildfire right now is acceptable. No campfires. No barbeques. No chainsaws with hot mufflers that might overheat a pine needle. Even casual use of fire metaphors is in poor taste under the circumstances.

The risks of an overheating planet are much graver than (and causally linked to) the risk of wildfires. But shockingly, our leaders continue to approve major new capital investments that make the problem not just worse but intractable. Even some aspiring climate champions in public life continue to aid and abet this expansion – like Canada’s Prime Minister Justin Trudeau, who has taken an ownership position in the disastrous TransMountain Pipeline, and California Governor Jerry Brown, who continues to approve permits for new oil and gas wells in California.

Putting out fires is a long, arduous business. As we lose lives and communities to these firestorms, anyone who deliberately increases the risk of touching off new blazes would be a malicious criminal.

The clean energy revolution is also a long, tough haul; big economic transitions – even promising ones like this – are never easy or painless. Given how far we have to go and how fast we need to move, how can we condone any new fossil fuel infrastructure investments that set this transition back?

Approving or building new fossil fuel projects as the flames intensify is like putting on a fireworks show in Redding. All our great work to advance solutions will fall short and ring hollow if we don’t name the problem and stop it, directly, now. Solid new analysis suggests that policy measures to reduce fossil fuel supply are a necessary and effective complement to policies that reduce demand. The pall of smoke confirms it is not too early for tough action.

This is a state of emergency. Unless we declare as much and act accordingly, it will consume us and our kids. Especially for those without the privilege of a leisurely Sunday morning with a long, well-written lament about what didn’t happen a quarter century ago, what matters is what we do now.

The Global Climate Action Summit in California this September is a test of our leaders’ will to confront what’s killing us. Its whole purpose is to take global climate action to the next level. It’s a golden (state) opportunity to say simply, “no more fuel on the fire.” No one is suggesting an end to fossil fuel consumption tomorrow – just a simple commitment to move forward, only forward, from here on.

Thanks in no small part to Governor Brown’s leadership, California and other jurisdictions from around the world will showcase climate solutions and the growing momentum of the clean energy transition. They will respond forcefully to the Trump Administration’s denial and obstruction.

But the flames will keep rising higher until they confront the arsonists – the fossil fuel industry that is willfully fanning the fire with new investments in expanding infrastructure – and make them stop.