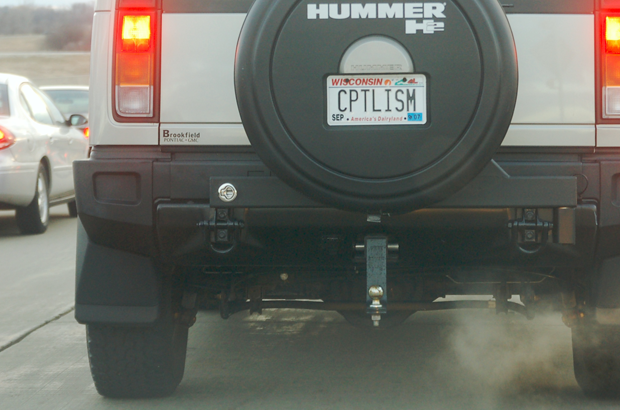 SCOTT FELDSTEIN
EPA won’t be able to roll back auto standards. States and communities won’t have it.
KC Golden
April 9, 2018

If they weren’t laughing at us before, they sure are as hell are now.

How can we wrap our minds around the inanity of the EPA’s effort to roll back federal vehicle emission and fuel economy standards?

When Oregon and Washington adopted California’s Clean Car standards in 2005 and 2006, the average fuel economy of new cars sold in the United States was worse than a Model T Ford. No lie. U.S. standards lagged way, way behind the rest of the world.

The case for cleaner cars with better fuel economy was and remains overwhelmingly strong. They save a ton of money. They significantly reduce climate pollution. They reduce the concentrated, abusive economic and political power of Oil, which remains the primary obstacle to meaningful climate policy.

But the Detroit/Fossil axis had hogtied the EPA and prevented the improvement of the federal standards for decades. Enter the Golden State, which used its unique legal authority under the Clean Air Act to push forward with stronger state standards. Other states had the option of lagging behind with the feds or adopting the superior California standards.

In 2004, California used this authority to regulate global warming pollution for the first time. These new California standards also had the effect of improving fuel economy, since the only way to significantly reduce carbon dioxide pollution from gasoline is to burn less of it. Washington and Oregon were the first states to follow suit, but others soon joined.

By 2008, in part because Japanese and other automakers were building more efficient cars, GM and Chrysler were on the verge of bankruptcy, and President Obama bailed them out. That set the stage for significant improvements to the federal standards in 2010. But it took patient, strong, collaborative state leadership and the collapse of the US auto industry to break Detroit’s stranglehold on federal policy.

Since then, the US auto industry has rebounded. But the administration seems determined to turn back the clock. In response to EPA’s announcement, Maine auto dealer Adam Lee said to the New York Times: “Trump has been saying these standards are crushing the auto industry. But we’ve had record years for the past four or five years,” he said. In a triumph of understated irony, he added “It almost makes you think he doesn’t have the facts.”

In a well-established pattern, the auto industry habitually overstates the prospective cost of complying with proposed safety and environmental regulations, compared to what actually happens when the regulations are adopted and enforced. But there may be no precedent for making these specious claims AFTER they’ve already disproven them in practice.

It was concerted and relentless state action that broke the logjam on vehicle emission standards in the first place, and the states will have to rise to the occasion again now to defend that progress. Not content to take the federal government backwards, embattled EPA Administrator Scott Pruitt is challenging California’s authority to set stronger standards. Pruitt’s right when he says that California’s unique legal authority “doesn’t mean that one state can dictate standards for the rest of the country.” But it does give much of the country a badly needed alternative to auto standards written in Detroit and rubber-stamped in DC.

Remember, we had to essentially purchase the auto industry in 2008 -- socializing the cost of its failure to build competitive, efficient cars – in order to get the federal standards updated. Now, scarcely a decade later, they’ve got a new lapdog in the EPA and seem fully committed to jamming us into reverse.

But I’m taking bets on this: they’re going to fail. The headwinds are too strong – economics, technology, the climate imperative, and the determination and staying power of the states that won this progress in the first place.

Like everything else, it’s on the states and cities now. And they’re not going to let anyone reverse this hard-won victory.

The EPA’s chances of taking us back toward the Model T are about as good your prospects for finding a “market rate” room close to the White House for $50 a night.