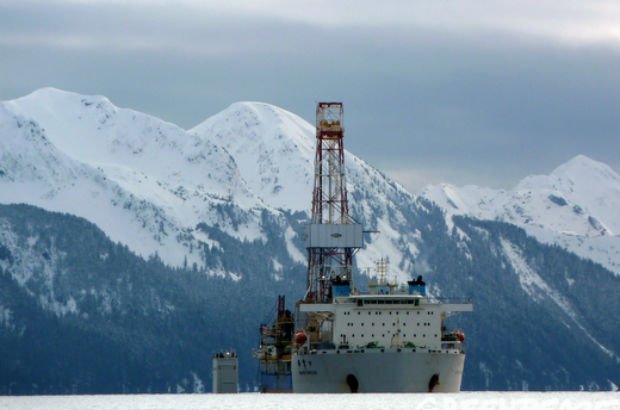 GREENPEACE
Shell and high water: Will Seattle take a stand… or a cut of the Arctic drilling action?
KC Golden
February 19, 2015

Not long ago, Seattle’s business, environmental, labor, education, and multicultural leaders, led by the Chamber of Commerce, crafted a “Shared Regional Vision of Sustainable Prosperity”. The Port embraced this vision, branding itself the Green Gateway, and celebrating its “commitment to be a model of sustainable growth, to seek the greatest environmental benefit from our efforts, to see our sustainable practices as a competitive advantage…”

It’s not just green fluff. The community and the Port are working hard to deliver on these commitments, and prospering because of them. 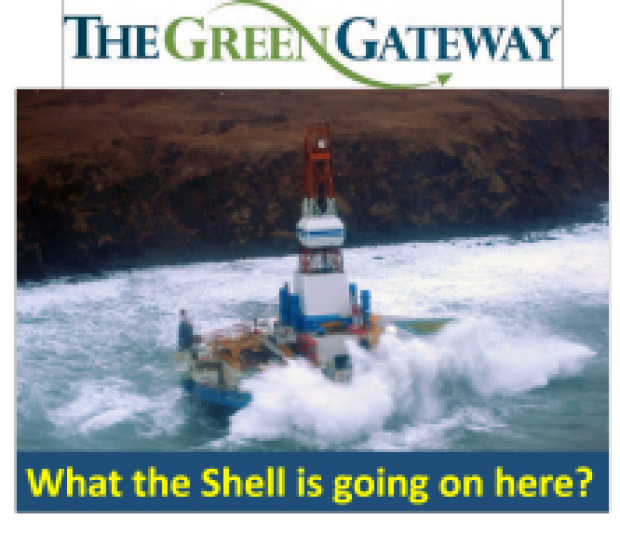 So why, all of a sudden, are we rolling out the green carpet for an Arctic oil drilling fleet?! What the Shell?

You’d think the Emerald City would be the last to bite when Big Oil offers a cut of the deal on a dangerous, climate-destroying Arctic drilling scheme. But the Port swallowed it hook, line, and drilling rig. Port CEO Ted Fick signed a lease last week that would make Seattle the staging area for the most reckless, extreme oil drilling adventure ever.

But, but….what about the likelihood of devastating impacts on the very Arctic ecosystems that President Obama just protected? Not our problem, said Port CEO Ted Fick in his letter rebuffing citizen groups who called for environmental review; such matters “are outside the Port’s authority.” What about the climate chaos that would be unleashed if we don’t leave Arctic oil in the ground, unburned? How does this jibe with Seattle’s commitment to a science-based carbon budget and an ambitious clean energy agenda? Rest assured, says Fick, “The Port remains committed to full compliance with all applicable environmental regulations.” Climate? Not “applicable,” apparently.  It’s a global thing; let the global people deal with it, right?

Is narrow legalistic compliance with “applicable environmental regulations” all we can expect from the Green Gateway?   Is this “shared vision” that’s so central to our culture, our identity, and our economic strategy so easily expendable? When Big Oil throws a few bucks our way, do we just fold?  “Port of Seattle:  Where a Sustainable World is Headed”?  Kidding!  We’re into Arctic drilling now.

We stand with our friends in labor to deliver on the promise of sustainable, broadly shared prosperity. We actively support worker protections, good jobs, greater equity, and a just, gradual transition to a healthy clean energy future. We work closely with Seattle businesses to build a successful clean energy economy. And we’re moving in the right direction, toward our shared vision. So now – before we pull a 180, and before Big Oil gets its hooks any deeper into our community – is the time to ask ourselves: Is this the right thing to do? Is it good for working families, the community, our economy, our kids? Will we let Shell bully us into thinking this is the best we can do?

All five Port Commissioners say they are against Arctic drilling, as well they should be. A new study in Nature makes it clear that there is no decent, livable future (let alone a healthy Arctic) in a world where we use Arctic oil. But a majority of the Commission declined to step in and review the staff’s decision to ink the deal. Several were heard to suggest that the lease would have no effect on the prospects for Arctic drilling. They assumed that if Seattle doesn’t capitulate to this, someone will, so there’s no point in trying to stop it here.

We are not responsible. It’s beyond our authority. There’s nothing we can do. It’s a staff decision. We all need oil, right? Someone else will do it if we don’t. Resistance is futile. Such is the fatalism that keeps us locked in to civilization-threatening-fossil-fuel-dependence-as-usual. 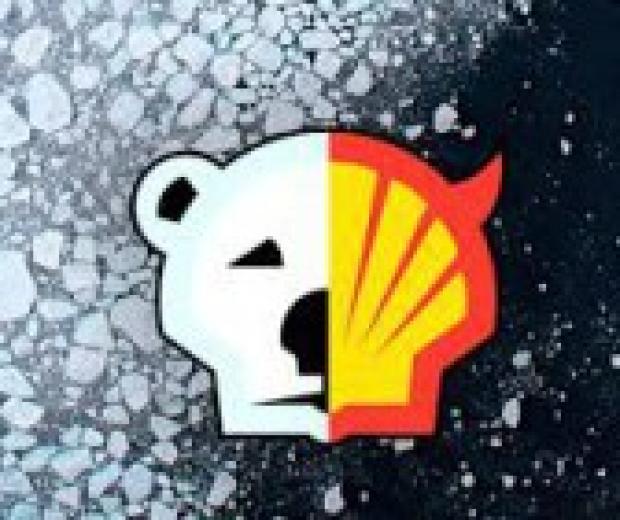 This is precisely Big Oil’s game.   No one would consciously choose the dystopian future we’ll get if we burn all the oil, melt all the ice, and then drill for more where the ice used to be. So their only hope of keeping their grip on our economy is to convince us that we have no choice. And for now, the Port Commissioners seem to have accepted that verdict. Never mind that in the world where we burn Arctic oil, the Port – and coastal cities everywhere – sink under rising, acidified oceans.

You can understand the Port’s reluctance to grapple with climate impacts. We canall relate to the sense that this issue is above our pay grade.   But look: it’s late now, climate-wise. Instead of capitulating, what do you say we find out just how powerless we really are?

We all know this lease decision is not the most effective forum for dealing with climate disruption.  In a rational world – a world free of Big Oil’s stranglehold on our politics – we’d have a strong global climate treaty and a functional US Congress and carbon limits and prices and no one would be talking about drilling in the Arctic. We are fighting for those things and we’d welcome the Port Commissioners’ help.

But the Port doesn’t get to make national climate policy. Their call, right now, is whether we make a NEW commitment, in THIS community, to materially aid and abet an immense human catastrophe. They will decide whether we become financially aligned with the unbridled greed and power that keeps drill-baby-drilling us into a climate crisis. And Seattle will wear that decision on its face – our waterfront.

The Port gets to say yes or no to that.  That’s it. So far, the CEO has said: We’re in. And the Commission majority (over the objection of Commissioners Gregoire and Albro) have said: Sucks, but what can you do?

Where do we draw the line? We can no longer dither abstractly about this question. The only sane, responsible, practical answer under the circumstances is:  Right here, in a community that believes in its values, a community that succeeds bydelivering on its “shared vision of sustainable prosperity.” Right here, in front of a plan that has “this is how the world ends” written all over it.

When do we draw the line?  Again, let’s be specific:  Now, for heaven’s sake, before it’s too late.

Would it make any difference? Well… think of what might happen if this community, represented by our elected Port Commissioners, simply said what we know is true and right:

“This is catastrophically wrong. We will have no part of it.”

It would ring like a bell. It would reverberate in the ears of Interior Secretary Jewell, a Seattleite who will decide on future Arctic drilling leases. It would be heard in Paris, where fateful climate negotiations in December might be buoyed by the sense that Americans are finally standing up to Big Oil and getting serious about climate commitments. It would give every other effort to protect the climate and the Arctic a shot in the arm, a reason to hope.  And it might just put the kibosh on Arctic drilling, an extremely shaky business proposition that other oil companies have already abandoned.

And wouldn’t it be worth it no matter what, as a sign of intergenerational good faith?  Our kids will be relieved to hear us say it.

A version of this article was originally posted at Crosscut.