Aiming higher: the EPA's Clean Power Plan and the Northwest

Climate Solutions submitted the below comments to the Environmental Protection Agency, praising the agency's draft Clean Power Plan, while calling for officials to strengthen the plan's emission reduction targets, and to emphasize that aggressive targets are achievable—as we have demonstrated in the Northwest. For footnotes see the PDF version.

Climate Solutions is pleased to provide these comments on the Environmental Protection Agency’s (EPA) Clean Power Plan.  We strongly support the Clean Power Plan and urge EPA to finalize these power plant rules by June 1, 2015.   We further believe that the rules should be strengthened, with more robust emission reduction targets by 2020 and 2030.  Additional near term reductions are essential given scientific predictions of what is needed for climate stabilization.

Climate Solutions is a regional nonprofit organization whose mission is to accelerate practical solutions to global warming.  Since 1998, we’ve pioneered the vision and cultivated political leadership in the Pacific Northwest for the proposition that clean energy and broadly shared economic prosperity can go hand-in-hand.

In the countless meetings, conferences, forums, webinars, discussions and conference calls spawned by these proposed rules, one thing appears to often get lost in the debate.  That is, that this proposal came about due to the overwhelming scientific evidence of global warming and the urgent need for action.  These rules truly represent the beginning of the end of unlimited carbon dumping into our air.  We agree with President Obama when he said in 2013:

There are no national limits to the amount of carbon pollution that existing [power] plants can pump into the air we breathe. None. We limit the amount of toxic chemicals like mercury, sulfur, and arsenic that power plants put in our air and water.  But they can dump unlimited amounts of carbon pollution into the air.  It’s not smart, it’s not safe, and it doesn’t make sense.

We support policies that do make sense for the Pacific Northwest and these rules are timely in helping to continue to unplug our region from continued reliance on coal fired power plants.

The other message that appears to often be buried in both our regional and the national discussion over the proposed rules is that these targets are achievable. We believe it is essential to stress that our states are well positioned to reach and exceed these targets.  We can, because we’ve proven we can.

The Pacific Northwest has a vibrant, strong, innovative, and productive economy that relies heavily on the renewable energy investments made here in the first half of the 20th century.  Our electric system is among the cheapest and lowest-carbon anywhere because of those investments.  Over the past thirty plus years, pursuant to the Northwest Power Planning Act, the region has prioritized energy efficiency investments and renewable generation, at the same time as squeezing more work out of existing power supplies.  The results speak for themselves:  a power system that is the envy of the nation, a proof-point for the urgently necessary transition to a clean energy economy. Combine that history of investments in clean energy, with strong state policies supporting continued investments in renewable energy and energy efficiency, along with decisions made in both Oregon and Washington to close our only in-state coal plants within the next 5-10 years.

This legacy is a license to lead, not an excuse to dither.  It demonstrates that a successful transition from fossil fuels to clean energy is possible and economically attractive.  But the other thing we’ve learned in the last 30 years – as underscored by the most recent Intergovernmental Panel on Climate Change report – is that we must now accelerate and complete that transition.   The science and the physical reality of climate disruption are bearing down on us with a non-negotiable imperative for rapid decarbonization.  Our successful steps in this direction give us every confidence that this transition is as possible as it is necessary.   We welcome the higher bar that EPA has set for Oregon and Washington, in recognition of our unique circumstances and our proven track-record in clean energy.

Continued unmitigated carbon pollution and climate change will result in significant alterations to ur region’s climate and ecosystems. The most clear and present of these damages is ocean acidification, as carbon dioxide dissolves in water off our coasts. Ocean acidification is already causing harm to the shellfish industry in both Oregon and Washington as oyster larvae struggle to form shells. Increasing pollution will exacerbate problems for the oyster growers and damage the whole fishing industry. While the ocean acidifies, it will also rise. Nearly two thirds of Washington’s population resides in coastal counties, significant infrastructure will be needed to protect these communities. On land, changing rain patterns and reduced snowpack will reduce water availability to our hydropower system and agricultural sector. Higher temperatures and inconsistent rain intensify wildfire risk. The 2014 fire season was the most destructive in Washington state history. State and federal agencies spent more than $446 million fighting flames across the region. Reduced rainfall and hotter days form higher levels of ground level ozone (smog) that puts vulnerable citizens at risk from asthma attacks and respiratory disease. By disrupting our oceans, forests, mountains, farmlands, and cities — the climate conditions and ecosystems that make our states unique — climate change is a threat to our culture and economy, unless we take action.

The electricity sector is a significant contributor to emissions in our states.  In Oregon, still over one third of energy generation is derived from coal power plants; Washington State gets 13% of its power from coal (with natural gas used for about 11% of generation in each state).  State leaders have made clear that they intend for that amount to be reduced.  In Washington, Governor Jay Inslee has requested the Northwest Power and Conservation Council to provide a regional power plan that lays out “a clear and date-certain path” to an electricity system that is 100 percent carbon-free and renewable.  In Oregon, the Public Utility Commission has sent a clear signal to our utilities, that it will closely scrutinize continued investments in aging coal plants without robust analysis that they were the least cost solution. The Clean Power Plan could be an important factor in our efforts to continue to reduce reliance on coal and reach our state goals.  But the targets must be robust enough to do more than reshuffle the deck chairs of our regional energy system.

We believe one of the best ways to ensure the efficacy of the rules in the Northwest is through multi-state compliance options. The final rules should be clear as to the variety of permissible multi-state compliance options, including bilateral agreements between states.  The nature of our electricity system – with the majority of the coal generation in the intermountain states, serving population loads in Oregon and Washington – makes agreement among states a likely cost-effective option for meeting the targets.  Climate Solutions has submit separate comments, along with other regional organizations, that address this issue in greater detail.

We strongly support EPA’s proposed “best system of emission reduction” which sets state targets by looking at real-world potential to reduce carbon pollution.  Conventional energy analysis is notorious for looking backward and underestimating both existing potential and the power of innovation.  Now it’s time to look forward, using this best system of emission reduction and stepping up to what we really can do.

EPA’s analysis should fully account for the range of emission reduction options across the electric system and all resource types, using the most updated cost and performance information for renewable energy.  We believe the proposed rules underestimate the amount of renewable energy that can be deployed at reasonable cost.  We support the comments from Renewable Northwest on their recommended revisions to the cost and technical potential of renewable energy most relevant to the Pacific Northwest.

As already noted, the Northwest has a long history of energy efficiency success and we fully support the inclusion of energy efficiency as a cost effective compliance tool.  However, we think the level of efficiency estimates in the proposal – 1.5% annual savings -- underestimates what can be achieved.  EPA excluded a number of important additional opportunities such as building codes, transmission and distribution, voltage optimization, and combined heat and power.  EPA should include all available energy efficiency opportunities in its final analysis, and increase the targeted annual savings to at least 2% of retail sales.

We also support remedying the issue raised by the State of Oregon (and others) as to allowing states to credit the full value of energy efficiency investments undertaken within the state.  We support using the compliance approach provided in the State Plan Considerations Technical Support Document where the state that implements the measure may claim the resulting emissions reductions.

In conclusion, we believe the Clean Power Plan’s 2020 and 2030 emissions outcomes must be strengthened, in line with the scientific requirements for climate stabilization.  Again, this higher level of ambition is grounded in both necessity and experience. Thank you for the opportunity to comment on these historic rules. 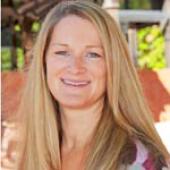