This is the week of sleepy (read: grumpy) kids in my house, due to the return of daylight savings time. But even a household disrupted doesn’t squelch my love of the lost hour. It’s the signal of longer, warmer – sunnier! – days to come, the most hopeful time of the year for me. A time to look forward. We’re doing a lot of that around Climate Solutions these days.

But first, a look back at the short 2014 Oregon legislature, which adjourned on Friday, March 7: Clean Fuels in Oregon

On February 13th, Governor Kitzhaber announced his direction to Oregon’s Department of Environmental Quality to move forward with Phase 2 of the Clean Fuels program, which will reduce the carbon content of transportation fuels by 10% over 10 years.

The Governor did not mince words: “Right now there is a monopoly, a fossil fuel monopoly that is freezing out Oregon companies, Oregon producers, Oregon agriculture and Oregon jobs... We have the opportunity to spark a homegrown clean fuels industry right here in Oregon – an industry with a big impact in communities urban and rural alike." Here's a video of his press conference:

Unfortunately, the legislature did not act to pass SB 1570, a bill that would have lifted the 2015 sunset of the Clean Fuels program. Oregonians now spend more than $7 billion importing gas and diesel from out of state – money we can keep in the local economy through homegrown fuel alternatives that the Clean Fuels Program will foster. The Big Oil money that does come back to our state takes the form of aggressive lobbying in Salem to beat back our efforts, and their spending has doubled in the last four years. With your continued support and action, we can move forward on cleaner fuels and a healthier future for Oregon.

Add your business or organization to the 100+ in support of clean fuels in Oregon. 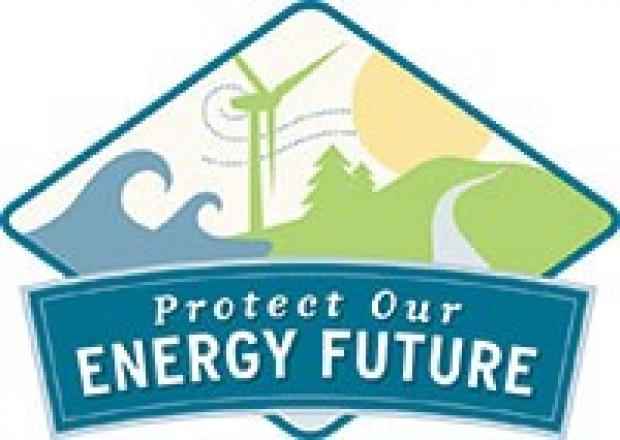 Climate Solutions is a proud supporter of Protect Our Energy Future – a growing coalition of small businesses, nonprofit organizations, and community leaders committed to clean energy through a strong Renewable Portfolio Standard (RPS) in Oregon. The legislature’s vote was unanimous in passing HB 4126, a bill that modifies the RPS, allowing more flexibility for compliance by some smaller utilities, while also providing a new avenue for clean energy development – known as a “green tariff” – for Oregon’s largest utilities. We remain united and hopeful that this legislation can stave off a very destructive potential ballot measure that would gut the RPS and freeze renewable energy development in Oregon. Stay tuned as this issue moves forward.

Over 500 people rallied in Portland last Saturday, March 8, to support youth voices calling on Governor Kitzhaber to deny all coal export permits on the Columbia River. Here's the video from Columbia Riverkeeper:

The next few weeks are a crucial time in determining if Oregon will export coal.  Governor Kitzhaber and his agencies are making decisions now whether or not to let coal companies start building a coal export terminal on the Columbia River.  Already three permits have been granted.  Let’s not make it four.

Business owner? Add your company today to the growing list of businesses that want to power past coal

Climate Solutions has joined the coalition of community groups opposed to the Portland Water District Initiative slated for the May 20 ballot. The initiative, backed by a few large industrial water users, would transfer control of Portland’s Bureau of Environmental Services and Water Bureau from the City Council to a newly created board, prohibit people with relevant experience from serving on the board, and do nothing to lower water and sewer rates. A significant concern is the initiative’s potential to impact Portland’s innovative stormwater programs, which have important climate benefits, save money compared to traditional pipe projects, and provide many other public services.

News from our Strategic Innovations programs

New Energy Cities (NEC): The work of choosing and executing strategies that add up to large-scale carbon reduction must begin in earnest. In the Northwest and around the United States, we are seeing early signs that elected officials in cities are responding to the call for large-scale carbon reduction and starting down the path of hard work. Check out the update from NEC's Project Manager, Elizabeth Willmott.

Northwest Biocarbon Initiative (NBI): Everywhere we turn, we see innovation in the biocarbon realm. New research shows our forests and coastal wetlands storing more carbon than we thought, and that rebuilding carbon-rich soils will also increase food and water security in a changing climate. Check out all of this good news and more from Jenna Garmon, NBI's Program Coordinator.

Sustainable Advanced Fuels (SAF): Clark Gilman, our SAF program Coordinator, recently received a phone call from Erik Lindbergh, grandson of pioneering aviators Charles and Anne Morrow Lindbergh, which led to a fascinating conversation about energy and climate change, and innovation in aviation. Also, in a potentially game-changing move, Boeing wants to increase the use of sustainable biodiesel as an ingredient in jet fuel. 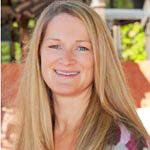