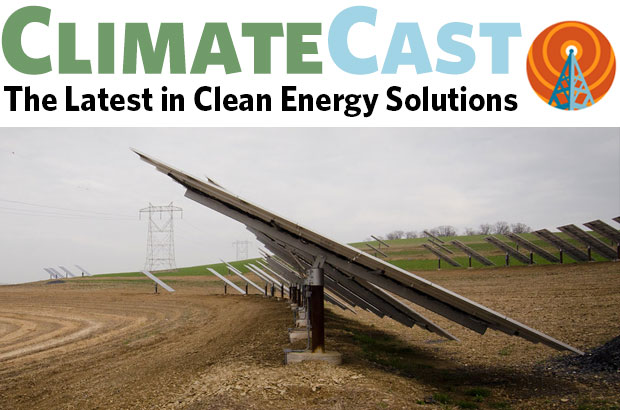 One day after the 2019 Oregon legislative session ended without the passage of HB 2020 (a Cap and Invest bill that would have limited and priced carbon pollution in the state) Governor Brown held a news conference and stated: “I am not backing down.” She pledged “to use every single executive tool we have” to pass climate policy. Some climate advocates were thus surprised to hear that Governor Brown would be calling a special session on criminal justice reform -- and only on criminal justice reform. While Governor Brown’s administration has held meetings across the state this summer to refine the Cap and Invest policy, the environmental community was dismayed to see that the upcoming special session would not include work on the policy, and called on her to keep her promise to prioritize climate action.

The future (and the present) are electric

Seattle continues to gear up in its efforts to electrify transportation. The City’s office of sustainability is working to install more public fast charging stations, increase the number of private charging stations in business districts and high traffic areas, and increase wiring for EV charging in parking areas. In Oregon, Jackson County has been named among the top 10 counties in the state for EV registrations. Ashland holds 76 percent of the County’s total EV registrations alone. In Great Britain, electric vehicle charging stations now outnumber gas stations. There are nearly 1,000 more EV charging stations than gas stations throughout the country. In Denmark, the world’s largest all electric ferry recently “set sail.” The e-ferry can hold 30 vehicles and 200 passengers. The EU-supported project plans to roll out at least 100 more e-ferries by 2030.

The Democratic National Committee may have decided not to hold a presidential debate on the climate crisis, but candidates will soon get a chance to propose their solutions to the American people. Today, CNN is hosting back-to-back town climate halls with candidates in an unprecedented, prime time TV event. Some candidates have already released their climate action plans; Bernie Sanders hopes to enact a ten-year, nationwide plan that would create 20 million family-wage jobs, phase out fossil fuel use by 2050, provide funds to help developing countries curb emissions, and spearhead clean energy projects across the country. Elizabeth Warren’s climate plan, though not yet as detailed as Sanders’, calls for spending $400 billion over the next ten years on nationwide clean energy development. While Jay Inslee recently ended his candidacy, he did leave one final policy proposal that may prove helpful to other candidates. His plan for rural prosperity aims to pay rural communities for carbon sequestration, while allocating funds to help rural communities transition to clean energy. This plan is only part of the former candidate’s comprehensive, 200-page climate platform. A complete list of candidates’ climate proposals can be found here. As 16-year-old climate activist Greta Thunberg arrived in New York City last week on a solar-powered yacht, there were indications of widespread pressure to make climate action a top political issue.

When we think of clean energy, most of us conjure mental images of solar panels and wind farms. But there are other innovative forms of clean energy that are also coming to fruition. After a decade of planning, a new biogas plant in North Fork, California is preparing to break ground. The 5,000 square-foot facility will create at least 12 new local jobs and operate around the clock, converting dead trees into electricity. The plant’s gasification process “bakes” rather than “burns” dead trees, limiting air pollution and producing a solid carbon by-product that farmers can use as a soil additive. In Colorado, a local electricity cooperative announced it could reach its 70 percent decarbonization goal next year -- a decade ahead of its 2030 target. The cooperative delivers electricity to several major local ski areas, including Aspen and Vail. And a new report shows that US solar generation is up this year from 2018. As clean energy use increases, coal continues to flounder. A Washington state appeals court ruled against a company that wants to build the largest coal export terminal in the country on the Columbia River, a move that could be a fatal blow to the project. In Arizona, the last trainload of coal from the Kayenta Mine rolled into the Navajo Generating Station, marking the closure of the mine and the imminent closure of the plant it supplied. As some of the country’s heaviest emitters continue to close up shop, the coal industry now appears to be dying even faster than expected.

As part of his ongoing quest to weaken environmental protections, President Trump is now working to exempt Alaska’s 16.7-million-acre Tongass National Forest from restrictions imposed nearly 20 years ago. The move would open the world’s largest intact temperate rainforest to potential logging, energy and mining projects. The administration is also attempting to loosen federal rules on methane emissions, allowing oil and gas operators to monitor themselves without oversight from the EPA. And as Arctic ice continues to recede, rather than a global climate crisis, the administration sees new economic opportunity through the opening of new shipping lanes and oil, natural gas and rare earth minerals than can be accessed. The administration also announced major changes to the Endangered Species Act. Starting this month, government agencies will not be able to factor in the effects of climate change when deciding whether to list a species as threatened or endangered. Eight environmental organizations filed a lawsuit against the changes. Finally, as the Trump administration works to expedite fossil fuel projects, it is also being accused of delaying clean energy proposals. What is planned to be the country’s largest offshore wind project has now been stalled indefinitely by the Bureau of Ocean Energy Management, citing the need for expanding review of the project’s environmental impacts. The wind farm, to be located near Martha’s Vineyard would generate enough electricity to power 400,000 homes.

The earth’s lungs are on fire

The Amazon basin is on fire, and it’s a local crisis with global implications. The number of fire outbreaks this year has reached more than 74,000, up 84 percent from the same period last year. The Amazon is often referred to as “the lungs of our planet” because it alone produces 20 percent of the oxygen we breathe. While Brazilian President Bolsonaro has incredibly claimed that the fires are being staged to make him look bad, reports indicate that fires are being set by farmers clearing land for cattle farming and soy production. Environmental protections have been severely weakened under President Bolsonaro, who encouraged farmers to clear forest near indigenous lands for farming. While the government did ban deliberate Amazon burning in recent days, almost 4,000 new fires were started in the 48 hours following the ban. Scientists say the Amazon is nearing a tipping point wherein large portions of the rainforest could transform into a drier ecosystem, accelerating global climate change. G7 leaders gathered recently to discuss how to deal with Amazon fires; Trump was noticeably absent from the meeting.