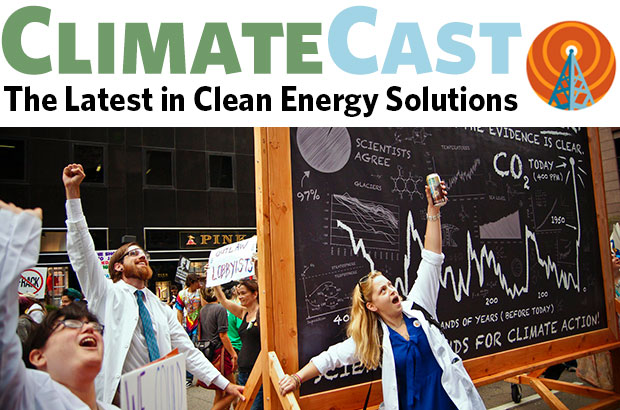 One day after Trump moves to pull U.S. out of Paris Climate Accord, more than 11,000 scientists declare climate emergency

President Trump has announced that the U.S. will begin the year-long process of formally exiting the Paris Climate Accord, making the U.S. the only country in the world to do so; every other nation on the planet has signed on to the agreement. Dropping the ball on climate action poses innumerable risks to the United States—to our economy, to national security, and much more. The administration’s announcement makes the need for local climate leadership all the more urgent; if the federal government fails to take action, local states and jurisdictions must be there to hold the reins. The U.S. withdrawal from the agreement is now set to take place one day after the Nov. 2020 presidential election, and is thus another factor that raises the stakes for the upcoming presidential election. One day after Trump made the announcement, a group of more than 11,000 scientists from across the globe published a new study warning of a “climate emergency.” The study details humanity’s role in causing climate change, as well as our failure over the last four decades to address those causes. The announcement marks the first time scientists have formally come out in favor of labeling climate change as an emergency.

Wind energy is where it’s at

A new study of the world’s coastlines has found that offshore windfarms alone could provide more electricity than the world needs. This news, combined with BloombergNEF’s most recent report showing that offshore wind prices dropped 32 percent last year, will hopefully serve as an incentive for more jurisdictions to embrace the clean technology. U.S. wind energy use has already surpassed 100 gigawatts, making the U.S. the second country in the world (after China) to achieve 100 gigawatts of operational wind capacity. It has taken America 35 years to reach this milestone, analysts project the next 100 gigawatts could come online within the next decade.

Apple, eBay, Samsung, and Sprint recently announced a joint agreement to buy power from a new wind farm, allowing them to collectively support more large-scale renewable energy projects being added to the grid. Finally, while fossil fuel extraction typically comes with environmentally devastating externalities, at least one wind project is showing unanticipated positive side effects: fishermen in Rhode Island are reporting better fishing thanks to the Block Island Wind Farm. The offshore project is acting as an artificial reef, creating an environment for fish to thrive.

Scientists previously reported that 80 million people living in low-lying countries will experience annual flooding by 2050 as the world continues to warm. That number was scary enough, but it turns out the figure was too low. Researchers developed a more accurate way to calculate land elevation based on satellite readings, allowing them to better estimate the effects of sea level rise over large areas. They discovered that some 300 million people in low-lying countries are threatened by flooding. Under a “worst case” scenario in which warming continues unabated, that number climbs to 500 million people by 2050. Sea level rise is already causing problems across the globe. Officials with NOAA report that flooding is becoming a bigger problem for Atlantic Coast communities, who have experienced increased “nuisance flooding” this fall. Such flooding disrupts daily life, threatens communities, and damages infrastructure. From Maine to Florida, unusually high tides are pushing seawater into low-lying areas and disrupting daily life for thousands.

The Keystone Pipeline has leaked 383,000 gallons of crude oil in North Dakota, contaminating a local wetland. This spill is not the pipeline’s first leak; in 2017 more than 407,000 gallons leaked, and 16,000 gallons leaked in 2011 and again in 2016. In Louisiana, citizens are fighting back against a raft of new petrochemical facilities slated to be built along the Mississippi River corridor. Many of the new plants are being built in or near communities that already have some of the most dangerous air in America, illustrating yet another terrifying way the petroleum industry continues to harm people’s health. The Trump administration is also making it even easier for Big Oil to continue doing harm, moving to weaken rules that had helped limit seepage of coal ash into local waterways. The proposed change not only threatens drinking water, but makes it easier for coal plants stay open longer and emit more greenhouse gases. The Trump administration is also planning to auction off over four million acres of land in Arctic Alaska for oil development, while putting the finishing touches on a related plan to overturn Obama-era protections that put half of the 23 million-acre Arctic reserve off limits to oil development. In Texas, Chevron has filed for drilling permits to create 21 new wells.

Last year, the California utility PG&E took criticism for neglecting infrastructure safety upgrades and thus contributing to the year’s devastating wildfires. PG&E continues to be plagued by reports of mismanagement both of area wildfires and for the planned power outages meant to prevent them. When a reporter asked PG&E CEO Bill Johnson what he would tell the low-income families who lost refrigerators full of food due to the power outages, Johnson implied that they should just be grateful since PG&E didn’t “burn down any houses.” The utility’s most recent ethics filing found that the company spent over $2 million to lobby policymakers in  hopes of avoiding billions of dollars in liability for the fires. Some local lawmakers are now urging the California Public Utilities Commission to take over the utility. Energy writer David Roberts took a look at ways how the utility can be restructured to better serve California communities, whose challenges in the face of climate change will only get worse in the foreseeable future.

In brief: The unfortunate passage of I-976

In Washington State’s recent election, voters appear to be approving the controversial Initiative 976, an anti-tax measure which will cause dramatic cuts to public transit projects, road mainteance and upgrades across the state. The ballot result threatens transit developments which will be key to mitigating carbon emissions and fighting climate change; both the City of Seattle and King County have announced plans to challenge the initiative in court. Not all public transportation projects are at risk of stalling, of course—in fact some are building speed. The  Washington State Ferry system is in the early phases of transitioning its fleet from diesel to electric power, starting by converting three of its largest ferries on Puget Sound runs.