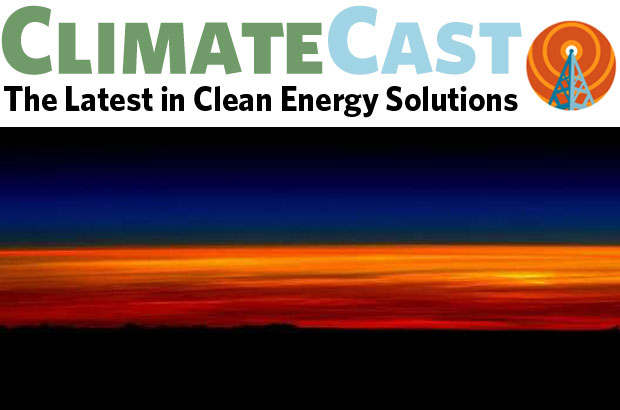 Electric trucks are from the future...and the future has arrived

A previously idled General Motors assembly plant will soon accelerate again with new production and new local jobs—and it’s going electric. Lordstown Motors recently purchased a 6.2 million square-foot auto assembly facility from GM with plans to manufacture its Endurance Electric Pickup. The new Endurance model is a lightweight, all-wheel-drive vehicle designed for fleets. GM also plans to launch its own version of an all electric truck in 2021. Tesla has already received more than 200,000 pre-orders for its new Cybertruck, a futuristic-looking all electric truck with a towing capacity of more than 7,500 tons and a 250 mile range per charge. Click here for a list of every electric pickup truck currently on the horizon. Ford, manufacturer of the first pickup truck in America, has yet to produce its own EV pickup, but they’re still making history. The carmaker recently unveiled its take on an all electric SUV, the Mustang Mach-E. It’s one of the first all electric SUVs to hit the market.

Tribal Nations lead the charge toward a clean energy future

Tribal nations are among those leading in the nationwide transition to a clean energy economy. Utility-scale solar installations on tribal lands are increasing in the Southwest U.S. thanks to new battery-storage technology, advances in state energy policy, and the continued decline in the cost of solar power. Northwest tribes are also at the forefront of enacting climate solutions, from developing detailed climate adaptation plans, to building large-scale solar arrays on tribal lands, advocating for climate policy, and much more. At Climate Solutions’ annual dinner last week, Don Sampson, Climate Change Project Director for the Affiliated Tribes of Northwest Indians and hereditary chief of the Walla Walla, spoke about how the consortium of 57 regional tribes, and other tribal governments, are responding to the climate crisis. Native communities are enhancing cultural, economic, and ecological resilience in ways that directly address impacts of climate change. Examples include the Umatilla Tribe’s installation of solar carports and a 50 kilowatt wind turbine that reduce energy consumption by 75% and saved of hundreds of thousands of dollars in annual energy costs. In California, The Blue Lake Rancheria Tribe’s climate action plan has spurred energy efficiency upgrades, on-site solar microgrids, and efforts to transition to green transportation. You can view Don Sampson's recent talk here.

At a recent forum on financial risk, stakeholders from across the globe discussed the economics of climate change and risks to the global financial system. The Federal Reserve Bank of New York stated that the U.S. economy has experienced more than $500 billion in direct losses over the last five years due to climate and weather-related events. New research from the Federal Reserve Bank of San Francisco found that, without enacting policy to address climate change, climate change could make 30-year home mortgages “effectively unobtainable in entire regions across parts of the U.S.” The recent forum is considered a sign that financial experts are finally recognizing climate change as a financial risk that cannot be ignored.

Meeting Oregon’s climate targets—with or without the legislature

A new report demonstrates that growth in Oregon’s clean energy economy has slowed down, due to its lack of responsive climate policy. 25 states pulled ahead of Oregon in clean energy job growth in 2018. The report concludes that “to stay competitive in a rapidly shifting energy market, the Oregon Legislature must take decisive action in the 2020 session.” In addition to falling behind on clean energy job growth, Oregon is also falling behind on its emissions reductions goals. Oregon Governor Brown stated recently that she is “working with folks on both sides of the aisle and stakeholders to make sure we can get [HB 2020] across the finish line in February” with Senator Michael Dembrow also spending the last few months working colleagues to strengthen the bill for the 2020 session. But Oregonians may not wait for the legislative process. Oregonians already participated in a “day of action” at the state capitol earlier this month, meeting with legislators to convey that climate action should be a major priority of the upcoming session. The Renew Oregon coalition has backed three initiative petitions to put climate policy on the ballot, should the legislature fail to pass the Clean Energy Jobs bill. Renew Oregon is also asking that Governor Brown commit to two major executive actions to administratively enforce the state’s emissions-reductions targets, as well as extend and double the state’s Clean Fuels Standard.

A series of court rulings have forced the Bureau of Land Management to suspend some oil and gas leases, requiring the BLM to conduct analyses of drilling-related climate impacts in order to comply with the National Environmental Policy Act (NEPA). These rulings affect and may suspend nearly one million acres of leases across the West. More news of major coal setbacks this month—in Arizona, the Navajo Generating Station has shut down after burning its last load of coal. In Pennsylvania, the state’s largest coal-fired power plant began shutting down earlier this month, almost two years ahead of schedule. These two shutdowns alone are equivalent to the emission reductions from total coal plant closures in 2015.

A new report highlights recent efforts to encourage veterans to seek out clean energy jobs after their service ends, stating that their military skill set naturally lends itself to these careers. Transitioning to civilian careers can be difficult for veterans, but programs like Solar Ready Vets help exiting veterans receive training to help them prepare for work in the solar industry. The Veterans Advanced Energy Summit helps veterans make the connection between the energy industry, climate change and national security. Through teaching veterans about fossil fuels’ “role in driving war, instability and terrorism”, the summit hopes veterans will consider working in the clean energy sector, rather than in fossil fuels.