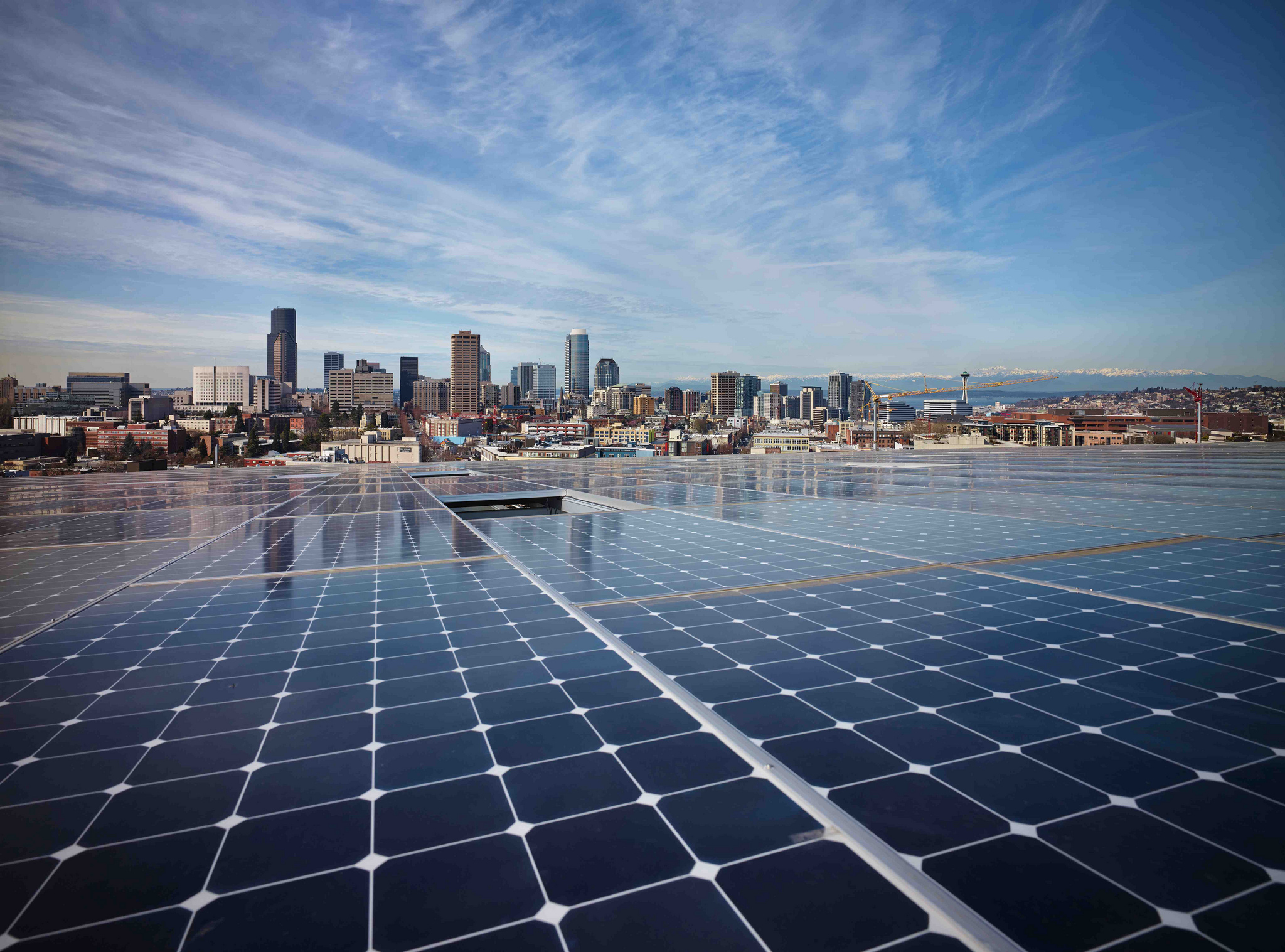 What a difference five years has made! In 2010, the outlook for significant climate action was bleak, with the dismal Copenhagen Climate Summit that failed to produce an agreement on legally binding carbon emission reduction commitments, and the U.S. Senate’s rejection of the American Clean Energy and Security Act of 2009, which would have established a carbon emissions trading system in the United States.

Looking back, however, it appears that these international and national climate leadership debacles unleashed a groundswell of sub-national climate action that is now a force to be reckoned with come December, when global leaders meet in Paris at the United Nations Conference on Climate Change (COP 21) to hopefully hammer out an agreement to address climate change.

Early in July 2015, 50 subnational governments representing two-thirds of the world’s population met at the World Summit Climate Territories in Lyon, France, the principal gathering of non-state actors in advance of COP 21, and pledged to reduce a total of 1.5 billion tons of carbon by 2020. Twenty of the governments—representing more than 220 million people, US$8.3 trillion in gross domestic product, and five percent of global emissions—announced ambitious climate targets.

All around the world, local and regional leaders are stepping forward to address climate change. In a round-up of U.S. sub-national action that doesn’t begin to capture all that is underway, we offer a glimpse of significant state, regional, and city climate action:

Golden State is the Gold Standard

California is the gold standard when it comes to sub-national climate policy in the U.S. As the world’s eighth largest economy, its flourishing carbon cap and trade market will cover 85 percent of the state’s carbon pollution by year end. Both Quebec in January 2014 and Ontario in April 2015 decided to link to California, thereby creating a carbon market of 61 million people—more than 60 percent of Canada’s population. (When combined with British Columbia’s carbon tax, 80 percent of Canada’s emissions will be subject to carbon pricing.) The Golden State’s exemplary climate leadership is proof without a doubt that it is possible to limit, price, and reduce GHG pollution while stimulating significant economic growth.

The United States’ first carbon pricing system, the Regional Greenhouse Gas Initiative (RGGI), launched in 2005 and today covers electricity generation in nine Northeastern states: Connecticut, Delaware, Maine, Maryland, Massachusetts, New Hampshire, New York, Rhode Island, and Vermont. Capping and pricing carbon pollution has not brought economic hardship: “As a whole, the RGGI states have reduced power sector CO2 pollution over 40 percent since 2005, while their economies have grown 8 percent, adjusted for inflation,” according to an analysis of RGGI Investments through 2013.

Just last week, an Analysis Group study found that in the last three years RGGI has spurred 14,000 jobs and $1.3 billion in economic benefit to the region and raised nearly a billion dollars through its carbon permit auctions from 2012 to 2014, three-quarters of which was reinvested in renewable energy and efficiency measures. Reduced regional energy demand meant utilities avoided running their most expensive generators, saving everyone money. Most important, since 2008 RGGI has cut regional emissions from the power sector by 40 percent.

Hawaii Goes All Out 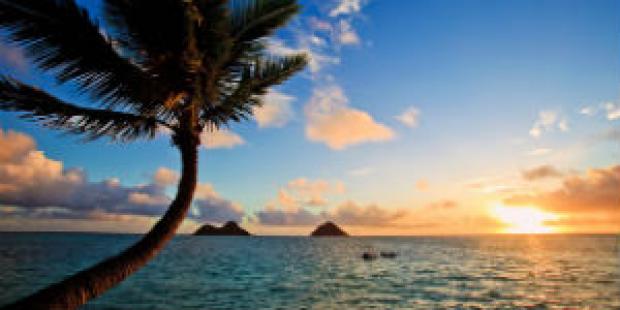 The Hawaii Clean Energy Initiative (HCEI) boasts the most ambitious statewide clean energy targets in the U.S.: 70 percent clean energy by 2030, with 30 percent coming from energy efficiency and 40 percent from locally generated renewable energy. As the most fossil fuel-dependent state in the nation with the highest electricity rates, the HCEI aims to keep an estimated $5.1B in the state instead of spending it on imported oil.

New York State is blazing the path for utility business model innovation, attempting to create an electric grid that permits customers more control over their energy destiny, as well as one that delivers energy more efficiently and is responsive to distributed renewable energy. On April 24, 2014, the New York State Public Service Commission issued an order requiring the state utilities to determine “how best to prepare for a future in which electric vehicles, rooftop solar panels, and other types of local, on-site power generation are commonplace.”

South Rises to the Challenge

Moving to the South, in March 2015 North Carolina Republican State Representative Rep. John Szoka, introduced the Energy Freedom Act to permit non-utility renewable energy owners to sell electricity directly to customers as long as they did not generate more than 125% of the customer’s annual load. Potential customers range from military installations, large institutions, corporations, and homeowners.  The measure has overwhelming support from voters, with over 80 percent favoring passage of the legislation, according to a poll conducted by Conservatives for Clean Energy.

What is particularly interesting about this effort in North Carolina, as well the movement to place a ballot initiative to expand solar choices in Florida and a bill that passed in Georgia to allow third-party leasing for solar homes and businesses, is that these are all happening in states where Republicans are in control and have legislatively blocked clean energy efforts. Conservative U.S. ideology that favors the free market has spawned these efforts to open markets to renewable energy and to allow for decentralized energy production as an element of personal liberty.

King County is Washington State’s largest county and the 13th most populous U.S. county. The King County-Cities Climate Collaboration (K4C) is a coalition of 13 cities and the county, representing 1.5 million people, which is 75% of the county’s population that is responsible for one-quarter of the state’s emissions.

The K4C has committed to ambitious carbon emission reduction for the building, power, and transportation sectors (50 percent below 2012 levels by 2030, with a cumulative 80 percent reduction by 2050). With fossil fuels comprising roughly one-quarter of countywide electricity generation, the K4C has called for the removal of coal from its electricity mix by 2025; a limit on the construction of new natural gas-based electricity generation; and 90 percent renewable electricity countywide by 2030. This meaningful action at the city and regional level will have a significant impact on the state’s carbon footprint. 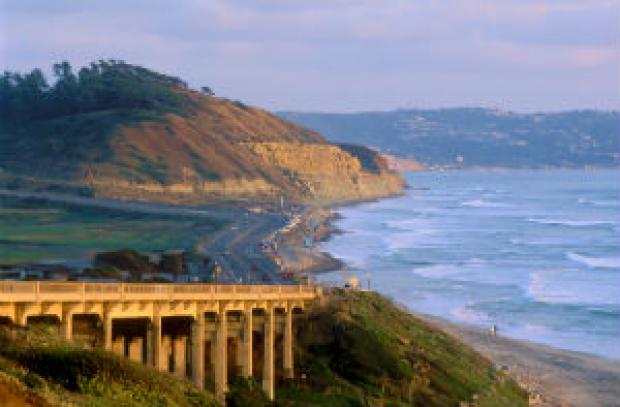 The San Diego Regional Climate Collaborative is a network of public agencies, nonprofit organizations, academia, and businesses in the San Diego region that has banded together to share expertise and leverage resources for climate change planning. In 2014, the Collaborative helped cities in the region with greenhouse gas inventory updates and implementing climate initiatives, such as expanding regional electric vehicle infrastructure. It also partnered with the local energy utility to promote energy efficiency funding and strategies and provided grant application support for sea level rise planning.

In 2015, in partnership with the Collaborative, the San Diego Foundation is issuing $200,000 in grants to help local governments prepare for climate change. The Collaborative won the USEPA Climate Leadership Award for innovative partnerships and local climate activists won a recent lawsuit against San Diego County for failing to ensure carbon reductions in transportation plans.

With half of humanity living in cities and cities emitting nearly 75 percent of global greenhouse gas (GHG) emissions, it makes a huge difference that cities have ignored national inaction and gotten so serious about addressing climate change.

A number of U.S. cities are participating in the Carbon Neutral Cities Alliance (CNCA) through the Urban Sustainability Directors Network, which launched in March 2015. This new collaboration of international cities is committed to sharing best practices to achieving reducing GHG by at least 80 percent by 2050 or sooner. A few examples of North American cities seizing the reins and getting the job done include:

All of this sub-national activity landed 60 mayors from all around the world an invitation from the Pope to meet on July 21-22 in the largest mayoral gathering ever held at the Vatican after the Pope issued his encyclical Laudato Si’ on Care for Our Common Home on May 24, calling for a global conversation about the “intimate relationship between the poor and the fragility of the planet.”

The meeting focused on how sub-national leaders can cooperate to most effectively tackle global climate pollution and avoid permanently impoverishing in future generations. The outcome was a pledge for bold action on climate change that provides clear direction to national governments to do the same when they meet at the UN climate talks in Paris this December.

Fortunately for all of these local and state climate-conscious leaders, there is an economic benefit to addressing climate change. Low-carbon cities represent a $17 trillion economic opportunity, according to a Global Commission on the Economy and Climate report that offers 10 climate-smart measures—led by energy efficiency—that would boost local economies and achieve 96 percent of the GHG emission reductions needed by 2030 to keep the Earth from warming beyond 2 degrees Celsius.

Exemplary local climate leadership does not for one minute let national leaders off the hook for reaching a meaningful accord in Paris. But it is reassuring to know that while national leaders have fiddled—especially in the U.S. Congress—local government leaders are not standing by idly while the planet burns.