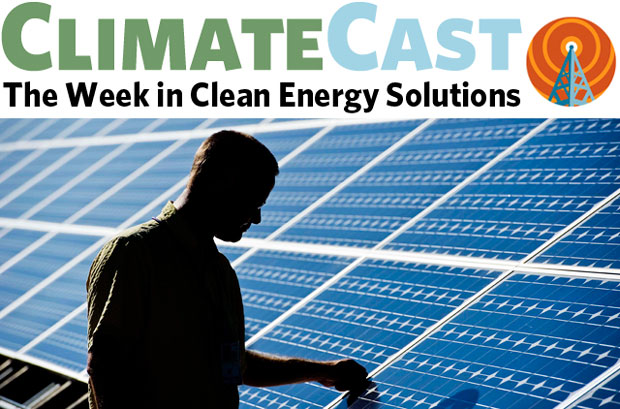 Washington State is continuing to move forward on multiple climate policies, including a 100% Clean Electricity Standard, the HEAL Act, which addresses environmental health disparities, and a Clean Fuel Standard. The Clean Fuel bill would limit the amount of carbon emitted by cars and trucks, reducing carbon pollution from transportation by 20 percent by 2035, and reduce health-related impacts, particularly in low income communities and communities of color. In Oregon, amendments to the Clean Energy Jobs bill were recently released, leaving the bill’s most significant environmental mandates in place while providing additional support for rural Oregonians. In the midst of the federal government’s push to open 90 percent of federal waters to oil exploration, Oregon passed a law permanently banning offshore drilling, and is also considering a ten year ban on fracking. In California, a new report shows that the state’s cap and trade dollars have been spent predominantly for projects that incentivize the state’s continuing transition to a clean energy economy, including electric car rebates, solar projects, and funding to help local governments expand transit.

Saying no to dirty power

A federal court has rejected the argument by a coal shipping company that the state lacked the power to protect clean water in the company’s effort to open the largest coal export facility in North America in Longview, Washington. In a major shift for customers in southern Idaho and eastern Oregon, Idaho Power has announced a goal to operate entirely on clean energy by 2045, becoming one of the first utilities in the country to voluntarily set such a goal. Dominion Energy, which serves nearly 7.5 million customers in 18 states, will permanently close ten coal-fired power plants in Virginia because the facilities are not profitable. In Wyoming, a judge has blocked a proposal that would have allowed the U.S. government to conduct oil and gas drilling in the state. The judge said that the U.S. government must consider the impacts of climate change as it leases public lands for energy exploration.

Five of the world’s largest oil and gas companies have spent nearly $200 million per year lobbying to delay, dilute or obstruct policies that would reduce climate pollution. Thirty three global banks have provided $1.9 trillion to fossil fuel companies since 2015, and the amount of financing has continued to rise. In Oregon, campaign finance reformers have exposed “dark money” entities that actively work to block climate policies on the state level. These findings come on the heels of The Oregonian’s “Polluted by Money” series, an in-depth look at how corporate cash has weakened or blocked environmental policiesin the state.

The world’s largest shipping company, A.P. Moller Maersk, is testing biofuels and other non-fossil strategies as part of an effort become carbon neutral by 2050. This potential shift holds significant implications, as 90 percent of the world’s goods are transported by ship. Back on land, General Motors plans to spend $300 million to build electric cars at its plant in Detroit, hiring an additional 400 workers. In New York City, a new analysis on the city’s fleet has found that maintenance costs for electric vehicles are less than gas, hybrid, and plug-in hybrid car models.

New wind and solar are cheaper than existing coal

The cost of solar power has dropped so much that solar may soon rival the cost of wind. Even Big Oil wants to jump on the solar bandwagon; BP is in talks with a solar developer to help power their U.S. operations. In many parts of the U.S., building new wind and solar would be cheaper than continuing to operate existing coal plants. With battery prices down 85% since 2010, several companies are developing large-scale solar storage projects, including a project in Florida that would be four times larger than any battery system in operation.

Iran is experiencing widespread flash flooding; at least 45 people have been killed, and flooding has worsened in recent days with yet another storm. In Mozambique, a cyclone has killed over 500 people, and over 500 cases of cholera have been confirmed in the area due to lack of clean food and water following the cyclone. In 2018, extreme weather displaced two million people. In the Midwest of the U.S., multiple states are still grappling with historic flooding that has damaged farms, livestock and communities. Flooding may persist for months due to additional snow melt, and some farmland may take decades to recover. When floods hit cities, people in poor neighborhoods suffer more damage and are less likely to have their problems addressed. Examples of climate-related mental health crises continue to grow, as droughts in Australia are having severe mental health impacts on farmers.

The need to act on climate quickly

Fifty wildfires broke out in Western Washington one week in March, heralding an early start to fire season and raising concerns of another smoky, fire-filled summer. Worldwide climate-warming emissions are still increasing, including from coal plants. Global insurers are warning that climate change could soon make insurance unaffordable for the average person And a Federal Reserve Bank of San Francisco researcher found that climate change could spur a financial crisis, as financial losses increase due to climate disasters like wildfire, flood and drought.

In Brief: Americans are increasingly concerned about climate

A new Gallup poll found that 66 percent of U.S. adults acknowledge that climate change is caused by pollution from human activities, and the political focus on climate change is increasing dramatically around the country.